The historian analyses the Great War and asks: was the sacrifice worth it? Was it all really an inevitable cataclysm and were the Germans a genuine threat? Was the war, as is often asserted, greeted with popular enthusiasm? Why did men keep on fighting when conditions were so wretched? Was there in fact a death wish, driving soldiers to their own destruction? In the Great War’s centenary year, the historian offers a provocative analysis: that going to war in 1914 was the biggest mistake in British history. 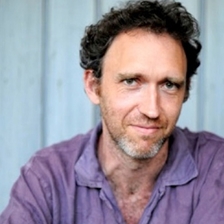