Elvira Lindo and Ángeles González-Sinde talk about literature and film with the journalist Luis Alegre. The two have already worked together on Una palabra tuya, a film directed by González-Sinde and based on the novel by Lindo which won the Biblioteca Breve award. Elvira Lindo also wrote the script for the recent film La vida inesperada and González-Sinde was shortlisted for the 2013 Planeta Prize for her novel El buen hijo.

Co-organised with the Fundación Lara 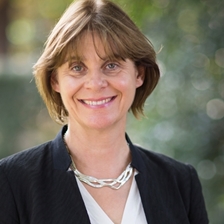