Two Literature Nobel laureates (from 2010 and 2008 respectively) talk about their literary careers. Chaired by the writer Carlos Granés.

Simultaneous translation from Spanish into English

Co-organised with the Ayuntamiento de Segovia, Ayuntamiento de Córdoba, Cosmopoética and the Cátedra Mario Vargas Llosa, in association with the Institut Français and the French Embassy in Spain, and in collaboration with Air France 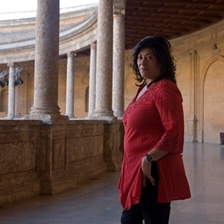