The launch of the ninth Hay Festival Segovia includes a speaker event on Freedom of Speech, the official opening of a temporary bookshop and a festival exhibition, and the ringing of bells in fifteen Segovian churches.

The Spanish daily El País has invited representatives from five major newspapers from the UK, Spain, Italy, Switzerland and Poland to discuss how Europe has changed in the last 100 years. The discussion will focus on what lessons have been learned from the First World War, the impact of the media on the construction of Europe and the future of the European Union.

The participants are Giles Tremlett, journalist at The Econmist; Guillermo Altares, journalist at El País; Paolo Rumiz, columnist for La Repubblica; Oliver Meiler, contributor to Tages-Anzeiger; and Adam Michnik, director of Gazeta Wyborcza. The event is chaired by Ignacio Torreblanca, Head of the Madrid office of the European Council on Foreign Relations (ECFR). The event is presented by the British Ambassador to Spain Simon Manley and the President of IE University, Santiago Íñiguez.

Simultaneous translation into Spanish from English, Italian and Polish

Organised in conjunction with El País, Renfe and the British Embassy in Spain

In collaboration with the Ayuntamiento de Segovia, AECID, the Italian and Swiss Embassies, the Instituto Polaco de Cultura in Madrid, newspapers The Economist, La Repubblica, Tages-Anzeiger and Gazeta Wyborcza, BCD Travel and Protos

Launch of the Ivorypress temporary bookshop and the exhibition of Photobooks from the Banco Sabadell and Arts Libris Collections.

All books published by Elena Ochoa Foster’s famous publishing house Ivorypress are available until the end of the festival. These include a selection of books on photography, contemporary art and architecture.

This exhibition features key work from the last ten years and has a specific focus on work produced during the last five years. Open until 15 November.

Church bells ring in fifteen Segovian churches to herald the start of the ninth edition of Hay Festival Segovia. 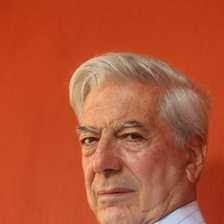