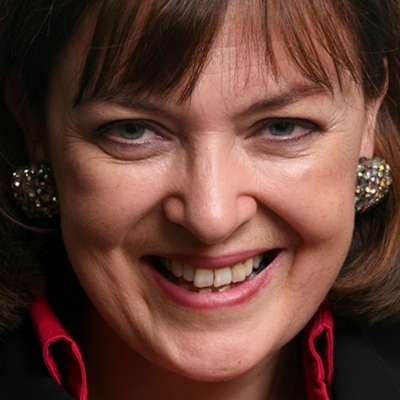 Connect: How Companies Succeed by Engaging Radically with Society

The former BP CEO of BP articulates and explores the recurring rift between big business and society, offering a practical manifesto for reconciliation. It’s a call to arms for real and effective corporate social responsibility.  Chaired by Rosie Boycott. The first authoritative history of the Submarine Service, the most secretive and mysterious of Britain’s armed forces, from the end of the Second World War to the present. As we come to decide whether to renew the nuclear deterrent, Hennessy and Jinks analyse the development of Britain’s submarine fleet, its capabilities, its weapons, its infrastructure, its operations and, above all – from the testimony of many submariners and the first-hand witness of the authors – what life is like on board for the denizens of the silent deep.

Fiction: At The Edge of the Orchard

The novelist discusses her new book set in C19th America. In this rich, powerful story, Chevalier is at her imaginative best, bringing to life the urge to wrestle with our roots, however deep and tangled they may be. Cambridge Series 6: Does Education Cause Social Mobility? If not, What Does?

It’s common sense that the best stimulus to social mobility is education. But the facts of the past 50 years – a period of unprecedented social mobility – suggest that people may be just as mobile however much or little education they have.  So what does cause social mobility, if not education?  And what, if anything, can governments do to promote it?

An insight into the museum’s exquisite collection of more than 1,000 wax botanical models, through the eyes of a model-maker. Find out about the materials and techniques used to make models look realistic, the historical context of the collection and its relevance to modern natural history displays. Townsend is Senior Conservator Natural Sciences, National Museum Cardiff.

The writer’s new novel has immigration at its heart. It is the story of Joe’s struggle to save the family-run café in Bryn Mawr that was started before the war by his Italian great-great grandfather. He vows to keep it open, and find out more about his past at the same time, as well as trying to bring a diverse town together through good food and fine times.

Illustrator and animator Benji Davies describes and demonstrates how he creates his stunningly beautiful picture books. In particular he explores his latest book which touchingly explores how a young child deals with the death of a favourite grandparent. John Mullan is a professor of English at University College London

Join Jamie at lunchtime on Sunday for lively conversation, laughter and music. How’s your week been? 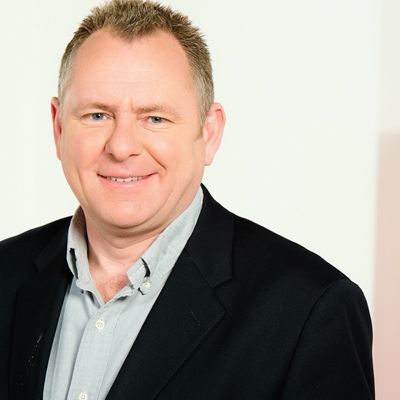 When Tony Blair became prime minister in May 1997, he was, at 43, the youngest person to hold that office since 1812. With a landslide majority, his approval rating was 93% and he went on to become Labour’s longest-serving premier. What went wrong? #Corruptiooptimipessima. The Chilcot report is expected in June. The brilliant new novel from the Orange Prize-winning author of We Need to Talk about Kevin centres on three generations of the Mandible family as an extreme fiscal crisis hits a near-future America. This is a frightening, fascinating, scabrously funny glimpse into the decline that may await the United States all too soon. Close to the Brink: Our Energy Future

A UK energy crisis is looming. 38 Gigawatts is going off-line and only 18GW is currently available to replace it. That includes Hinkley Nuclear and Swansea Tidal Bay. With climate change requiring a low-carbon future, where will our energy come from? Davenport is CEO of Good Energy, Gupta is owner of Uskmouth Power Station, Phillips is National Grid's UK Generator and Asset Compliance Manager and Linder is Energy Futures Partner at Bell Pottinger PR.

The Pursuit of Development: Economic Growth, Social Change and Ideas

The process by which nations escape poverty and achieve economic and social progress has been the subject of extensive examination for hundreds of years. Goldin considers the contributions that education, health, gender, equity and other dimensions of human wellbeing make to development, and discusses why it is also necessary to take into account the role of institutions and the rule of law as well as sustainability and environmental concerns. Chaired by Jesse Norman. The best-selling author has jokes a-plenty as he talks about Vikings, Romans, My Brother’s Famous Bottom, a karate princess and Streaker, the world-famous, hundred-mile-an-hour dog. Draw me a City

Watch and join the illustrator on an adventure through some of the world’s iconic cities – London, Paris and New York. Learn how to draw wonderful cityscapes and characters and create your own pictures. How intelligent (or otherwise) are robots? Is it a good thing that they can steal our jobs? And will robots ever take over the world? Dr Iida is a Lecturer in Mechatronics at Cambridge. Shylock is My Name

With an absent wife and a daughter going off the rails, wealthy art collector and philanthropist Simon Strulovitch is in need of someone to talk to. So when he meets Shylock at a cemetery in Cheshire’s Golden Triangle, he invites him back to his house. It’s the beginning of a remarkable friendship. The Man Booker winner’s version of The Merchant of Venice bends time to its own advantage as it asks what it means to be a father, a Jew and a merciful human being in the modern world.
#TALKINGABOUTSHAKESPEARE

The Morning They Came For Us: Dispatches from Syria

Delivered with passion, fearlessness and sensitivity, The Morning They Came for Us is an unflinching account of a nation on the brink of disintegration, charting an apocalyptic but at times tender story of life in a jihadist war. It is an unforgettable testament to human resilience in the face of devastating, barely imaginable horrors.  Di Giovanni is Middle East editor of Newsweek and the author of Madness Visible. How should we value the Arts in the schools curriculum? What do we learn from putting on plays, playing in bands, painting and dancing? The CEO of the Creative Industries Federation and his guests challenge the government’s focus on STEM subjects and examine the place of culture in British education and the national economy.

BBC Radio 3’s Rana Mitter announces the 2016 New Generation Thinkers who will be turning their academic research into radio.  Their ideas range from the history of the hairdresser to the search for Alexander the Great's missing tomb; why Sigmund Freud detested the telephone to the complex relationship between the USSR and its historic churches.  At the Hay Festival they will be talking about the significance of bear grease and eating aubergines, exploring the impact of key historic events including the Biafra War and the 1947 Partition of India and Pakistan and explaining what the process of recreating an astronomical instrument called an equatorium used by a medieval monk teaches us about early scientific instruments.

New Generation Thinkers is a scheme run by BBC Radio 3 in partnership with the Arts and Humanities Research Council to find academics who can turn their research into great programmes. Luiselli’s The Story of My Teeth is an idiosyncratic journey in the company of Gustavo ‘Highway’ Sanchez, an eccentric auctioneer on a mission to replace all his teeth. Herrera’s Signs Preceding the End of the World explores the crossings and translations people make in their minds and language as they move from one country to another (in this case Mexico to the United States), especially when there’s no going back. Busquets’ This Too Shall Pass is a lively, sexy and moving novel about a woman facing life in her forties, set on the idyllic Spanish coast.

With the support of The Mexican Embassy