AI: Its Nature and Future

In this 500th anniversary of Thomas More’s Utopia three writers tell the stories of people escaping horrors and seeking a better world elsewhere. These are the inside stories of refuge and migrations. McDonald-Gibson is the author of Cast Away: Stories of Survival from Europe’s Refugee Crisis; Kingsley is the author of The New Odyssey: The Story of Europe’s Refugee Crisis; Rawlence’s book is City of Thorns: Nine Lives in the World’s Largest Refugee Camp. Chaired by Oliver Balch.


In association with Wales Pen Cymru

Animal: The Autobiography of a Female Body

“Women have so much going on, what with boobs and jealousy and menstruating and broodiness and sex and infidelity and pubes and wombs and jobs and memories and emotions and the past and the future and themselves and each other.” The comedian combines autobiography and evolutionary history to create a funny, fascinating insight into the forces that mould and affect modern women.

Cambridge Series 8: The Strange Rebirth of Nuclear Power in Britain

Twenty years ago the UK stopped building nuclear stations. Why are we now planning an £18 billion, French-Chinese, nuclear power station at Hinkley Point? Taylor is lecturer in finance at Cambridge University.

How to Break into the Media

A masterclass on how to get started in the media, featuring a discussion with researchers and producers from radio, television and online.

The Lovers and the Despot: A Preview Screening and Q&A

The film-makers introduce a preview screening of their documentary film about the crazy story of Kim Jong-Il and his kidnapping of South Korean actress Choi Eun-hee and her estranged director husband Shin Sang-ok to make films for him in North Korea.  Chaired by Jasper Fforde.

What is the future for coastal development?

One of the greatest peacetime disasters in British history occurred during William Shakespeare’s lifetime. The Great Flood of 1607 devastated large tracts of land on both sides of the Severn Estuary. Learning from the river can help to inform our past and our global future relationship with coastal development. Lewis is Senior Curator Roman Archaeology, National Roman Legion Museum.

To Wee or Not to Wee!

Take a fresh look at Shakespeare with the Blue Peter Award-winning author  as she gives action-packed retellings of Macbeth, Hamlet, A Midsummer’s Night Dream and Romeo and Juliet.

How to Find Gold

Join the picture-book creator on a journey through the imagination searching for hidden treasure. There’s gold to find and secrets to keep but, above all there is a wonderful story to celebrate. With live drawing, treasure maps and story time, this is perfect for little adventurers.

A conversation with the Executive Secretary of the United Nations Framework Convention on Climate Change, who is now charged with delivering the COP21 Agreement, signed in Paris.  If anyone can do it, she can. And she will.

In association with the British Academy

On 4 July 1187 Saladin destroyed the Crusader army of the Latin Kingdom of Jerusalem in a terrible slaughter at the battle of Hattin. He went on to restore the Holy City of Jerusalem to Islamic rule. The carnage at Hattin was the culmination of almost a century of religious wars between Christian and Muslim in the Holy Land. In the C20th the battle was revived as a symbol of Arab hope for liberation from Crusader-Imperialism, and in the C21st it has become a rallying cry for radical Muslim fundamentalists in their struggle for the soul of Islam. Chaired by Peter Florence.

The author of The Tulip and The Curious Gardener explores the different ways in which we have, throughout the ages, responded to the land. While painters painted and writers wrote, an entirely different band of men, the agricultural improvers, also travelled the land and published a series of remarkable commentaries on the state of agricultural England. They looked at the land in terms of its usefulness as well as its beauty and, using their reports, Pavord explores the many different ways in which land was managed and farmed, showing that what is universal is a place’s capacity to frame and define our experience.

The great comic writer, author of What A Carve Up! and The Rotters’ Club, introduces his new novel. It’s about the hundreds of tiny connections between the public and private worlds and how they affect us all. It’s about the legacy of war and the end of innocence. It’s about living in a city where bankers need cinemas in their basements and others need food banks down the street. It’s about how comedy and politics are battling it out and how comedy might have won.

Cambridge Series 9: The Future of Europe

As support for the extremes of the political spectrum increases across Europe, and Britain threatens to pull out of the EU, what does the future hold for our continent? Abbas is a research associate at the University of Cambridge, Bickerton is a lecturer in politics and Karcher is a research associate in the Faculty of Modern and Medieval Languages. Simms is the author of Britain's Europe: A Thousand Years of Conflict and Cooperation.

The best-selling author’s teenage heroine, Hel, knows every feeling of adolescence. But as goddess of the Underworld, when she behaves badly she doesn’t just get sent to her room; she gets sent to rule over the dead for all eternity! Hel has powers that most teens can only dream of – but they come at a price. Join the illustrator on a journey of discovery in some of the Earth’s most amazing habitats. Explore the coral on the Great Barrier Reef, experience the astonishing peaks of the Himalayas, trek through the Amazon rainforest, experience the darkest paths of the Black Forest and the dry heat of the Chihuahuan desert.  And then draw your own ‘wonder garden’. Always wanted to get your fingers inky? Learn to use an Adana tabletop printing press with Dulcie Fulton of Mostly Flat. Come and print tactile letterpress bookmarks that have been designed using traditional movable type and decorative ornaments.

Misbehaving: The Making of Behavioural Economics

From the renowned and entertaining behavioural economist and co-author of the seminal work Nudge, Misbehaving is an irreverent and enlightening look into human foibles. Traditional economics assumes that rational forces shape everything. Behavioural economics knows better. Thaler has spent his career studying the notion that humans are central to the economy - and that we’re error-prone individuals, not Spock-like automatons. Now behavioural economics is hugely influential, changing the way we think about not just money, but also about ourselves, our world and all kinds of everyday decisions.

Never in human history was there such an opportunity for freedom of expression. If we have internet access, any one of us can publish almost anything we like and potentially reach an audience of millions. And never was there a time when the evils of unlimited speech flowed so easily across frontiers: violent intimidation, gross violations of privacy, tidal waves of abuse. With vivid examples – from his personal experience of China’s Orwellian censorship apparatus to the controversy around Charlie Hebdo as well as a very English court case involving food writer Nigella Lawson – Garton Ash proposes a framework for civilized conflict in a world in which we are all becoming neighbours.

The language of genes has become common parlance. We know they make your eyes blue, your hair curly or your nose straight. The media tells us that our genes control the risk of cancer, heart disease, alcoholism or Alzheimer’s. The cost of DNA sequencing has plummeted from billions of pounds to a few hundred, and gene-based advances in medicine hold huge promise. So we’ve all heard of genes, but how do they actually work? Arney is an award-winning science writer and broadcaster who specialises in genetics and biomedical science. 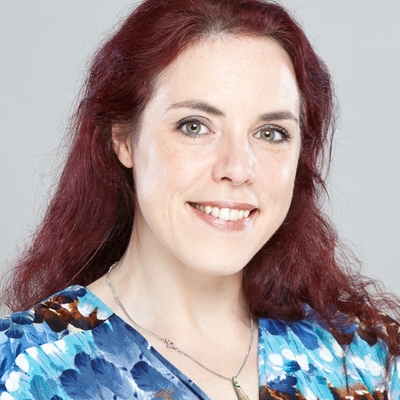 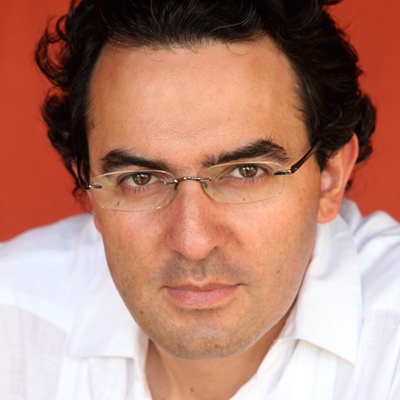 Join us behind the scenes to watch BBC Radio 4’s long-running lunchtime news analysis programme as we broadcast live from Hay every weekday in the BBC Tent. Presented by Martha Kearney with special guests.

Broadcasting live on BBC Radio 4 at 1pm. Please be seated by 12.50pm Read more
Join us in a continuing conversation about how to help children grow into resilient adults. Professional speakers and young people with experience will pool their knowledge with the participants. Interactive and informative workshop facilitated by Saci Lloyd, Young Adult Author and Family Mediator Claire Jackson, from Wye Valley Mediation.

There will be speakers from the Samaritans, Powys and Herefordshire County Council, the NHS and others from the 3rd sector.

We will cover the effects on children of separation, problems in school, bullying, dyslexia, anxiety, eating disorders, self-harm and what we can do to develop resilience.
Free but ticketed
This event has taken place
This event is available on Hay Player