I think every good travel book should be the product of an internal need and often of an unexpected intuition. Michael Jacobs 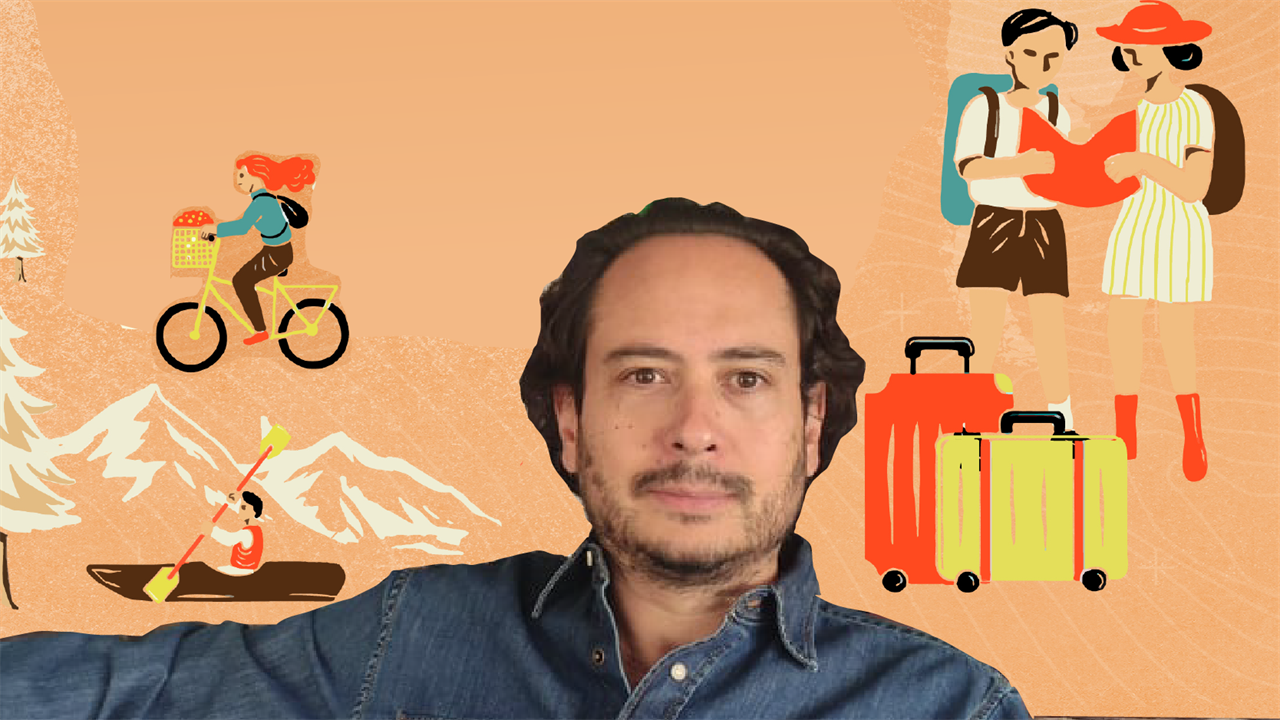 After Michael Jacob’s passing in 2014, the FNPI (Gabriel García Márquez New Journalism Foundation) and the Cartagena Hay Festival—which have enjoyed a decade-long partnership—decided to jointly organise the Michael Jacobs Travel Writing Grant as an homage to the British writer. This year, the grant enjoys the support of the Michael Jacobs Foundation.

For this eighth edition, the jury which was formed by Santiago Willis (Colombia), winner of the grant in 2021; Jon Lee Anderson (United States) and Daniel Samper Pizano (Colombia), teachers at Fundación Gabo, chose Guzmán Rubio’s project among 254 applicants.

With the winning project, Sí hay tal lugar: viaje a las ruinas de las utopías latinoamericanas, Guzmán Rubio plans to create a book of travel chronicles to tell the story of his journey through the tracks left behind by some of the Latin American utopias.

The unanimous selection of Guzman Rubio’s project, according to the certificate of the verdict presented by the jury, is an award to journalism written with vigorous language, with clear and potent structure and storytelling. According to the jury, “it is a very interesting application that induces us to reflect on the new worlds that were founded in America, the ideas that drove them and what is left of them.”

The author aims to go over the history of Latin America from a rarely explored point of view: that of the most generous and most terrible dreams that didn’t come true. .

He is the author of the book of chronicles El miembro fantasma, the novel Será mañana and the book of short stories Los andantes, as well as numerous works of children’s and YA literature. He studied Hispanic Literature at the National Autonomous University of Mexico, where he has also been a lecturer, and he received his doctoral degree at the Autonomous University of Madrid, with a thesis on Hispanic American travel stories. He is currently a Writing professor at the Autonomous Technological Institute of Mexico and collaborator of the cultural supplement El Cultural.

This grant’s purpose is to provide an incentive for travel journalism. The fourth edition awarded 7,500 American dollars to a travel book or article project that takes Spanish Latin America or Spain for its subject, to be published in Spanish or English.

In selecting the winner, the jury considered the narrative quality and the journalistic depth of the projects. For Michael Jacobs, travel journalism went beyond the mere anecdote, and this grant therefore seeks work capable of awakening the five senses and opening the mind of the reader.

From its first edition, this scholarship has made visible new journalistic references in the field of travel writing: Álex Ayala Ugarte, from Spain, winner in 2015 with his book Rigor Mortis: La normalidad es la muerte; Federico Bianchini, from Argentina, winner in 2016 with the book Antártida: 25 días encerrado en el hielo; Diego Cobo, from Spain, winner in 2017, with the series Huellas negras: el rastro de la esclavitud; in 2018, the winner was Sabrina Duque, from Ecuador, with the project Nicaragua: pueblos, lava y ceniza. 2019's award was received by the Argentinian Ernesto Picco, with Un pequeño país aparte, a book on a journey to the Falkland Islands, the object of an ongoing sovereignty dispute between Argentina and the United Kingdom

For more information about the scholarship details, click here.

Michael Jacobs was born in Italy in 1952, spent his youth in England, and later travelled to different parts of the world, investigating and writing about Spain and Latin America. He became a notable Hispanist and a passionate devotee of Spanish culture.

Although he studied art history at Courtauld Institute, he decided to leave behind that career to write. After writing several books on art, he published Andalucía, the first of many books dedicated to this region of Spain. He later took up residence in a small town called Frailes in the province of Jaén, the subject of The Factory of Light: Tales From My Andalucian Village, an account of his first five years in this village of two thousand people.

In 2003, he published Ghost Train Trough the Andes, a tale of his journey through Chile and Bolivia, recreating his grandparents’ love story on a train trip across the Andes, between Antofagasta and Potosí.

Michael Jacobs’ appeal in the Spanish-speaking world was so great that the small town of Frailes became his Macondo. Perhaps that explains why the day that he met Gabo at the Cartagena Hay Festival inflected his life. They spoke about Gabo’s memories of the Magdalena River, an obsession of Jacobs’. That meeting with García Márquez moved the Englishman to travel the waterway the next year, a journey recorded in his book The Robber of Memories. This, his last book, is not only a portrait of the most important fluvial artery in Colombia but also a nostalgic reminiscence of his relationship to his parents and his childhood.

Today, Jacobs is a global benchmark when it comes to travel writing and his work is a staple of travel writing canons. Michael Jacobs passed away in London on January 11, 2014, leaving behind an unmatched and evocative legacy.