Royal Botanic Gardens, Kew partners Hay Festival globally to stage a series of environmentally focused discussions and lectures to help foster an understanding of the importance of protecting our planet and its unique biodiversity at a time of increased threats. 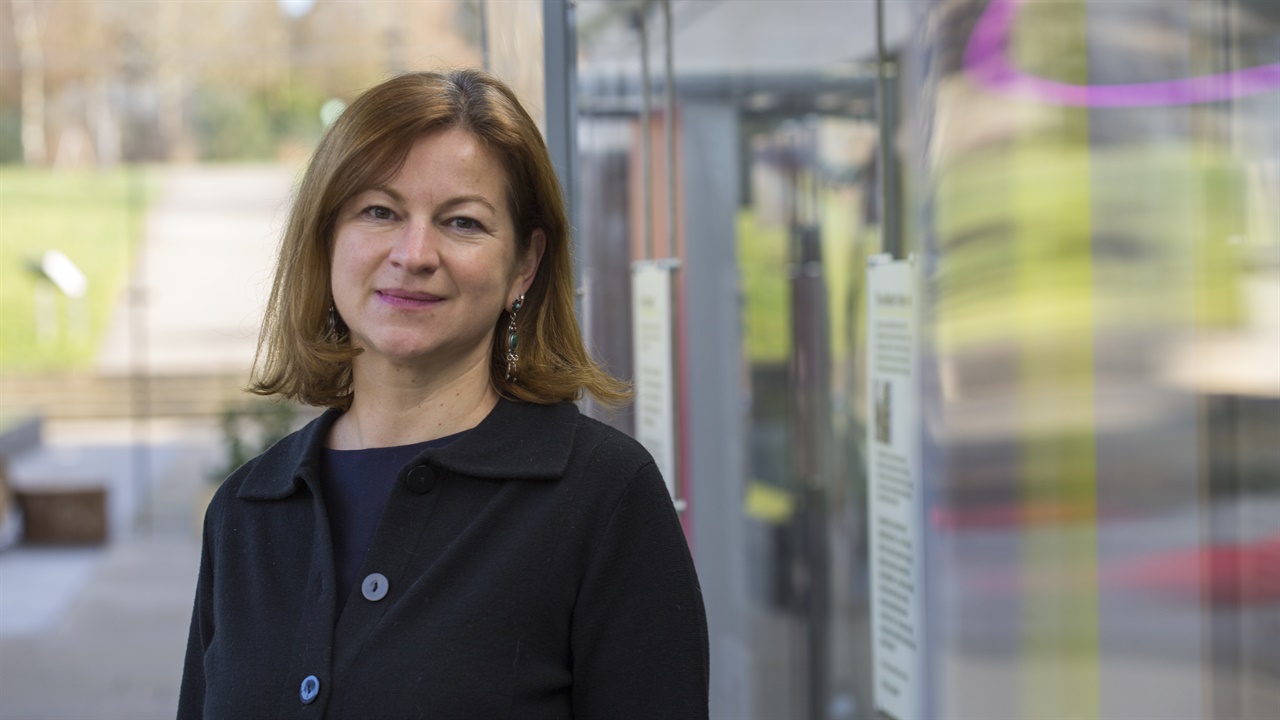 Mexico is currently one of ten priority countries for the Kew Science botanical organization. The Kew Royal Botanic Gardens (United Kingdom) has focussed its efforts in tree planting, following the principles of reforestation set down in the Right Tree, Right Place guide. In 2021, Kew published 10 Golden Rules for Restoring Forests, which has been welcomed and praised around the world. This project has been supported by P&G’s Herbal Essences brand in order to help small farmers recover and reforest degraded areas with native trees, increasing biodiversity and conserving important and vulnerable ecosystems, such as tropical montane cloud forest and the pine and oak woods of Veracruz. At this event, our expert guests will talk about the power of trees and the importance of creating healthy relationships with nature. Patricia Dávila Aranda, Secretary of Institutional Development at UNAM, and Tiziana Ulian, a Senior Researcher and expert in sustainability at Kew, will talk to Cecilia Barría.

Imagine... well-being; The power of mushrooms, a look at the marvels of Colombian fungi. Mauricio Diazgranados and Aida Vasco in conversation with Brigitte Baptiste

This event will offer a look at one of the richest and most unexplored of nature’s domains: fungus. The team at the Royal Botanic Gardens in Kew has worked in Colombia together with the Alexander von Humboldt Institute for Research into Biological Resources, with the collaboration of ASCOLMICOL, studying the territory’s great diversity of fungi and their potential. The goals have been to promote knowledge about native species and the value of the products that can be produced from them, as well as to motivate sustainable use and to rescue traditional knowledge about them that exists among local populations. The researcher and biologist, Mauricio Diazgranados, and the mycologist and Chair of the Colombian Mycology Association, Aida Vasco, will talk to the biologist and Rector of the EAN University, Brigitte Baptiste, about the fascinating kingdom of fungus in the Colombian context.

Julia Carabias is a Mexican biologist and researcher at the Faculty of Science at la UNAM. She was chair of the National Ecology Institute, Secretary of the Environment, Natural Resources and Fisheries (1994-2000), and has been part of several UN environmental committees. In 2017 she won the Belisario Domínguez Medal and the 23rd Ecology and Environment Prize, and in 2019 an honorary doctorate by the UNAM. She is a member of National College. The speech she gave on entering the National College, on sustainability, social welfare and the conservation of cultural heritage in Mexico, was published as a book in 2019. She will talk to the Biology Doctor Mauricio Diazgranados Cadelo, leading researcher in the field of biodiversity and sustainability at Royal Botanic Gardens, Kew.

Deforestation has skyrocketed in Colombia since the peace deal of 2016. In the BBC Our World documentary Colombia: Saving Eden, Frank Gardner joins a team of scientists from the Royal Botanic Gardens, Kew as they go on a mission into virgin tropical rainforest. They hope to discover and save rare plant species before they are destroyed and vanish forever. This conversation develops the story set out in the film - available here - exploring issues of deforestation, peace-building post conflict, poverty, development and conservation both in Colombia and the wider world. BBC Security Correspondent and thriller writer, Frank Gardner is the presenter of the documentary, Diazgranados is the research leader from the Royal Botanic Gardens features in the film.

Watch or listen to the event on Hay Player

The research of Professor Alexandre Antonelli centres on the origin and evolution of the rich biodiversity of tropical regions, with particular emphasis on the Andean and Amazonian regions of South America. In February 2019, Antonelli was appointed as the new Director of Science at Kew Gardens. In this post, his intention is to have the Kew scientists tackle problems in today’s world with plant-based solutions. Specifically, they aim to discover species that can contribute to achieving the UN Sustainable Development Goals regarding poverty, inequality, climate change and environmental degradation. He talked to Camilo Jiménez Santofimio about biodiversity and how we can begin to value it in a world where there is constant pressure to develop land for use by humans.

Michael Way is a British ecologist with ample experience in conservation of plants and seeds. Since 1992 he has been part of the team at Kew Gardens (United Kingdom) where he works at the Millennium Seed Bank and manages a number of plant conservation partnerships in the Americas. He develops projects and shares specialized knowledge in collection and conservation of genetic resources in Canada, the United States, Mexico and the Andean region. At this event, he talked to Daniel Montesinos about new ways to conserve biodiversity and take care of the planet.

This conversation between Doctor Rafael Lira (UNAM) and Doctor Tiziana Ulian from the Royal Botanic Gardens (United Kingdom) explored our comprehension of plants in nature while we fight to protect biodiversity from the different dangers that threaten it. Using some examples of the work of scientists at Kew Gardens in Mexico and other countries, they analysed our relationship with nature and our priorities, and looked at how science can help us with some solutions. The event was introduced by Kew Gardens' Ambassador Andrés Rozental.

Mary Robinson, former President of Ireland and United Nations High Commissioner for Human Rights, and winner of the prestigious Kew International Medal for her work on climate justice, talks to scientist Emily Shuckburgh about her new book, Climate Justice: Hope, Resilience, and the Fight for a Sustainable Future..

Watch or listen to the event on Hay Player

Royal Botanic Gardens, Kew works in over 100 countries worldwide, to map, research and understand plants and fungi. Kew also focuses on training local people to share its vast archive of data to inform global discussions on conservation and land use. This work involves a network of partner organisations and scientists.

In Mexico, Kew has been working for over 15 years on the conservation of Mexican flora in partnership with Fes-I UNAM (Facultad de Estudios Superiores Iztacala of the Universidad Nacional Autónoma de México), and most recently launched a new project together with Fesi-UNAM and the NGOs Pronatura México and Pronatura Veracruz, to conserve native useful trees of Mexico to maintain its natural capital.

In Peru, Kew is doing work to map land use, and recently announced a new project around seed banking to improve conservation and access to medicinal plants from the highlands of Moquegua Peru. The aim is to build scientific capacity for the collection, conservation and use of seed from wild medicinal plants. The fieldwork of the project is close to Arequipa where the Hay Festival takes place in November.

In Colombia, Kew’s Colombia Bio programme has already been underway for three years, helping to transform the Colombian economy into one based on green growth, by assisting the country to make sustainable use of its natural capital and rich biodiversity. 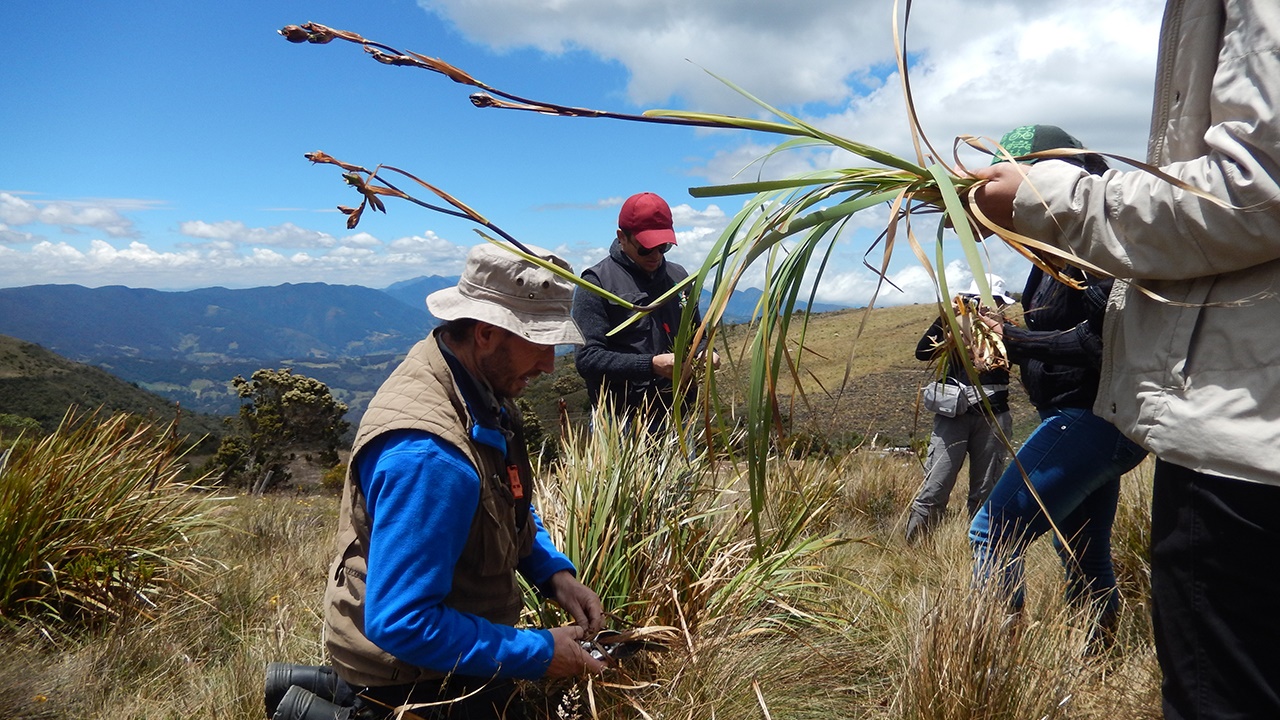