Powerful girls, swirling adventures, fantasy worlds and a breathtaking love story – join the authors of The Girl of Ink and Stars and Rebel of the Sands, two of the most exciting first novels of 2016, as they reveal the inspiration behind their sensational debuts.

The Only Way is Shakespeare

Ever wondered what would happen if Richard III met Bottom? Or if Cleopatra met Falstaff?  Some of Shakespeare’s best known and loved characters will be the inspiration for this iPad filmmaking workshop, where you can create your very own stop motion animation.

Ewan Fernie is a Professor at the University of Birmingham’s Shakespeare Institute.

The gardening writer celebrates the work of William Kent, Capability Brown and Humphrey Repton, the men who pioneered a gardening revolution and remade the English landscape. 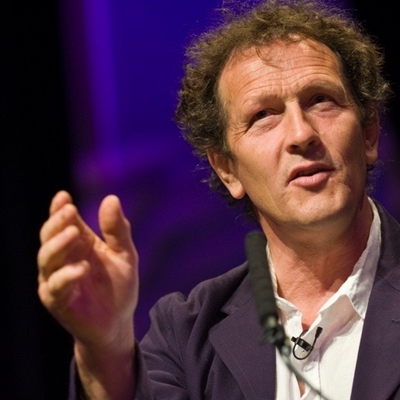 Burma ’44: The Battle That Turned Britain’s War in the East

In February 1944, a rag-tag collection of clerks, drivers, doctors, muleteers, and other base troops, stiffened by a few dogged Yorkshiremen and a handful of tank crews managed to hold out against some of the finest infantry in the Japanese Army, and then defeat them in what was one of the most astonishing battles of the Second World War. What became know as The Defence of the Admin Box, fought amongst the paddy fields and jungle of Northern Arakan over a fifteen-day period, turned the battle for Burma. Holland is the author of Fortress Malta, Battle of Britain, and Dam Busters and runs Chalke Valley History Festival.

Fierce, astringent, profoundly tender - and spanning the twentieth century, this beautifully orchestrated novel explores the big themes of betrayal and the struggle for happiness, and above all, the passionate love of a childhood friendship as it is tested over a lifetime. Tremain’s award-winning fiction includes Music and Silence, The Road Home, Sacred Country, Restoration and The Colour. She talks to Peter Florence. 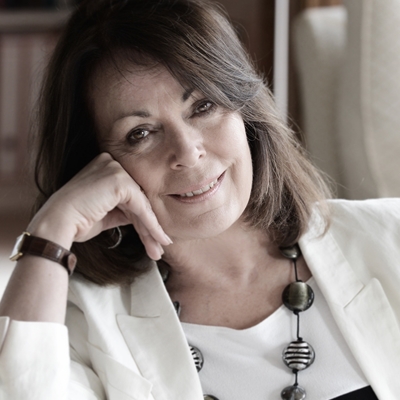 Physics: From Quintessence to Quarks

How does the physics we know today, a highly professionalised enterprise, inextricably linked to government and industry, link back to its origins as a liberal art in Ancient Greece? What is the path that leads from the old philosophy of nature and its concern with humankind’s place in the universe to modern massive international projects that hunt down fundamental particles and industrial laboratories that manufacture marvels? Heilbron is one of the most revered physicists in the world, and has written books about Galileo and Niels Bohr. Chaired by Dan Davis.

The Magnum photographer took one of the most powerful photographs of the twentieth century - the “tank man” in Tiananmen Square, Beijing, 1989. From his insightful position as a photographer, Franklin explores why we are driven to visually document our experiences and the world around us. He focuses on photography but traces this universal need through art, literature and science. Looking at photojournalism, war photography and work recording our culture, Franklin identifies some of its driving impulses: curiosity, outrage, reform and ritual; the search for evidence, for beauty, for therapy; and the immortalisation of memory. Chaired by Oliver Bullough. 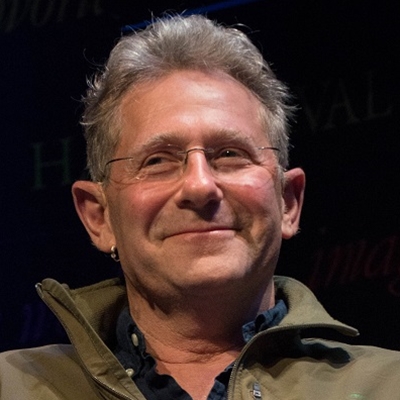 The Bankers’ Guide to the Art Market

The value of London’s art market has recently soared to unprecedented highs, driven by the newly rich of the financial world, whose money has poured into the accounts of dealers, galleries and auction houses. Join chair Martha Kearney, maverick art dealer Kenny Shachter and double BAFTA-winning executive producer Patrick Forbes as they discuss this extraordinary phenomenon and take you behind the closed doors of the art-dealing world.

Not for broadcast. The Banker’s Guide to the Art Market, made by Oxford Film & Television, broadcasts on BBC Four in June.

The historian and broadcaster brings the court of Henry VIII to life in her first children’s novel. Go behind the scenes and discover the friendships and intrigues at the Royal court when she tells the story of Eliza’s life as a Maid of Honour to the glamorous new Queen.

Dilvan, a young Kurdish girl, has fled her home in Syria to escape the terror that has overrun her country. In a brief moment of safety she begins to record in her diary the desperate search for her family. Dilvan’s fighting spirit and her compelling story is eloquently told by a journalist who has reported widely on the atrocities in Syria for many newspapers. Real stories such as Dilvan’s inspired her book.

Æthelstan: The Making of England

The formation of England happened against the odds - the division of the country into rival kingdoms, the assaults of the Vikings, the precarious position of the island on the edge of the known world. But King Alfred ensured the survival of Wessex, his son Eadweard expanded it, and his grandson Æthelstan finally united Mercia and Wessex, conquered Northumbria and became Rex totius Britanniae. 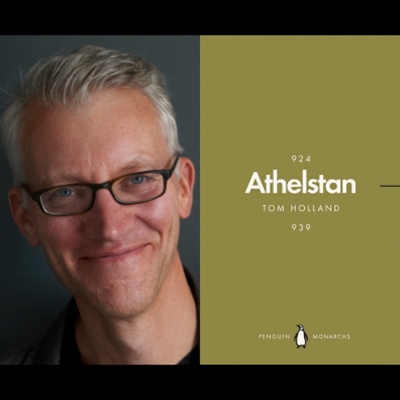 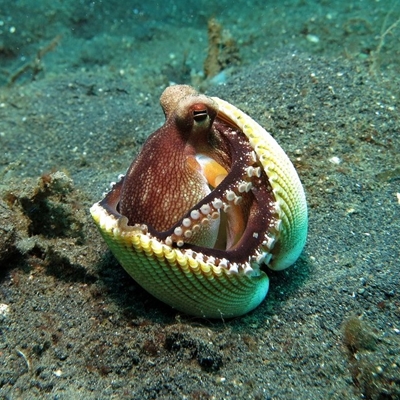 Natural Capital, the world’s stock of natural resources, is a concept with increasing political and economic traction. Paying particular attention to the role of woods and trees, this debate will explore whether it can help deliver an enhanced natural environment for the benefit of everyone, or whether it poses significant risks by making nature conservation a commodity. Juniper is a campaigner, writer, sustainability advisor and environmentalist, Speight is CEO of the Woodland Trust, Andrew Simms is an economist at The New Weather Institute and Shaw is a journalist and broadcaster.

In association with the Woodland Trust

The Princess’s Garden: Royal Intrigue and the Untold Story of Kew

Augusta of Saxe-Gotha arrived in England aged sixteen, speaking barely any English, to be married to the wild Prince Frederick, the reviled eldest son of George II. Her lifelong association with Kew Gardens, and that of her husband and their close friend, Lord Bute, would prove to be one that changed the face of British gardening forever. Berridge tells a tangled tale of royal intrigue, scandal and determination in the Georgian court, and draws us into the politically charged world of garden design.

A reading of Macbeth, Macbeth - University of Birmingham Series

Macbeth, Macbeth is by Fernie and Palfrey, with stunning original pictures by de Freston.  The tragedy is done, the tyrant Macbeth dead. The time is free. But for how long? As Macduff pursues dreams of national revival, smaller lives are seeding. In the ruins of Dunsinane, the Porter tries to keep his three young boys safe from the nightmare of history. In a nunnery deep in Birnam Wood, a girl attempts to forget what she lost in war. Flitting between them, a tortured clairvoyant shakes with the knowledge of what’s to come. An unprecedented collaboration between two leading Shakespeareans, Macbeth, Macbeth sparks a whole new world from the embers of Shakespeare’s darkest play.

Henry Vaughan and the Usk Valley

The metaphysical poet Henry Vaughan is much anthologized – “I saw Eternity the other night”, “They are all gone into the world of light’; but it is not so well known that he was a native of the Usk valley, and that it is the light on the river and hills of Brecknockshire that shines through his poetry. Inspired by George Herbert, his work interweaves the natural and the spiritual world. Three Vaughan scholars celebrate his work and sense of place.

Nicola Heywood-Thomas presents highlights and guests from the Hay Festival in this live broadcast. 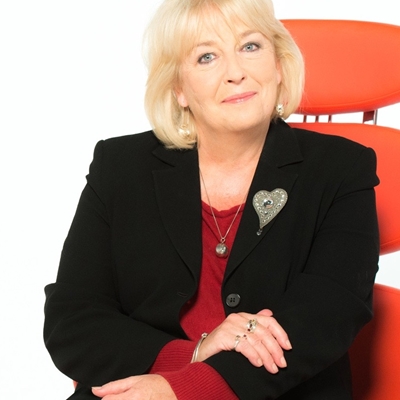 Our panel assesses the Primaries season and looks forward to the Republican and Democrat Conventions in July. How might Clinton vs Trump pan out?  Maddox is editor of Prospect magazine, Mayer a staff writer for the New Yorker, Naughtie a BBC anchor and Thompson is CEO of the New York Times. His Enough Said: What’s Gone Wrong with the Language of Politics? will be published in September. Chaired by Guto Harri. 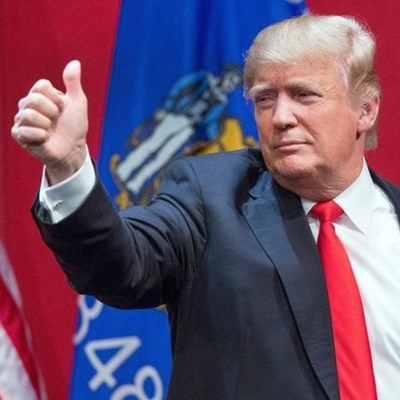 The Wood From the Trees

Fortey presents his wood, deep in the Chiltern Hills, as an interwoven collection of different habitats rich in species. His attention ranges from the beech and cherry trees that dominate the wood to the flints underfoot; the red kites and woodpeckers that soar overhead; the lichens, mosses and liverworts decorating the branches as well as the myriad species of spiders, moths, beetles and crane-flies. The 300 species of fungi identified in the wood capture his attention as much as familiar deer, shrews and dormice. The great palaeontologist is the author of Fossils: A Key to the Past, The Hidden Landscape, Life: An Unauthorised Biography, Trilobite! and The Earth: An Intimate History. Chaired by Dan Davis.