For 6+ year-olds and their elders and betters and worsers, a morning of poems, songs, rhymes, drawings and jokes with ‘the patron saint of poetry’ and his band, the delightful masters of poetry and song. As always, his poems are full of wit and wisdom, with word play, puns and sharp observations on all aspects of life. Come and savour a slice of this brand new poetry pie!

The poet, writer and illustrator introduces Star Cross’d, her contemporary film version of Romeo and Juliet commissioned for the Shakespeare Lives programme by the British Council. She explores the continuing relevance of the story and its influence on her own writing including Lorali. Chaired by Claire Armitstead.

Danger! Sometimes authors just have to be mean – characters in peril are an absolute must to drive the plot. The writers discuss the dangers faced by their characters in Strange Star and The Shadow Keeper, and why writing about danger is so thrilling.

Would you like to write like Shakespeare?  Join Deborah Patterson, author of My Book of Stories: Write Your Own Shakespearean Tales, published by the British Library, for top tips on how to plan a Shakespearean plot, create the most effective insults and pen your own dramatic tale.

Russell Jackson is a professor in the Department of Drama and Theatre Arts at the University of Birmingham.

Have-a-go Shakespeare with The Willow Globe

No am-dram experience necessary. This workshop is open to adults who  fancy the opportunity to tread the boards and tackle the Bard. You will have the chance to read, explore, perform and have fun with Shakespeare. Sue Best and Phil Bowen  run The Willow Globe, a scaled-down, living version of the Globe in London, created with living willow, on an organic farm in mid-Wales. Their professional experience in theatre includes many years with the Royal Shakespeare Company, the English Shakespeare Company, the Royal Opera House and the Old Vic.

Book a seat in the Relish Festival Restaurant and receive a free drink on us.

Enjoy a delicious meal from our Festival Restaurant buffet. Choose from a wide selection of hot and cold dishes created fresh on site by our team of chefs using the best local seasonal produce. You can view the menu online here.

Come up to the buffet and choose as much as you like from all the dishes on offer for just £20.

By booking online or by phone you will receive a complimentary glass of wine, bottle of beer or soft drink, and guarantee your seat in the restaurant where our team will be waiting to give you a warm welcome.

Alex Gooch breads and water are free for every customer, with a selection of desserts to choose from as well as a full bar and barista coffees.

The Cremona Quartet and Morgan Szymanski

The last of the recitals broadcast live from Hay this week. The quartet and guitarist play Haydn’s String Quartet in G major, Op.77 No.1; Fernando Sor’s Variations on a Theme of Mozart, Op.9; and Boccherini’s Guitar Quintet No.4 in D major, G448. The concert is introduced by Clemency Burton-Hill.

Broadcast live on BBC Radio 3 – please arrive in good time.
This event has taken place
This event is available on Hay Player

The Silk Roads: A New History of the World

From the rise and fall of empires in China, Persia, and Rome to the spread of the great religions and the wars of the C20th, this epic work illuminates how the Silk Roads shaped global history, the axis of East and West. Frankopan is the Director of the Centre for Byzantine Research at Oxford University. “They told you you need to be thin and beautiful. They told you to wear longer skirts, avoid going out late at night and move in groups – never accept drinks from a stranger, and wear shoes you can run in more easily than heels. They told you to wear just enough make-up to look presentable but not enough to be a slut; to dress to flatter your apple, pear, hourglass figure, but not to be too tarty. They warned you that if you try to be strong, or take control, you’ll be shrill, bossy, a ballbreaker. Of course it’s fine for the boys, but you should know your place. They told you that’s not for girls – take it as a compliment – don’t rock the boat – that’ll go straight to your hips. They told you beauty is on the inside, but you knew they didn’t really mean it. Well I’m here to tell you something different…” Hilarious, jaunty and bold, the founder of the Everyday Sexism Project exposes the truth about the pressures surrounding body image, the false representations in media, the complexities of sex and relationships, the trials of social media and all the other lies they told us. 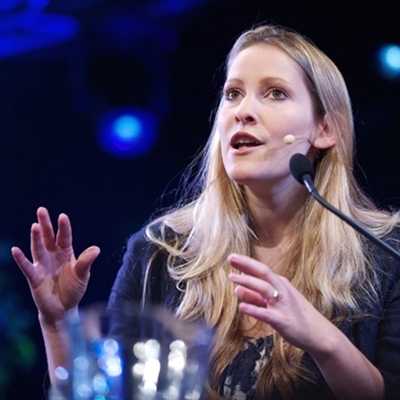 The creator of the romantically troubled Grantchester priest and sleuth introduces his new novel in the series Sidney Chambers and The Dangers of Temptation. 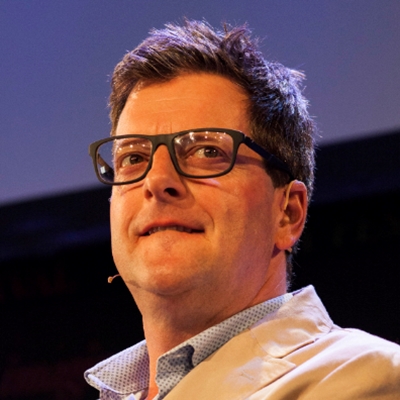 Amidst the numbers and summits of the refugee crisis, the voices of those who have fled conflict and persecution can be lost. Join us for readings from women across the world who have sought protection in the UK and learnt English with the British Red Cross in South Wales, where they have been writing about their experiences. Sharing their stories from the point of departure to their arrival in Britain, they write eloquently about the asylum system and life in the UK.

In association with The British Red Cross

Join us behind the scenes to watch BBC Radio 4’s long-running lunchtime news analysis programme as we broadcast live from Hay every weekday in the BBC Tent. Presented by Martha Kearney with special guests. My Brother is a Superhero

The award-winning author and screenwriter discusses his fast-moving, quick-talking story about the larger-than-life adventures of Luke, a comic-mad 11-year old who has only five days to rescue his brother and save the world after a dramatic alien visit and a case of mistaken identity.

Join the three award-winning authors of Fire Colour One, Silence is Goldfish and Sophie Someone to discuss different ways of telling stories about families and the complications of the secrets they keep.

Would you like to write like Shakespeare?  Join Deborah Patterson, author of My Book of Stories: Write Your Own Shakespearean Tales, published by the British Library, for top tips on how to plan a Shakespearean plot, create the most effective insults and pen your own dramatic tale.