Our Children, Our History

What kind of past is it that Michael Gove’s proposed history curriculum offers to schoolchildren and their teachers? Can it be taught? Should it be taught? And what are the consequences for our national culture and identity? The historian leads the conversation and welcomes contributions from primary and secondary school teachers.

Calon: A Journey To The Heart Of Welsh Rugby

This year’s Hay Festival International Fellow spent the last year as Artist in Residence with the WRU and has produced this astonishing book about sport, about myth, about nationhood and identity. He is joined by the rugby columnist, author of Wales Play In Red. Chaired by Jasper Rees, author of Bred Of Heaven.

Picasso And Truth: From Cubism To Guernica

The eminent art historian explores the role of space and the interior, and the battle between intimacy and monstrosity, in Picasso’s art of the 1920s and 1930s, from the Blue Room to Guernica.

1913: The World Before The Great War – Second Acts In A New World

Told through the stories of 23 cities – Europe’s capitals at the height of their global reach, the emerging metropolises of America, the imperial cities of Asia and Africa, the boomtowns of Australia and the Americas – the historian presents a panoramic view of a world crackling with possibilities, from St Petersburg to Shanghai and from Los Angeles to Jerusalem.

There is a largely unknown and unseen use of sharks in the beauty trade. Addressing this issue is vital to stopping the rapid decline in shark populations and also why this is crucial in a broader context for the health of our oceans. Weston, Creative Director of Selfridges, the Environmental Justice Foundation’s Trent and model and campaigner Cole discuss.

In association with the Environmental Justice Foundation (EJF)

The fourth in the nail-biting series described as ‘Lord Of The Flies With Zombies’ is every bit as tense, bloody and action-packed as fans could wish.

Olivia And The Great Escape

Lyn Gardner’s popular series set in the Swan Academy is perfect for theatre and circus lovers and aspiring performers.

The Radio 3 drive-time show will feature an eclectic mix of live music, plus interviews with some of the featured writers at the festival.

How to hold it all together and lock in with the beat, with guest bassist Pedro Kirk.

The Royal Society Lecture; The People And The Planet

The Nobel Laureate discusses the links between global population, consumption and the environment, and the implications for sustainable development. How can we all live and flourish on a finite Earth?

The shocking, dramatic and intensely moving history of the hundreds who made the arduous and desperate climb through the Pyrenees during the Second World War. Chaired by Guto Harri.

The Earl of March talks to Mark Skipworth

The Goodwood Festival Of Speed

A celebration of the first 20 years of the world’s premier classic performance car event – a story of cars, stars and the reinvention of a stately home.

The Loves Of The Artists 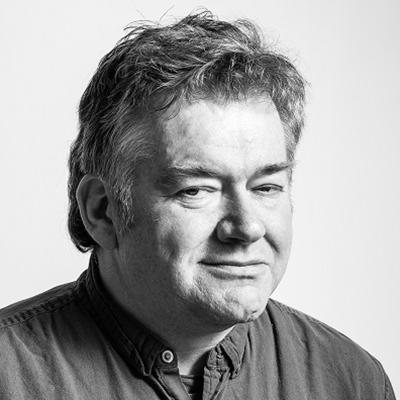 Mundy’s new collection More For Helen Of Troy is suffused with the atmosphere of the landscapes that inspire him and is also deeply involved with many questions of desire: for the ideal of a beautiful woman; for the hope of a good state; and for the vision of a pristine country and seaside. Rees-Jones’ Burying The Wren (shortlisted for the TS Eliot Prize) is an intensely lyrical collection of poems of the body, which are alive to the world and the transformative qualities of love.

Jonathan Douglas, Director of the National Literacy Trust, is joined by Malorie Blackman, Melvin Burgess and Hayley Long to ask and answer all the big questions about YA.

Jonathan Douglas leads a provocative discussion around the idea of whether there are certain books that teenagers ought to read, and certain books they ought not to. He is joined by Melvin Burgess, whose multiple-award-winning novel JUNK is the seminal novel of teen addition and a modern classic. Melvin continues to attract both praise and blame with each new work, most recently The Hit.

Malorie Blackman tackles big themes in her fiction but often from an unexpected viewpoint as with the phenomenally successful Noughts & Crosses series and more recently Boys Don't Cry, a story of teenage fatherhood. Her new novel, Noble Conflict, will be published shortly.

Hayley Long, whose novel What's Up With Jody Barton has readers questioning their assumptions and their attitudes about gender, relationships and sexuality.

Working together. Improvised session creating a track with guitar, bass, drums and more.

The Irrational, The Chaotic And The Incomplete

The brilliantly entertaining and inspiring Simonyi Professor for the Public Understanding of Science explores The Mathematical Limits Of Science.

The psychologist cuts a fascinating exposé of modern office life and suggests How To Thrive In A World Of Lying, Backstabbing And Dirty Tricks.