Enter the charming world of the bob-haired little girl and her adorable bunny friend. Meet their creator Mandy Sutcliffe and join in the stories and games. Decorate your own bunny ears!
3–5 years Francine Stock talks to the BBC’s Creative Director, Alan Yentob, on bringing Philip Roth to the screen on his 80th birthday including clips from his forthcoming documentary. Not for broadcast. The writer and broadcaster who succeeded Hobsbawm as President of Birkbeck gives the inaugural lecture in his name, in this year of resonant anniversaries. Chaired by Oscar Guardiola Rivera. 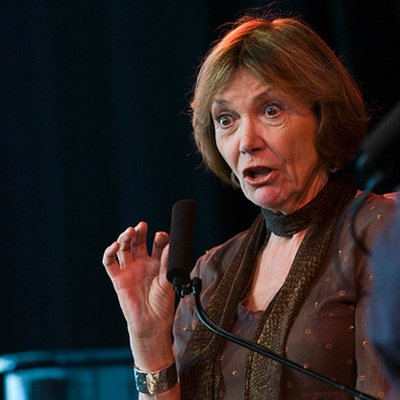 The Simpsons and their Mathematical Secrets

The writers of The Simpsons are so fascinated by mathematics that they have drip-fed morsels of number theory into the series over the last twenty-five years. The author of The Codebook and Fermat’s Last Theorem uses specific episodes to explain concepts ranging from  and the paradox of infinity to the origins of numbers.

The novelist and film-maker discusses his new novel The Last Word, a wickedly funny and incisive take on literary celebrity and the nature of the artist; and his latest film Le Weekend, his fourth collaboration with director Roger Michell. ‘The films were mostly concerned with a subject we believed was neglected in the cinema, the lives and passions of older people, whose anxieties and desires, we found, were as intense, if not more significant, than those of the young.’

The former BP boss, now chairman of Cuadrilla, launches his frank examination of sexuality and leadership The Glass Closet: Why Coming Out is Good for Business. He talks to Peter Florence.

Part of the Barclays Business Leadership Series at Hay

The French coloratura soprano discusses the role of Violetta and the making of the groundbreaking documentary film of her performance in Jean-François Sivadier’s 2011 production in Aix-en-Provence. 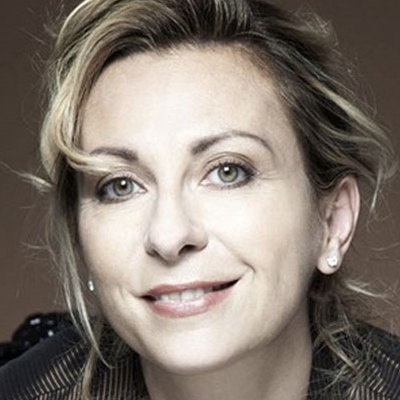 Changing the System: No Place to Hide – Edward Snowden, the NSA and the Surveillance State

In June 2013 the reporter and political commentator published a series of reports in The Guardian that rocked the world. The reports revealed shocking truths about the extent to which the National Security Agency had been gathering information about US citizens and intercepting communication worldwide, and were based on documents leaked by former National Security Agency employee Edward Snowden to Greenwald. Greenwald joins us on video link.

More Than Just an Elevator Pitch

The corporate view of innovation: how can innovators engage with large corporates to work a great idea up to scale and get it to a mass-market audience. Roberts is Head of Sustainability at Landmarc Support Services. Araminta Spook lives in a huge haunted house with her Uncle Drac and Aunt Tabitha, and her greatest ambition is to meet a ghost. Join author Angie Sage for a spooky adventure.
7+ years We’re Going On A Bear Hunt

Bring your own bear or dress up as one to join in the fun while you ‘squelch-squerch’ and ‘stumble-trip’ through one of the nation’s favourite books. With storyteller Middleton Mann.
5+ years The Role of the Judge?

The President of the Queen’s Bench Division considers the role and independence of the judiciary in British public life. How do judges interact with the Government? Or with Parliament? How well does the legal system fit in to Europe? To whom are judges accountable? The Last Days of Troy

The poet introduces readings from his new play, which premières at the Manchester Royal Exchange in May. He is joined by the production’s director, his Helen of Troy and his Patroclus. ‘The Iliad is tense and intriguing, with moments of great tragedy and breathtaking humility. Everything we have come to expect of the great myths.’ A collection of delightfully witty and acutely observed stories by the comedy writer, columnist and actress – star of The Thick of It, Lewis and Nighty Night. She reads and talks to Lisa Dwan.

Alzheimer’s and Other Plagues

Plagues have changed history, stopped armies in their tracks and altered the fate of nations. Mary and Christopher Dobson outline the impact of plagues on human history and reflect on related challenges that will be faced by future generations. Their talk ranges from the plagues of antiquity and the medieval period to the recent pandemic of HIV/AIDS and includes discussion of the increasingly prevalent afflictions of ageing and affluent societies, including dementia and diabetes.

City of Lies: Love, Sex, Death and the Search for Truth in Tehran Barry’s A Temporary Gentleman is a heartbreaking portrait of Jack McNulty. He is an ordinary man, both petty and heroic, but he has seen extraordinary things. Cunningham’s The Snow Queen follows the divergent lives of two American brothers as they search for meaning and transcendence. The authors talk to Rosie Goldsmith. In The Savages and sequel American Savage, Matt Whyman introduces readers to a family with VERY particular eating habits, while in Say Her Name, James Dawson dares to summon Bloody Mary from beyond the grave. Find out how to be funny and scary at the same time.
12+ years (YA)