On 4 July 1187 Saladin destroyed the Crusader army of the Latin Kingdom of Jerusalem in a terrible slaughter at the battle of Hattin. He went on to restore the Holy City of Jerusalem to Islamic rule. The carnage at Hattin was the culmination of almost a century of religious wars between Christian and Muslim in the Holy Land. In the C20th the battle was revived as a symbol of Arab hope for liberation from Crusader-Imperialism, and in the C21st it has become a rallying cry for radical Muslim fundamentalists in their struggle for the soul of Islam. Chaired by Peter Florence. 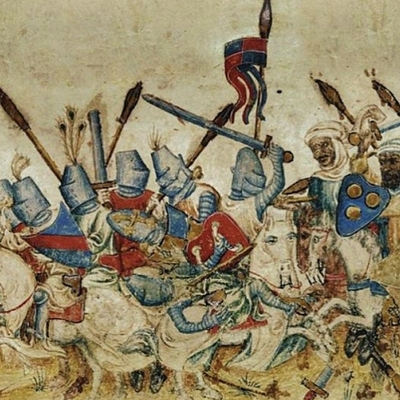