The Echoes Last So Long (eBook)

The need to understand other nations and languages is again immediate. In Europe and across the world, we wanted to mark the centenary year of the Armistice by inviting poets from other countries involved in the Great War to respond to poems from their own cultures of the time. We are deeply honoured and thrilled that Margaret Atwood, Tishani Doshi, Mererid Hopwood, Valerie Rouzeau, Ulrike Almut Sandig, Evelyn Schlag, Owen Sheers and Maria Stepanova have written such extraordinary responses to the poems of their choice. The voices from Canada, India, Wales, France, Germany, Austria and Russia articulate other, richly different realities that meet us with familiarity, compassion and a shared anguish.

The poems appear in this collection, with translations into English.

On Hay Player it is possible to see the conversation between many of these poets that took place in Hay in May 2018 and which is available on film and audio. 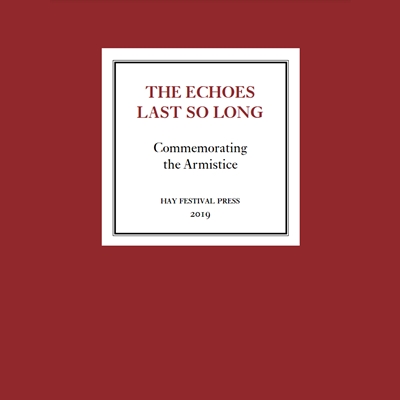