Orhan Pamuk (Turkey) won the 2006 Nobel Prize for Literature aged 54, becoming the second youngest person to receive the award. His work has been translated into over 60 languages and he was chosen by Prospect as one of the 100 most influential intellectuals in the world in 2005 and by Time magazine as one of the 100 most influential people of 2006. Other indications of his literary standing include the 2005 German Booksellers’ Peace Prize (Germany), the 2005 Médicis Foreign Prize (France) and the 2014 European Museum of the Year Prize (Estonia) for the museum named after his book The Museum of Innocence (2008), inaugurated in Istanbul in 2012. His tenth novel, The Red-Haired Woman (2017), is set in a town near Istanbul in the 1980s, where a well-digger and his apprentice excavate looking for water on an arid plain. In conversation with Peter Florence. 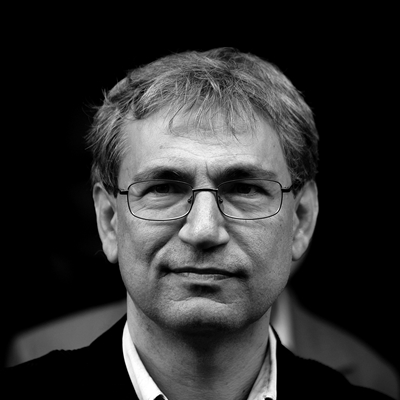