Identity, migration and living together. Inua Ellams in conversation with Claire Armitstead

Poet, dramatist, performer and designer, Inua Ellams is one of the UK’s most highly acclaimed creators today for his varied body of work. He is a member of the Royal Society of Literature in that country and is an ambassador of the Ministry of Stories, an organization that promotes writing potential among young people aged 8 to 18. He has published four poetry books, including The Half-God of Rainfalland, and he won the Fringe First at the Edinburgh Festival for his play The 14th Tale. He is also the creator of the multi-award winning international hit play The Barbershop Chronicles. As well as his graphic and literary production, he created the Midnight Run events, urban walks from dusk until dawn, and the R.A.P. Parties, which combine the poetry slam format with urban music. He will talk to Claire Armitstead about his work, which skilfully deals with identity, migrations and learning to live together.

The use of headphones is mandatory due to the acoustics of the room.They will be collected at the venue 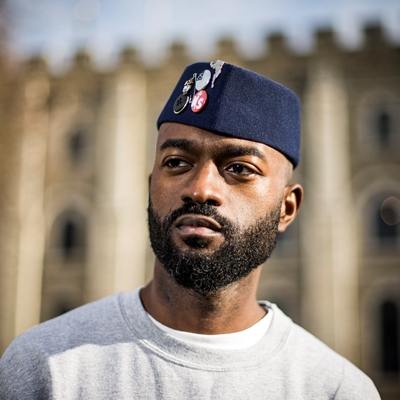