Novelist Benjamin Myers joins us to launch Male Tears, his debut collection of stories that brings together over fifteen years of work, laying bare the male psyche in all its fragility, complexity and failure, its hubris and forbidden tenderness. Farmers, fairground workers and wandering pilgrims, gruesome gamekeepers, bare-knuckle boxers and ex-cons with secret passions, the men that populate these unsettling, wild and wistful stories form a multi-faceted, era-spanning portrait of just what it means to be a man.

About the speakers:
Benjamin Myers was born in Durham and lives in Hebden Bridge, West Yorkshire. His novels include, The Offing , The Gallows Pole (2017 Bluemoose, 2019 Bloomsbury) which won the Walter Scott Prize. Beastings (2014 Bluemoose, 2019 Bloomsbury) won The Portico Prize and the Northern Writers’ Award. Pig Iron (2012 Bluemoose, 2019 Bloomsbury) won the inaugural Gordon Burn Prize. Richard (Picador 2010) was a bestseller and a Sunday Times book of the year. The term folk crime, was coined to describe his titles; Turning Blue and These Darkening Days, both orginally with Moth but forthcoming with Bloomsbury Raven. His novella Snorri and Frosti will be published as part of a new collection of his short stories with Bloomsbury, entitled Male Tears. He has received the Tom Gallon Prize for his short fiction. Poetry collections include The Raven of Jorvikshire and Heathcliff Adrift. His journalism has appeared in publications including, the New Statesman, the Guardian, NME, BBC, Caught by the River and others.

Laura Bates is the founder of the award-winning Everyday Sexism Project, an ever-increasing collection of more than 100,000 testimonies of gender inequality, which has been described as “one of the biggest social media success stories on the internet”. She writes regularly for the Guardian, Independent and TIME among other and is the author of two books: Everyday Sexism (2014) and Men Who Hate Women (2020). She was awarded a British Empire Medal in the 2015 Queen’s Birthday Honours List. She has been named a Woman of the Year by The Sunday Times, Cosmopolitan and Red magazine and was named ninth on the BBC Radio 4 Woman’s Hour Power List 2014. She received the 2014 Oxford Internet Institute Internet and Society Award alongside Tim Berners Lee. 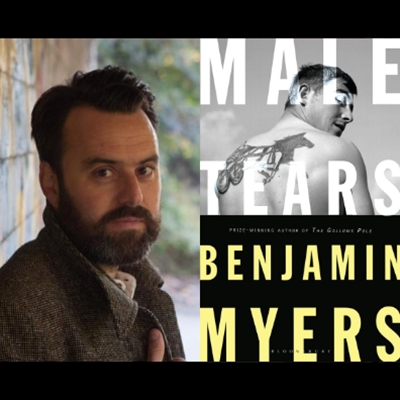