Join the Kate Greenaway Medal-winning artist as she paints images from the contemporary classic The Lost Words, her collaboration with Robert Macfarlane from her studio in Pembrokeshire.

The painting she created during this event, a gilt hare, has now been auctioned to raise funds for the Hay Festival Foundation. A limited edition of standard and premium (gold leaf) prints is available for purchase, with profits also supporting the Foundation.

Jackie Morris grew up in the Vale of Evesham, dreaming of becoming an artist and living by the sea. She studied at Hereford College of Arts and at Bath Academy, and went on to illustrate for the New Statesman, Independent and Guardian among many other publications. As a children's author and artist, she has created over forty books, including beloved classics such as Song of the Golden Hare, Tell Me A Dragon, East of the Sun, West of the Moon and The Wild Swans. She collaborated with Ted Hughes, and her books have sold more than a million copies worldwide. Jackie now lives in a cottage on the cliffs of Pembrokeshire, which she shares with a small pride of cats and various other gentle creatures. 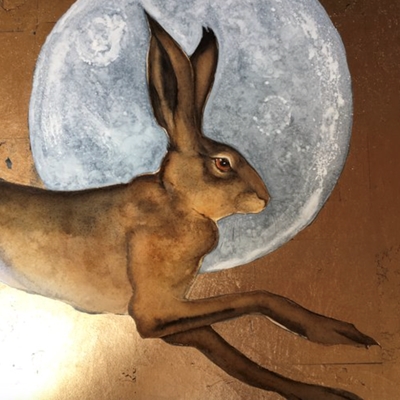 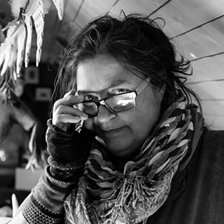