László Baán and Isabel Fuentes in conversation with Miquel Molina

Currently Budapest has Europe’s largest and most ambitious urban cultural development, the Liget Budapest Project. An urban and cultural development plan that has transformed the Hungarian capital, involving internationally acknowledged architects, like Sou Fujimoto or Kazuyo Sejima and Ryue Nishizawa (SANAA). With five new buildings and half of the park area completed and three more to go, the project’s visionary, Laszlo Baan, also director of the Museum of Fine Arts Budapest, will be at the Hay Festival to explain and elaborate on the project, and how it relates to comparable projects in Europe.

Isabel Fuentes, PhD in Museology of Natural and Human Sciences, has spent twenty years working in scientific communication and cultural management in institutions such as the Residencia de Estudiantes, the National Museum of Natural Sciences and the La Caixa Foundation. She is currently the director of CaixaForumand an expert in the transformation that a museum can bring about in the city inwhich it is installed.

Baan and Fuentes will talk with Miquel Molina, journalist and writer, assistant director of the newspaper La Vanguardia.

Event in English with simultaneous translation into Spanish and vice versa Organised with The Liget Budapest Project of Budapest, Hungary 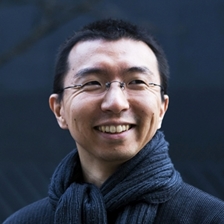