She's in CTRL: How Women can Take Back Tech

Why are women under-represented in tech? Why does it matter and what can we do about it?

Our technology is built on a series of big decisions made by a small number of people, mainly men. It is derived from the gender, nationality and beliefs of a section of society whose lived experience may not chime with your own.

The tech world might feel beyond reach, particularly if you're a woman.

In She's In CTRL, the dynamic advocate for women in STEM (Science, technology, engineering, and mathematics), insists that technology is not an unchangeable force. Nor is it the preserve of the élite. It is in our homes and in our hands. Rather than feeling powerless to make changes to the way tech works and fails, she argues that it's time to get into the room where the decisions are made. Or, better yet, create our own tech rooms.

The author is the creator of the social enterprise, Stemettes, which inspires the next generation of females into science, technology, engineering and mathematics.

​Professor Rodriguez-Falcon has been recognised with numerous awards and professional recognitions, including recently being elected Fellow of the Royal Academy of Engineering and in late 2022 was appointed Deputy Vice Chancellor of The University of Wales Trinity Saint David. 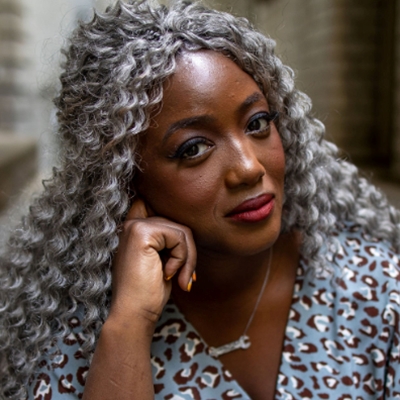