In October 2011 James Cracknell, two-time Olympic gold-medal rower and one of the greatest endurance athletes the world has ever known, suffered a seizure at home as his young son looked on in horror. A man who had known no limits, a man who had practically achieved the impossible, was now struggling to master life’s simple challenges.

A year earlier, as James undertook yet another endurance challenge in Arizona, he was knocked off his bike by the wing mirror of a petrol tanker. It had smashed into the back of his head at high speed, causing severe frontal lobe damage. The doctors weren’t sure if he would recover and, if he did, whether he would ever be the same again.

Touching Distance is an extraordinary, honest and powerful account as James and his wife Bev confront for the first time the lasting effects that the accident has had on their lives. It is the story of a marriage, of a family and of one man’s fight back to be the best husband and father he can be. 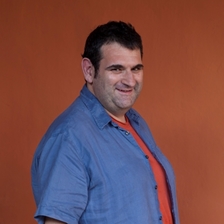