Contributors to Honno’s new anthology about women campaigners discuss how they became politicised, and how they were personally changed by the process of changing the world. Armstrong is director of the climate change blockbuster Age of Stupid, and is now working on a TV drama series based on the true story of the police spies who infiltrated British activist groups and the women who unwittingly had relationships and even children with them. Crow is a disability rights activist and performance artist. Sanghera has won many awards and accolades for her work against honour-based abuse and forced marriage. 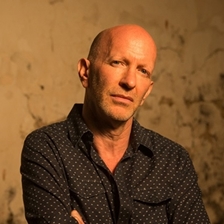