The Guardian Sessions: The American Future

The historian offers a profound and revelatory analysis in his History from the Founding Fathers to Barack Obama.

The Guardian Sessions at Hay
For the eighth year, the Guardian is proud to be the headline sponsor of the Hay Festival.

Over the past year, the world has seen momentous change – a deepening economic crisis; the dawn of a new era in America; environmental concerns moving higher up the agenda; and increased challenges to our civil liberties... As the world's leading liberal voice, the Guardian is committed to the exploration and debate of these issues.

At this year's festival, the Guardian Sessions, with insight from leading individuals in their fields, will further examine and debate the most pressing concerns facing us today.

Come and join us. 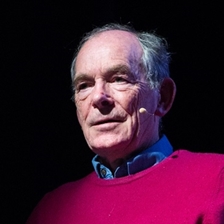