How can storytellers inform our understanding of the past? 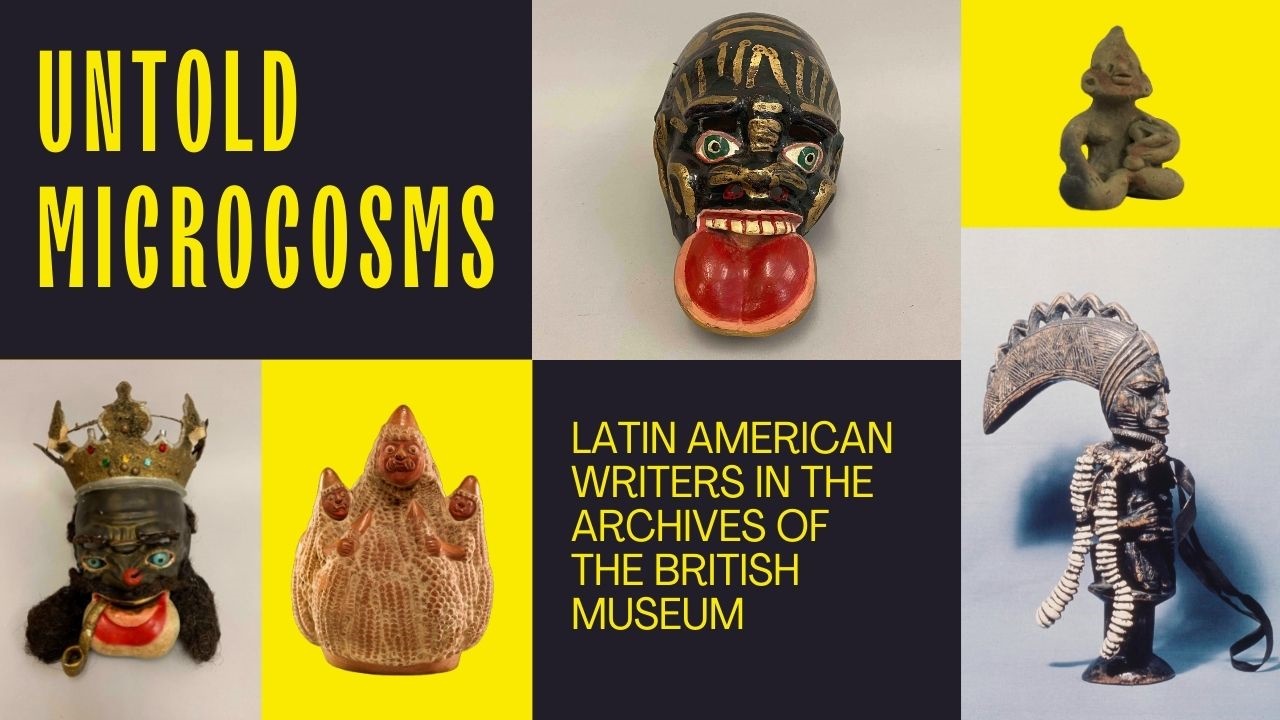 ©Trustees of the British Museum

A new international collaboration announced today between the British Museum’s Santo Domingo Centre of Excellence for Latin American Research (SDCELAR) and Hay Festival will inspire new stories based on items from the Americas collection that are not on display in the galleries.

The museum’s stored collection contains approximately 62,000 objects, spanning 10,000 years of human history, and Untold Microcosms will explore the narratives about our past that we create through museum collections, in spite of their gaps and disarticulations.

“Untold Microcosms invites some of the best writers from Latin America today to interrupt the profiling of cultures, making space for narratives shaped by imagination. We’re delighted to be working with SDCELAR for the first time and look forward to sharing the results with our global audience throughout 2022 and beyond with the support of Charco Press in the UK and Anagrama in the Hispanic world” – Hay Festival international director Cristina Fuentes la Roche.

“This project is about the individuals behind museum objects and their narratives, which transcend the cultural and political histories of collections. The writers involved in our project will explore relevant political contexts from the past and the present, while also reminding us to leave space in these discussions for dreams and multiplicity. Their final compositions will suggest new structures with which we can read museum objects to consider the past” – Head of SDCELAR, Laura Osorio Sunnucks. 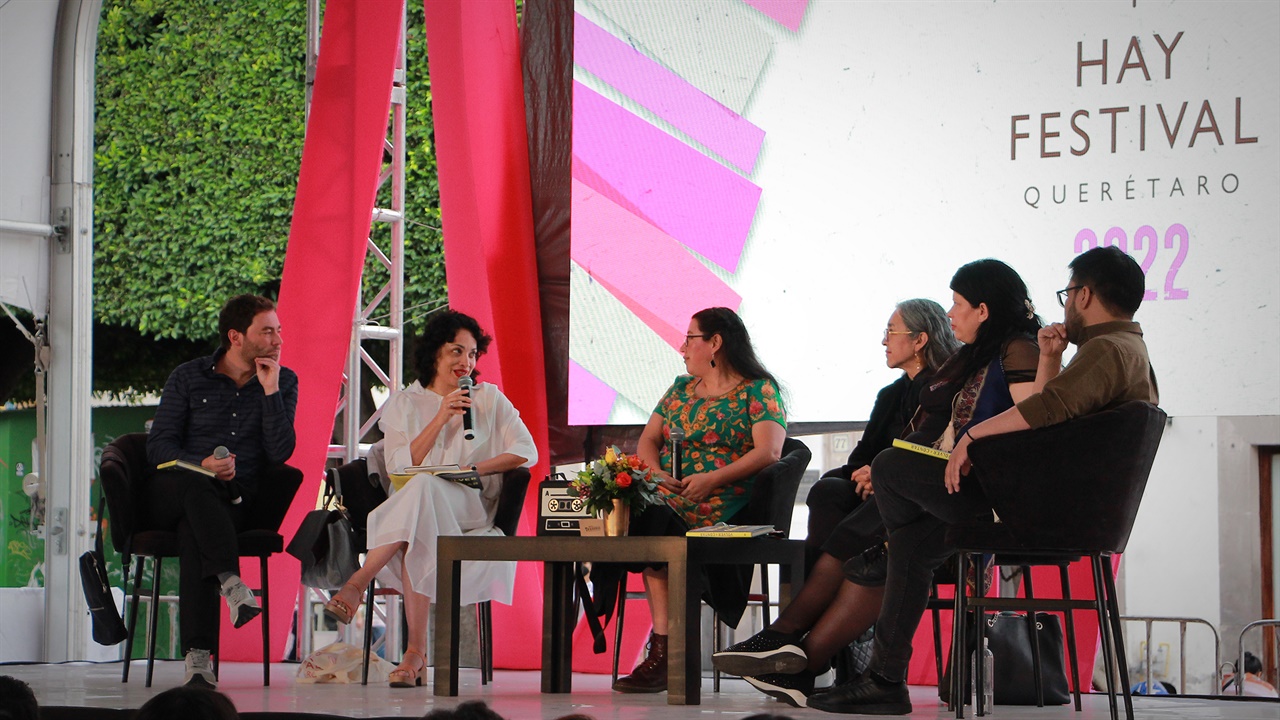 (Ayutla Mixe, Mexico, 1981) is part of COLMIX, a group of young Mixe people dedicated to researching, communicating and promulgating Mixe language, history and culture. She studied Hispanic Language and Literatures and received a Masters in Linguistics at The National Autonomous University of Mexico. She has collaborated in various projects around linguistic diversity, the development of grammar content for educational materials in indigenous languages, and projects documenting languages at risk of disappearance. She has helped develop written materials in Mixe and as well as growing readerships in Mixe and other indigenous languages. As an activist she has defended the linguistic rights of speakers of indigenous languages, and the use of indigenous languages online and in literary translation.

(Buenos Aires, Argentina,1968). While practised in several different trades, – from selling car insurance on the street to graphic designer – the most relevant here are cultural journalism and teaching creative writing. She currently runs the Laboratorio de Experimentación de Artes de la Escritura at the National University of the Arts in Buenos Aires. She has always been involved in activism and militancy, and today the plight that most preoccupies her is resistance to the Capitalocene: the struggle to protect all living things. Her novels and novellas include La Virgen Cabeza, Le viste la cara a dios, Romance de la Negra Rubia and Las aventuras de la China Iron. The English translation of the last mentioned, The Adventures of China Iron, was shortlisted for the 2020 International Booker Prize. The French translation was shortlisted for the 2021 Foreign Language Prix Medicis. Her work has been translated into English, French, Norwegian, Portuguese and Italian, and Turkish, Greek, Lithuanian, Slovenian and Croatian editions of her books are forthcoming. Image credit: Alejandra López

(San José, Costa Rica, 1987) is the author of the novels Coronel Lágrimas (Anagrama, 2015) and Museo Animal (Anagrama, 2017), as well as the essay La lucidez del miope (Germinal, 2017), which won the National Prize for Literature in Costa Rica. In 2016 he was selected by the Guadalajara Book Fair as one of the 20 most promising Latin American authors born in the 1980s. In 2017, he was selected on the Bogotá-39 list, comprising 39 of the most promising writers under 40 in Latin America. In 2020 he was selected as part of the Granta list naming the 25 best writers in the Spanish language. His latest novel, Austral, will be published by Anagrama in 2022. He is a professor and fellow at Trinity College, Cambridge University. Photo credit: Rodrigo Ruiz Ciancia. 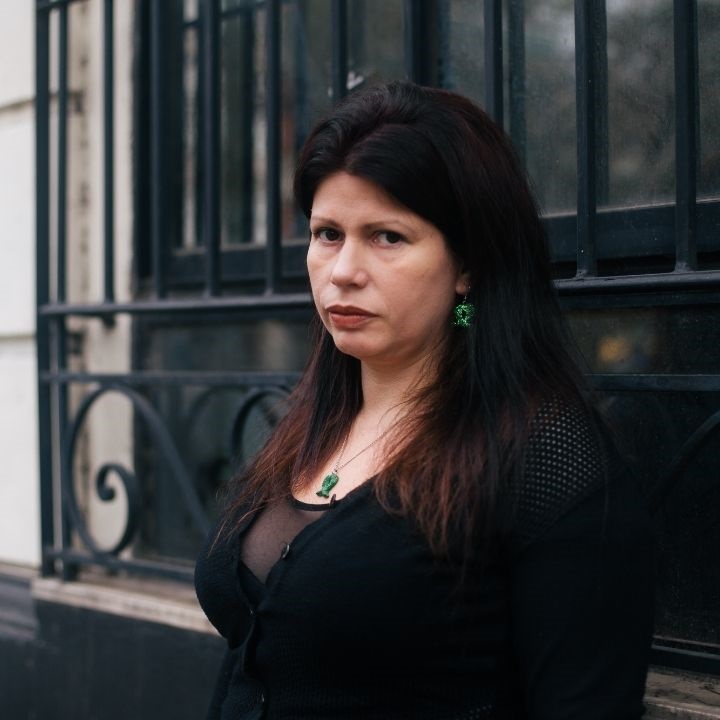 (Buenos Aires, Argentina,1978) studied Primary Teaching at Colegio Normal 10 and Greek and Classical Cultures with Victoria Juliá and Leandro Pinkler at the University of Buenos Aires. She worked on her first novel Cometierra with Selva Almada and Julian López. The novel was published in 2019 in Argentina and Spain by Editorial Sigilo and in Colombia by Rey Naranjo and was a finalist for the Medifé-Filba Foundation Novel Prize, the Silverio Cañada Memorial Prize, the Mario Vargas Llosa Prize and the Sara Gallardo National Novel Prize. Cometierra was translated and published into English as Eartheaters by Harper Collins, into Italian by Solferino, into French by Éditions de l´Observatoire, into Swedish through WordForlag, into Polish by Mova and is forthcoming in Dutch, Greek, Portuguese, Norwegian and Danish. Dolores Reyes currently teaches writing workshops and is writing a storybook and a sequel to Cometierra. Image credit: Malena Q..

(Santos, Brazil 1980) holds a degree in Philosophy and a Masters in Political Philosophy from the Federal University of São Paulo. Author of the books Lugar de Fala (Place of Speech), Quem tem medo do Feminismo Negro? (Who's Afraid of Black Feminism?), Pequeno manual antirracista (Short Anti-Racist Guide) and Cartas para minha avó (Letters to my Grandmother), with translations into four languages. She is also a visiting professor at the department of journalism at the Pontifical Catholic University of São Paulo (PUC-SP) and currently a fellow at the Johannes Gutenberg University Mainz, Germany. Columnist for Folha de São Paulo newspaper and ELLE Brasil magazine, she was Deputy Secretary for Human Rights in São Paulo in 2016. She was awarded the 2019 Prince Claus Prize, granted by the Kingdom of the Netherlands, and was considered by the BBC as one of the 100 most influential women in the world. In 2020, she won the Jabuti Prize, the most important in the Brazilian literary world, in the Human Sciences category, for Pequeno manual antirracista. In 2021, she was the first Brazilian to be honoured by the BET Awards, given by the black community of the USA. Image credit: Flavio Teperman.

(Matamoros, Mexico,1964) is an author, translator and critic. Her recent publications include El invencible verano de Liliana (PRH, 2021), Autobiografía del algodón (PRH, 2020). Her book Grieving: Dispatches from a Wounded Country, translated by Sarah Booker, was shortlisted for the NBCC award in 2021. Her New and Selected Stories is forthcoming (Dorothy Project 2022). She became a MacArthur Fellow in 2020, and is the recipient of the International Donoso Literary Award 2021. Rivera Garza is Distinguished Professor and founder of the PhD Program in Creative Writing in Spanish at the University of Houston, Department of Hispanic Studies. Image credit: Marta Calvo.

(Bahía Solano, Colombia, 1982) is a writer and journalist, lover of the sea and of shared readings. In 2021 she was a fellow at Villa Josepha Ahrenshoop, in Germany. Her book Aguas de Estuario (Laguna Libros, 2020) was the inaugural winner of the Afro-Colombian Authors Publication Grant awarded by Colombia’s Ministry of Culture. She is the co-author of Oír Somos Río (2019) and its bilingual German-Spanish edition (Grindwal Kollektiv, 2021). She published the children’s story Bajo el yarumo as part of the Maletín de relatos pacíficos collection (Instituto Caro y Cuervo - Fondo Acción, 2017). She is the founder and director of the Motete Educational and Cultural Corporation and the Chocó Reading and Writing Festival (FLECHO). She graduated in Afro-Latin American Studies and has a Masters in the promotion of reading and children’s literature. Vidal also specialises in social management and communication.

(Lima, Peru, 1986) is a journalist and editor. He is the recipient of a 2018 Gabriel García Márquez Award, the 2016 Ortega y Gasset Award for Best Story or Journalistic Investigation and the PAGE 2015 National Award for Environmental Journalism. He has a Master in Literary Creation from Pompeu Fabra University in Barcelona and received the 2018 Ochberg Fellowship from the Dart Center for Journalism & Trauma at the Columbia University School of Journalism in New York. He is currently a professor of Literary Journalism at the Peruvian University of Applied Sciences. He is the author of Wars of the Interior (2018), which has been translated into English, Italian and Polish. In 2020 he won the 2020 National Journalism Prize and was nominated for the 2020/21 True Story Award for his long-form journalism about funeral workers in the Covid-19 pandemic in Peru. Image credit: César Becerra.