David and Catherine James’ cider orchards are carefully managed to supply a range of cider apples to Bulmers and Gaymers for their premium brands, some of which will be available for tasting. In a happily synergistic relationship with a local beekeeper, the trees are pollinated by bees. Look inside the beehives and learn how bees make honey and store it for the winter.

In late November 1623, the publisher Edward Blount finally took delivery at his bookshop, at the sign of the Black Bear near St Paul’s, of a book that had long been in the making: Mr. William Shakespeare’s Comedies, Histories, & Tragedies. Professor Smith tells the story of that first collected edition of the plays, and follows the journeys of individual copies now located around the world with their tell-tale annotations, wine stains, provenance and uses. 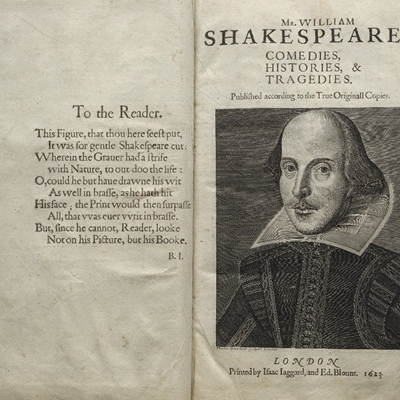 The ‘Acceptable Face of Feminism’: 100 years of the Women’s Institute - University of Worcester Series

The WI is fondly thought of in terms of ‘jam and Jerusalem’, but its roots are intertwined with the women’s suffrage movement and the many campaigns that have sought to articulate the needs of women since the First World War. The Professor of Cultural History will explore the political and social initiatives that helped define the radical organisation.

For much of history, soil has played a central role in society. Farmers and gardeners worldwide nurture their soil to provide their plants with water, nutrients and protection from pests and diseases; major battles have been aborted or stalled by the condition of soil; murder trials have been solved with evidence from soil; and, for most of us, our ultimate fate is the soil. The Professor of Ecology at Manchester explores the role soil plays in our lives and in the bio-geochemical cycles that allow the planet to function effectively. He considers how better soil management could combat global issues such as climate change, food shortages and the extinction of species.

Fashion: Craft of Use

Rather than continually making more clothes using more materials, there should be a greater emphasis on how clothes can be repaired, adapted and upcycled. The Professor of Sustainability, Design and Fashion at University of the Arts London presents an inspiring manifesto for improving durability and resourcefulness in the fashion industry.

Read more
The 2016 winners are joined by Blue Peter presenter Lindsey Russell to talk about their work as graphic artist turned author, and what it means to have been voted winners by schoolchildren all over the country. Ross MacKenzie, who is also a graphic designer for a national newspaper, won Best Story with his latest title, The Nowhere Emporium. Schoolchildren said the plot was like “putting pieces into a jigsaw”. Adam Frost, who creates fantastic, wacky information graphics that are often found in his books, won Best Book with Facts for The Epic Book of Epicness – which schoolchildren described as having “funny facts that made your head fizzle”. Come and find out how they did it.
Not for broadcast 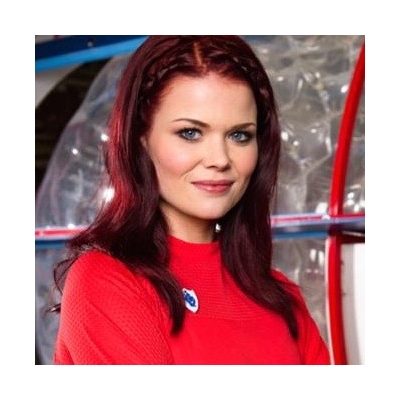 Following the success of his solo exhibition at National Museum Cardiff, artist Ivor Davies discusses the creative power of destruction in his work across media, from painting to performance. A well-known cultural activist in Wales, Davies will also talk about his role in the international avant-garde of the 1960s. Thornton is curator of National Museum Wales.

The lively, dynamic chamber group and narrator Rebecca Kenny explore the world of Roald Dahl’s poetry through live instrumental music and theatre. Accompany them and composers Paul Patterson and Martin Butler on an interactive musical adventure. You will meet some of your favourite, familiar characters and you might even think that you know the stories, but take care – in the weird and wonderful world of Roald Dahl’s imagination nothing is ever quite what it seems. Patterson: Little Red Riding Hood; Butler: Dirty Beasts; Patterson: The Three Little Pigs. “A hugely gifted ensemble of the younger generation, the chemistry between the seven young players is magical, the maturity and sensitivity of their playing is a delight” - Paul Patterson

You’re a Bad Man, Mr Gum has become a modern classic – pretty good at only 10 years old. But, as the winner of two Roald Dahl Funny Book Prizes, two Blue Peter Book Awards and the Red House Book Award, this was always something special. Celebrate Mr Gum with the author in an event that is likely to be as riotous as the book. 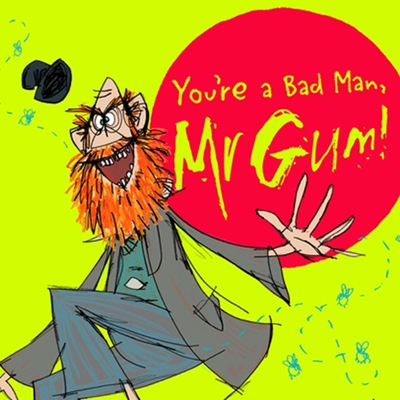 Celebrate 25 years of this picture-book with its award-winning creator Simon James (Baby Brains, Nurse Clementine). Little Emily has a whale living in her garden pond and decides to write to Greenpeace for tips on how to look after him.  With storytelling and live drawing, Simon takes you on a journey through this much-loved classic and introduces you to his latest book, REX.

Jo Smith is a Chartered Clinical Psychologist and Professor of Early Intervention (EI) and Psychosis at the University of Worcester.

Making a Point: The Pernickety Story of English Punctuation

The triumphant, concluding volume in David Crystal’s trilogy on the English language combines the first history of English punctuation with a complete guide on how to use it. The punctuation of English, marked with occasional rationality, is founded on arbitrariness and littered with oddities. Professor Crystal leads us through this minefield with characteristic wit and clarity. [DC on semi-colons is hilarious; also painfully funny on exclamation marks! Ed.] 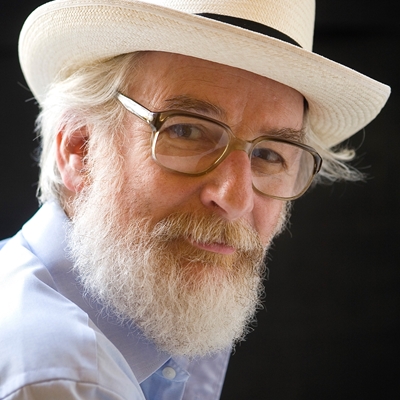 The Private Lives of the Tudors: Uncovering the Secrets of Britain’s Greatest Dynasty

Even in their most private moments, the Tudor monarchs were accompanied by a servant specifically appointed for the task. A groom of the stool would stand patiently by as Henry VIII performed his daily purges, and when Elizabeth I retired for the evening, one of her female servants would sleep at the end of her bed. The Chief Curator of Historic Royal Palaces uses the personal notes from these courtier intimates to give a revelatory picture of the Tudors’ private lives. 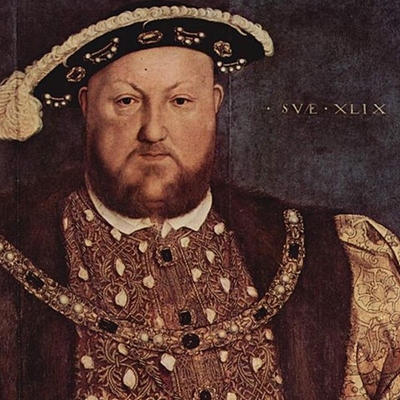 What Have Plants Ever Done for Us?

Which tree is often used in the treatment of cancer? Which everyday condiment is the most widely traded spice on the planet? Plants are an indispensable part of our everyday lives. From the coffee bush and grass for cattle (which give us milk for our cappuccinos), to the rubber tree that produces tyres for our cars, our lives are inextricably linked to the world of plants. The Curator of the Oxford University Herbaria identifies the plants that have been key to the development of the western world.

In his first official event as National Poet of Wales, Ifor ap Glyn will discuss Welsh literature with his predecessor, Gillian Clarke. Both poets will read from their work and share their stories and thoughts on this thriving scene.

The Shape We’re In: Building Good Mental and Emotional Health

The hyper-accelerated culture of the C21st presents many challenges for our mental and physical wellbeing. The consultant clinical psychologist explores positive strategies for handling life’s challenges, from taking care of your physical health to building strong relationships with those around you and developing coping strategies for negative moments.

Read more
Discover a world of stories in Hay Castle’s thousand years of tempestuous history with a series of guided tours of the Medieval keep, Jacobean mansion and Victorian service buildings, led by a range of experts from Royal Commission of Ancient and Historical Monuments of Wales, Cadw, National Trust Wales, Hay History Group and Hay Castle Trust.
This event has taken place

Read more
A reading and conversation with the author of Stuart: A LIfe Backwards, to celebrate the publication of A Life Discarded.
Unique, transgressive and as funny as its subject, A Life Discarded has all the suspense of a murder mystery. Written with his characteristic warmth, respect and humour, Masters asks you to join him in celebrating an unknown and important life left on the scrap heap.

A Life Discarded is a biographical detective story. In 2001, 148 tattered and mould-covered notebooks were discovered lying among broken bricks in a skip on a building site in Cambridge. Tens of thousands of pages were filled to the edges with urgent handwriting. They were a small part of an intimate, anonymous diary, starting in 1952 and ending half a century later, a few weeks before the books were thrown out. Over five years, the award-winning biographer Alexander Masters uncovers the identity and real history of their author, with an astounding final revelation.

A Life Discarded is a true, shocking, poignant, often hilarious story of an ordinary life. The author of the diaries, known only as ‘I’, is the tragicomic patron saint of everyone who feels their life should have been more successful. Part thrilling detective story, part love story, part social history, A Life Discarded is also an account of two writers’ obsessions: of ‘I’s need to record every second of life and of Masters’ pursuit of this mysterious yet universal diarist. 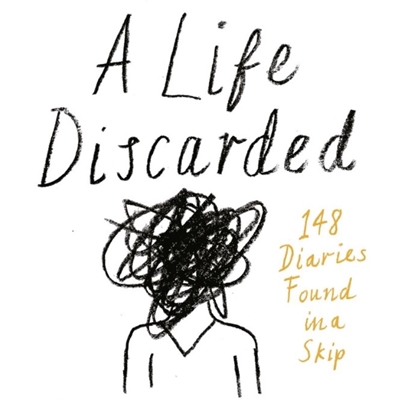 Learn from expert model-makers how to make the famous Aardman characters. Three workshops this morning provide a creative and hands-on activity for all ages. You will also get the chance to ask questions about the animation process. Then take your clay models home and try animating them using Aardman’s easy-to-use Animate It! software.

Maggie Andrews is Professor of Cultural History at the University of Worcester.

The writer discusses his 1982 Booker-winning novel about Oskar Schindler, the German industrialist who risked his life to protect and rescue Jews from Auschwitz. The book was made into a film by Steven Spielberg as Schindler’s List. 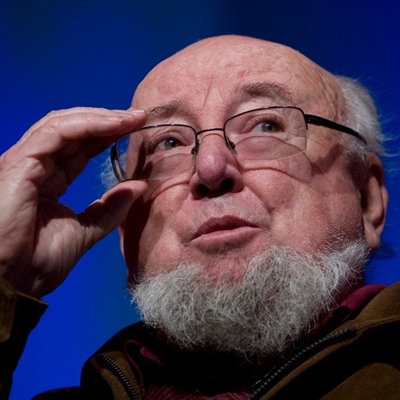 From Genes to Beans

From the food on our plates to the greens in our garden, many plants share one extraordinary characteristic – they contain two, three or even 10 copies of their entire genetic code in each of their cells. This so-called ‘polyploidy’ crams cells full of DNA and not only gives us weird and wonderful-looking plants, but almost all of the plants we eat every day. The Director of Science at the Royal Botanical Gardens Kew and Michael Faraday Prize winner talks about polyploidy and how it will help us take on our great global challenges.

God is Watching You: How the Fear of God Makes Us Human

The flood that God used to destroy the sinful race of man on Earth in Genesis 6:17 crystallises in its terrifying, dramatic simplicity the universally recognised concept of payback. For millennia human civilisation has relied on such beliefs to create a moral order that threatens divine punishment on people who commit crimes, while promising rewards – abstract or material – for those who do good. Today, while secularism and unbelief are at an all-time high, this almost superstitious willingness to believe in karma persists. Why? 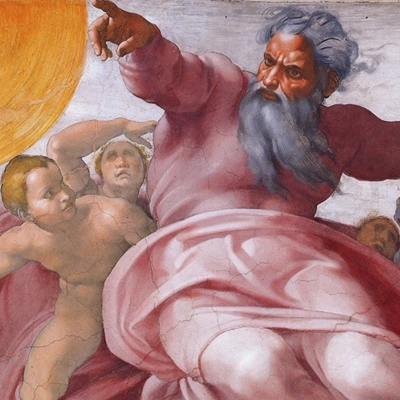