A Short History of Money, Banking and Credit – Parts 1 and 2

A two-part interactive course exploring finance. Beginning with sea shells in ancient Mesopotamia, this journey is via gold, Chinese paper money, medieval Italian banks, rise of the City of London, the global financial crisis – and finally Bitcoin and Cryptocurrencies. Greatbatch and Elliot are leading investment and equity specialists who also lecture in economics at King’s College London. 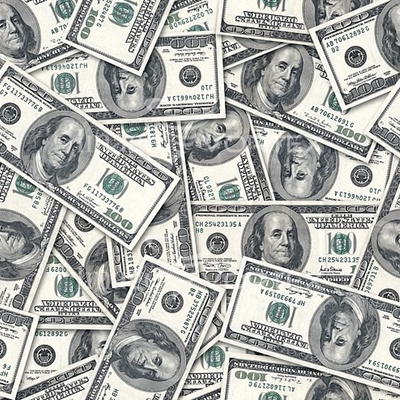 From robins to glittering garlands, Richard Booth’s will be bursting with all kinds of fun and festive things to make and do.

Families, all ages.
£2 Donation for materials.
This event has taken place

Owain Glyndŵr, a descendant of independent Welsh princely dynasties, led the last national Welsh revolt, claiming the title Prince of Wales in 1400 and for some years achieving considerable military, political and diplomatic success. Following the fall of Harlech Castle to Henry IV’s forces in 1409, Owain’s fate is unknown until his death, almost certainly in 1415. The winner of the 2016 Creative Non-fiction Prize in Literature Wales’s Book of the Year (Welsh Language), talks to Guto Harri about the traditions relating to Glyndŵr’s mysterious last years – traditions mostly centred on Herefordshire – and about Glyndŵr’s significance in Welsh history. 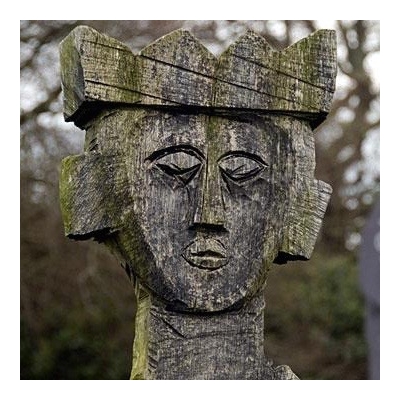 A First Book of Animals

The award-winning poet explores the natural world and the animals in it for this fact-filled collection of verses. Blue whales, polar bears, tigers and dragonflies – all creatures great and small – are lyrically described in the text and beautifully bought to life in Petr Horáček’s stunning illustrations. Join both to learn more about the riches of the animal world.

5+ years
This event has taken place 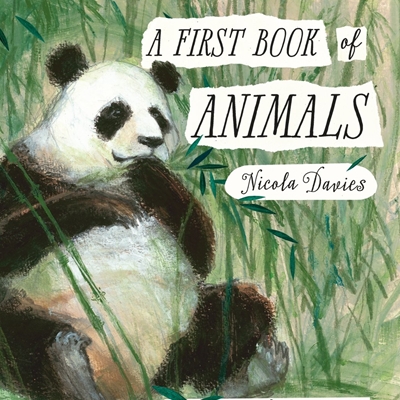 What makes a violinist become a policeman, or a monk fall in love? How does someone lose 18 stone in as many months? Or a follower of radical Islam turn his back on holy war? When can simply taking a new name usher in a new life? And how does a family adapt to the brain injury that changes their child beyond recognition? These andother stories combine with a wealth of smart thinking from psychology, philosophy, literature and science as Polly Morland unravels the mysteries and mechanisms of human change. The author is an award-winning writer and documentary-maker. This is her third book. 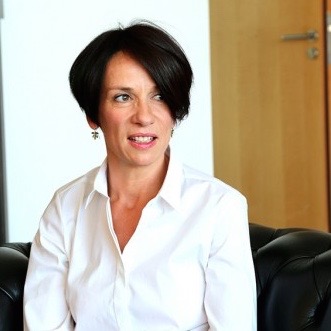 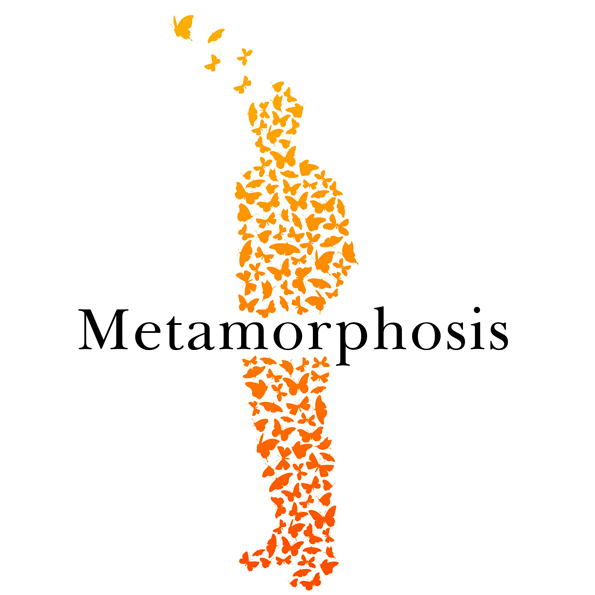 The Book of Hygge

The Danish word hygge encapsulates a feeling of belonging and warmth, a moment of comfort and contentment. In this frenetically busy season, take time out to discover how life can be better with hygge. Louisa talks to Corisande Albert. 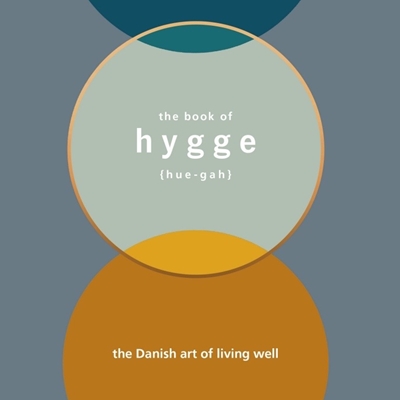 Join the author for a gripping behind-the-scenes look at her spine-tingling tale, Murder in Midwinter. With the Christmas lights sparkling, Maya spots something sinister from a bus window in London’s Regent Street, which leads her to be caught up in a violent crime. For safety, the police send her into hiding with relatives in Wales. As the snow falls, Maya and her family are shut off from the outside world. But what if someone tries to get in?

10+ years
This event has taken place

Sponsored by Foyles of Glasbury 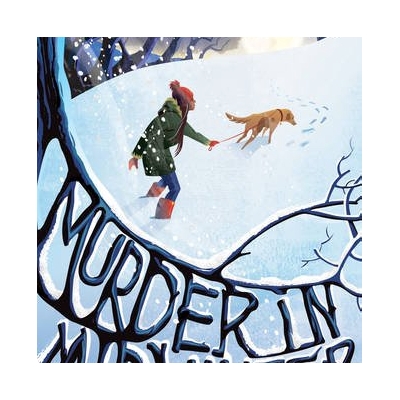 Hay Railway provided a vibrancy to life and trade in the town from 1864-1962. The tour includes a visit to the working model of Hay Railway Station, local stories, information about Hay Bridge, the barge-building yard, the former ferry jetty and the Eye Well. Wear suitable clothing as footpaths may be muddy.

Children under 16 free, no ticket required, but must be accompanied by an adult
This event has taken place

In partnership with Hay Tours 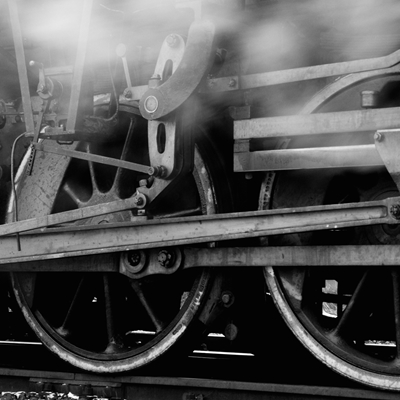 The comedy duo host a fortnightly chat show for less-than-perfect parents and perform live shows around the UK. The Scummy Mummies Podcast, which launched in July 2013, was an instant hit, going straight to number one on the iTunes Kids and Family chart. Since then it’s been featured by the Telegraph, and recommended by Woman’s Hour as one of the best podcasts of 2016 and now has listeners in more than a hundred countries. Photos by Giada Garofalo. 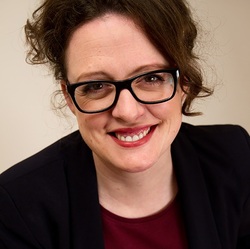 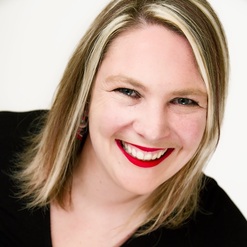 The poet, winner of the chair at the National Eisteddfod, talks about her first collection of poems for adults, winner of the Wales Poetry Book of the Year, and her libretto, a collaboration with Karl Jenkins’ for ‘Cantata Memoria’, commemorating the 50th anniversary of the Aberfan disaster. 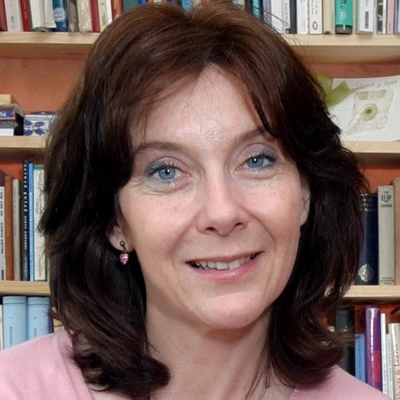 There may Be a Castle

Join the Guardian Children’s Book Award winner, author of The Last Wild trilogy and There Will be a Castle, for a workshop to learn his writing secrets. He will tell you how hard it can be to become an author, but he will also inspire you to persevere and follow your dream. He will even get you started on your very own book.

10+ years
This event has taken place 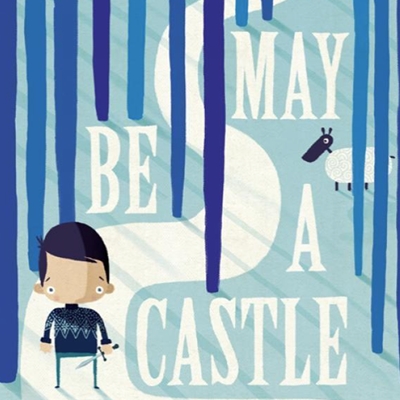 To commemorate the 50th anniversary of the 1966 Aberfan disaster, Sheers’ latest work, the film poem The Green Hollow, is based on the voices and memories of those involved. He talks with Louise Walsh whose novel, Black River, is inspired by the dreadful press intrusion and insensitive media coverage that occurred in the months following the disaster. Owen and Louise talk to Peter Florence

The Green Hollow can be seen now on BBC iPlayer. 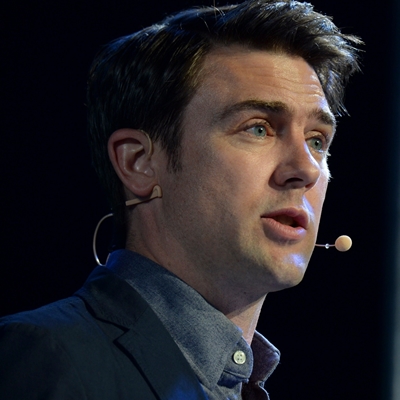 The Apple Orchard – The Story of Our Most English Fruit

Taking us through the seasons in England’s apple-growing heartlands, Brown uncovers the stories and folklore of our favourite fruit. 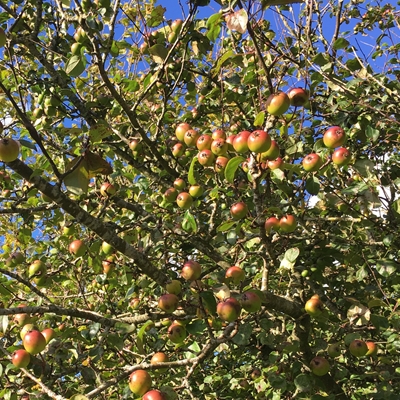 The winner of the 2015 Waterstones Children’s Book Prize introduces the characters in his new picture-book story about a dog who just doesn’t fit in. All she wants is to mix with the other dogs but she always seems to be whistling a different tune or dancing to a different beat. Listen to Rob talking about creating picture-books with animal themes and watch him draw some of his best-loved characters.

5+ years
This event has taken place 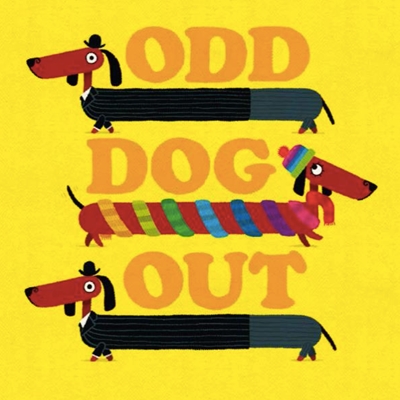 The rhythmic lullaby of ‘North Utsire, South Utsire’ has been sending the nation’s insomniacs to sleep for more than 90 years. It has inspired songs, poetry and imaginations across the globe – as well as providing a very real service for our seafarers who might otherwise fall prey to storms and gales. The places themselves – how they got their names, what’s happened there through the ages – the poems and parodies that the shipping forecast has inspired, feature in this evocative tribute to one of Britain’s (and Radio 4’s) best-loved broadcasts. 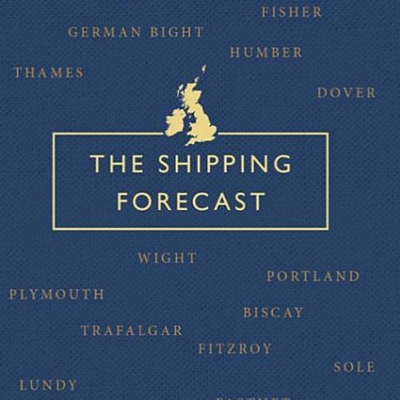 Mark Watson in conversation with Ellie Gibson and Helen Thorn

The Place That Didn’t Exist

The dazzling new novel from acclaimed author and stand-up comedian Mark Watson is gripping, darkly funny and unexpectedly moving. It asks where the truth lies in a world that blurs the boundaries between fantasy and reality. 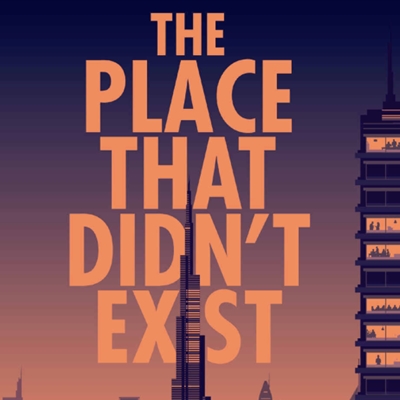 Stories from the Horn of Africa - presented by Wales PEN Cymru

Ben Rawlence spent seven years as a researcher for Human Rights Watch in many countries in Africa, and seven long visits over four years to the Dadaab refugee camp in northern Kenya. This work forms the basis of his extraordinary book, City of Thorns: Nine Lives in the World’s Largest Refugee Camp, which chronicles the lives of its residents. Ben will be joined by Yohannes, a refugee from Ethiopia who has made the long and dangerous journey across the Libyan desert and the Mediterranean before coming to the UK via the infamous ‘Jungle’ camp at Calais. In conversation with Dylan Moore.

In partnership with Wales Pen Cymru 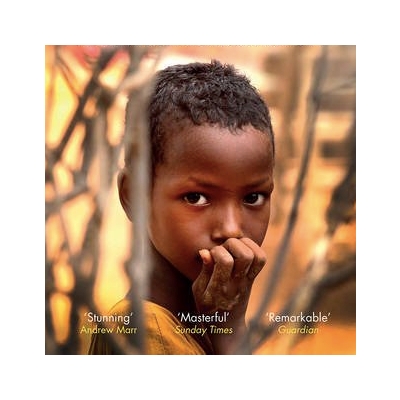 The memoir of Nick Yarris, who was wrongly convicted of rape and murder and spent 23 years on Death Row. While he was in prison, to keep himself sane, Nick educated himself (including learning about triskaidekaphobia, the fear of 13 which gives the book its name). Later, as the technology developed, Nick pressed for post-conviction DNA testing, which eventually led to him being acquitted of all charges. 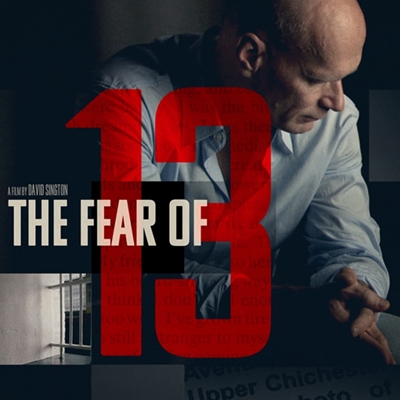 The Cyclist who Went out in the Cold

Scaling a new peak of rash over-ambition, Tim Moore tackles the 9,000km route of the old Iron Curtain on a tiny-wheeled, two-geared, East German shopping bike. After three months, 20 countries and a 58-degree jaunt up the centigrade scale, man and bike finally wobble up to a Black Sea beach in Bulgaria, older and wiser, but mainly older. Moore is a British travel writer and humorist whose previous book was also cycling-themed: Gironimo! Riding the Very Terrible 1914 Tour of Italy. Interviewed by Robert Penn, author of It’s All About the Bike. 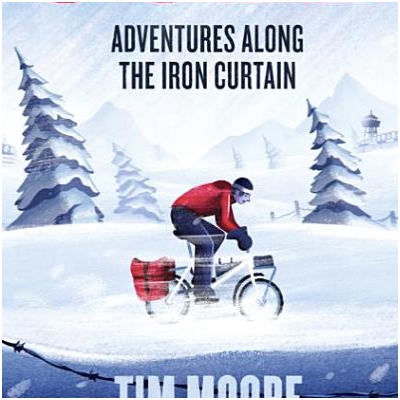 A fascinating study of the evidence unearthed about a widespread settlement pattern, dating from the late medieval period, that existed in an upland area of the Eastern Massif of the Black Mountains in south-east Wales. The archeologist knows the area personally from when he worked as a drystone waller and details both the research and the results including finding evidence of 499 separate structures on the ground.

In partnership with Hay History Group 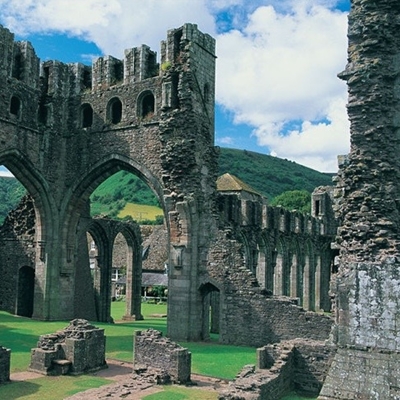 The Spirits of Christmas

Stock your drinks cabinet and give yourself a warm glow by supporting local producers. For your delectation – and sampling – we have three family firms that have succeeded in the face of corporate competition: John-James Savage of Dà Mhìle in Ceredigion makes botanical gin and whisky, Judith Dudley from Parva Farm, Tintern introduces you to Welsh wine, and Charles Martell from Gloucestershire distills brandy and vintage fruit spirits made from plums, apples and pears.
Chaired by Kitty Corrigan. 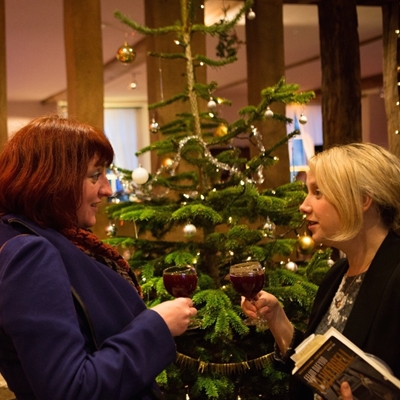 Warm up the vocal cords and join in this Christmas singalong with the Friends of Hay Castle. Music, good company and Christmas cheer – what more could you ask for?

There will be a charity collection after the event.
This event has taken place 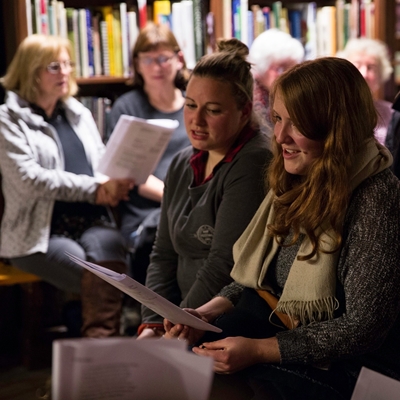 The multi-award-winning star of numerous TV shows – Dave’s Road to Rio, We Need Answers, Live at the Apollo, Mock the Week and Have I Got News For You, and his own cult Radio 4 series Mark Watson Makes the World Substantially Better and Mark Watson Talks a bit About Life, performs the follow-up show to his highly celebrated and successful Flaws. A seemingly minor problem at an airport is the starting-point for a spiralling examination of identity in the digital age and the search for meaning in our lives. Luckily the show includes an enormous number of jokes, as well as Watson’s customary flailing about and chaotic audience interactions. In short, if you like comedy, but don’t come and see this, you’re acting very oddly.

14+ years
This event has taken place 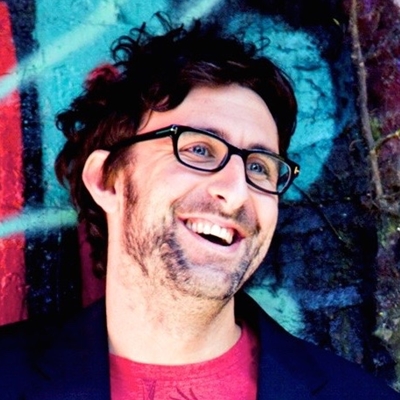