This piece represents a large valley surrounded of mountains, but in fact what we really see is just a grid distorted by an algorithm. The generated landscape thus questions the connection between nature and code: what would happen if our reality could be recreated and simulated using mathematical functions? A layer of projected light creates the illusion depth and blurs any sense of distance. Meanwhile, a cycle of day, night and different seasons give life to the mural landscape, distorting our perception of space and time.

Conceived in July 2016 for a group exhibition at the LaVallée space in Brussels, Lemercier was invited to present Montagne, cent quatorze mille polygones in Tokyo in February 2018. The piece was exhibited on the same floor of the skyscraper where the Tokyo Observatory is located, which offers a 360-degree view of the city with Mount Fuji a hundred kilometers away. Once there, Lemercier was inspired by the harsh Japanese winter and decided to incorporate the snowstorm as part of the piece. Some of his works of art evolve over time, not as pure in situ creations but as an attempt to reflect a moment, a state of mind or specific atmosphere.

He is a French visual artist whose work focuses in exploring and expanding the possibilities of light projected in space. Pioneer in artistic use of Videomapping and co-founder of the AntiVJ collective in 2008, Lemercier has focused his personal researchin the creation of pieces that use light to generate experiences that alter our perception. Through computer programming and the manipulation of devices, manages to turn projectors into a light source capable of transforming the appearance of things and making us question the conception of reality. “Light as medium, space as canvas” is the premise on which a large part of his body of work is based. Concerned about transcending the two-dimensionality of the flat screen, Lemercier has experimented with projections on materials such as wood, glass, paper or ceramics. In recent years, he has stood out for his advances in the dematerialization of the projection surface, working on transparent materials and water droplets.

Curated by Juliette Bibasse, director of the Studio Joanie Lemercier in Brussels, the exhibition present in the rooms of Espacio Fundación Telefónica addresses the importance of nature in Lemercier's life and artistic career and raises a reflection on the representation of the natural environment through technology. In what is the first major solo exhibition of the artist, the viewer is immersed in a journey through different landscapes that transport us from the contemplation of refined abstract lines and the fascination caused Through majestic computer-generated mountains to the overwhelming reality of an overexploited nature. 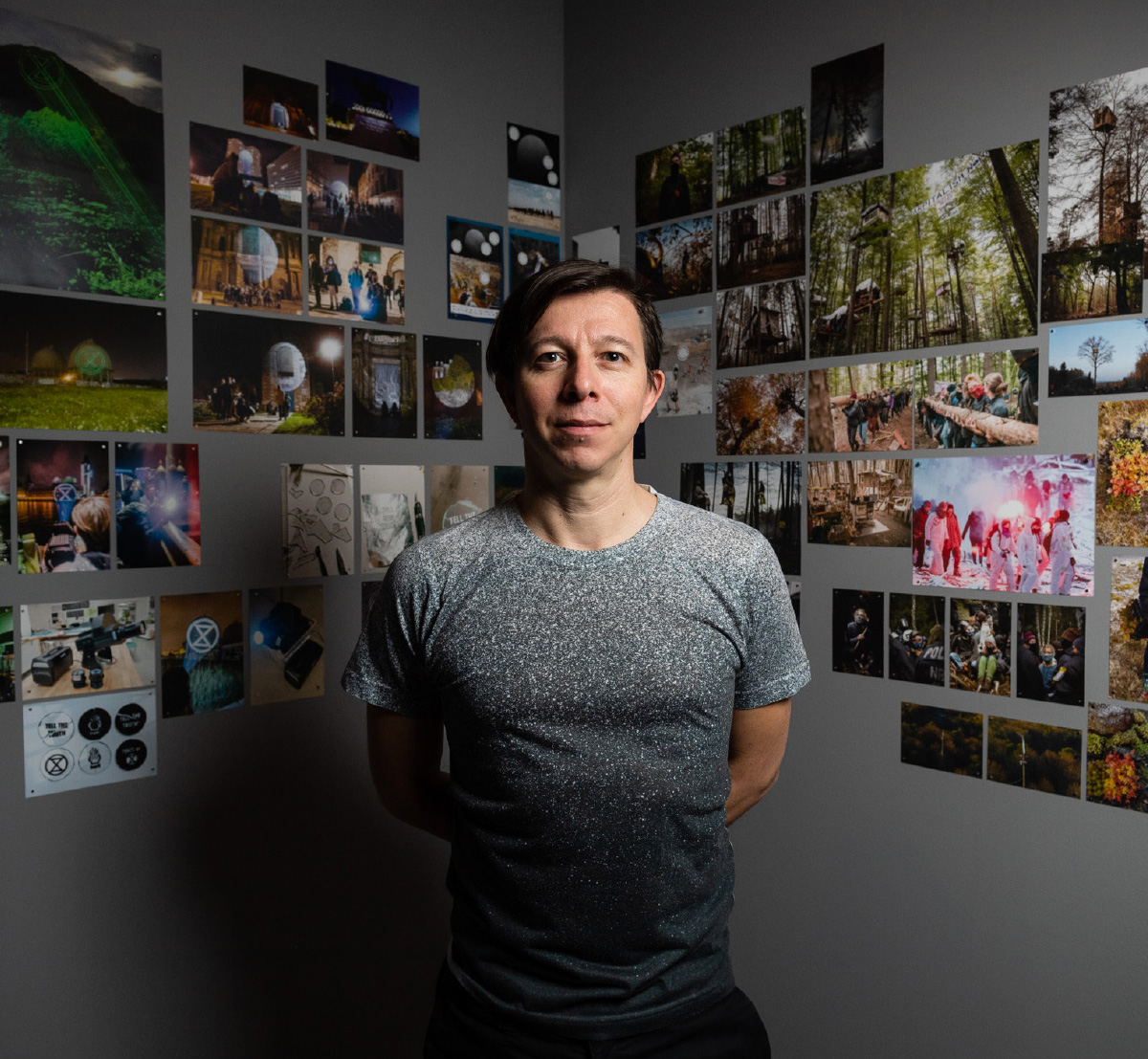 Maysun. To exist is to Resist. Restrospective of an occupation 2005-2018. Photography exhibition

The To exist is to Resist project, a retrospective of an occupation 2005-2018 ’stars this year in the photography exhibition of the Hay Festival. It is an exhaustive work by visual journalist and photography director Maysun on Palestinian identity with the Israeli-Palestinian conflict in the foreground. Maysun, born in Zaragoza to a Palestinian father, carries out an exercise of inquiry and historical and cultural memory "that reminds us of who we are as Palestinians." Maysun notes that eight million Palestinian refugees live outside the occupied territories of West Bank and Gaza. In 2004 she began to portray the Palestinian community in Zaragoza and Catalonia.

Since 2006 she has traveled and lived in different countries on the trail of refugees: Palestine, Jordan, Egypt, Lebanon and Syria "trying to capture the essence of our culture and how the Israeli occupation affects entire generations of people for so long", she states. The exhibition is divided into five chapters: Before (which reflects the situation of the Palestinians in the West Bank) Out (with photographs in Spain, Syria and Iraq) In (Gaza in 2014) Aftermath (Gaza, 2015) Still alive (again in Gaza, 2018). 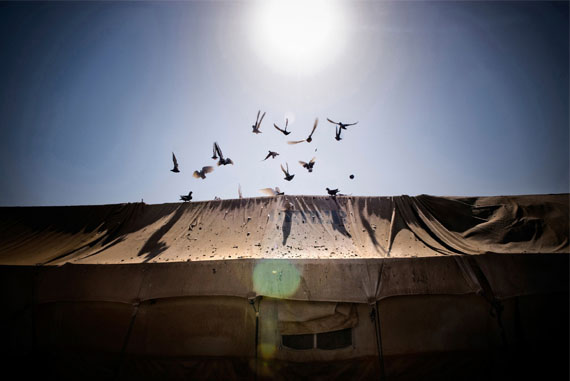 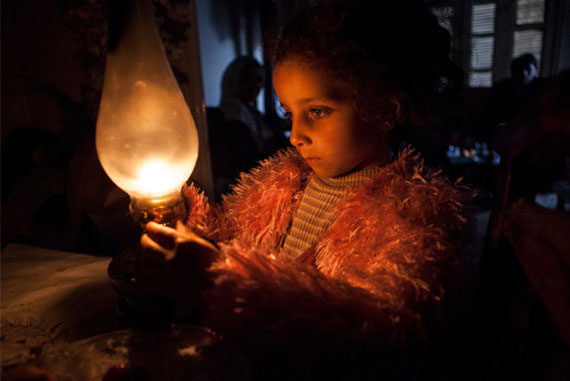 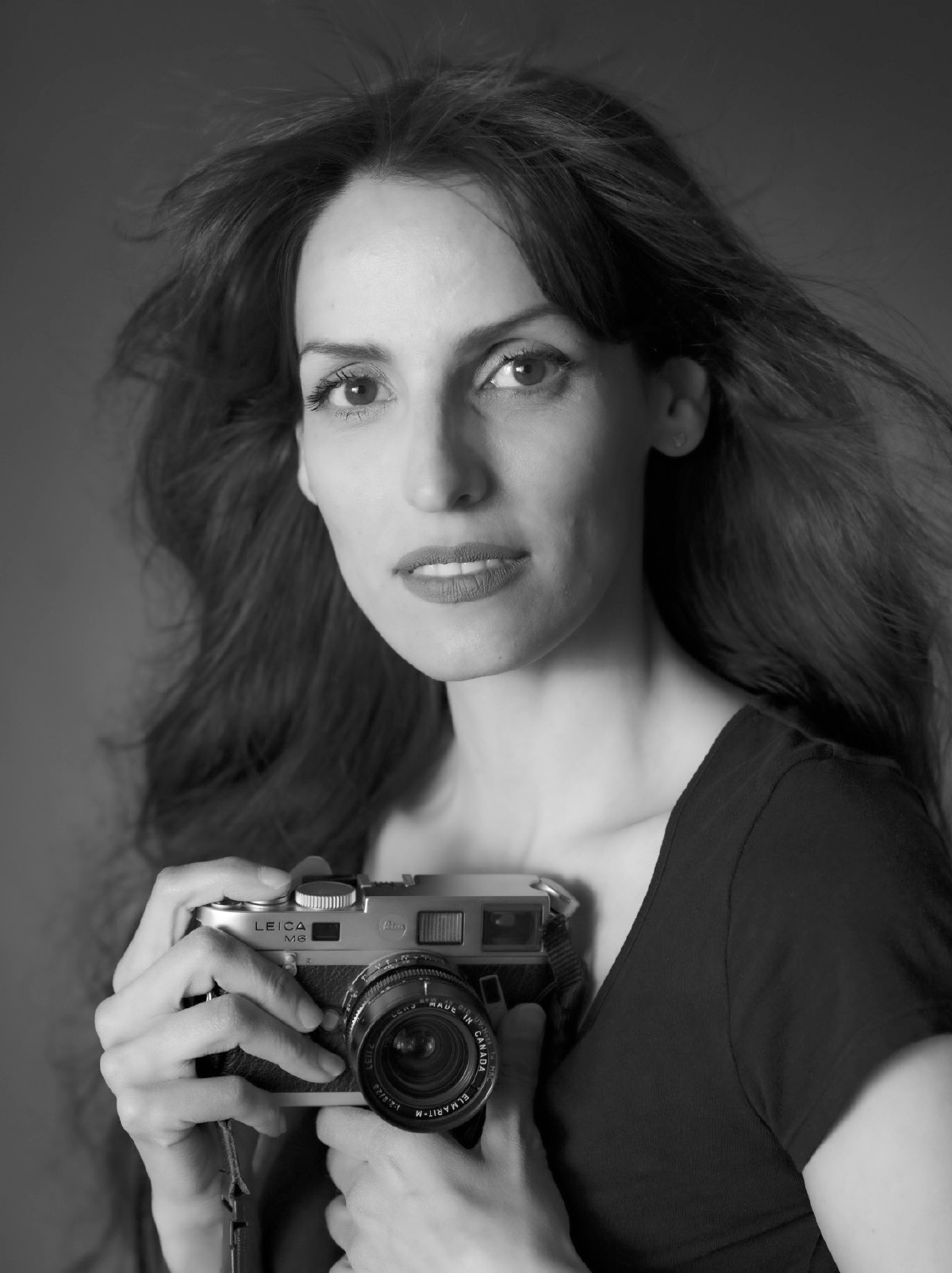 We have created the project Castilla y León y las Redes que crean riqueza (Castille and Leon and Nets that Build Wealth): a parallel project to the festival, in a synergy context.

It is the embodiment of several connections that have been created in the field of the exchange of experience and knowledge throughout all of the festival’s editions.

This spontaneous process has given rise to our project.

Inspired by the Book Market of the Jaipur Festival, the Hay Festival has gathered 25 professionals from the world of culture and books, whose seven minute participations will be broadcasted via streaming and via podcast.

We have invited 25 speakers to share their experience and serve as inspiration:

Apart from Sanjoy Roy, director of the Indian Festival that inspired the initiative, from Pallavi Aiyar and Raphael Minder who participated on Friday (and whose participations can be followed on the Hay Player), this event includes Ana Gavin, Director of International Relations of the Grupo Planeta; Miguel Aguilar, Publishing Director of Debate, Taurus and Literatura Random House publishing houses; Carlota del Amo, Director of Corporate Communication at Penguin Random House; Marta Williams, expert in the field of women's leadership; Carlos Hernández-Lahoz, international consultant of the Princess of Asturias Foundation; Fuencisla Valverde, who has been at the head of Diagonal, one of the leading socio-cultural centres of Segovia, for 35 years; Alberto Espinar, agricultural engineer and councillor of Innovation and Culture at the Council of Segovia; Jorge Fernández Leon, expert in cultural policies and trustee at the Spanish Academy in Rome; Emilio Gil, a designer, Gold Medal of Fine Arts; Manuel Mateo Pérez, writer, editor and director of the Publishers Weekly magazine in Spanish; Sonia Mulero, Director of the Banco de Sabadell Foundation and member of the Patronage of the Escola Eina Foundation; Geoffroy Gérard, general director of the IR Foundation; Daniel Fernández, president of the Edhasa and Castilia publishing houses, and current President of the Centro Español de Derechos Reprográficos (CEDRO); Almudena Bermejo, expert entrepreneur in the field of cultural projects and sustainability; Carlos Rod, Co-director of the independent publishing house La Uña Rota; Beltrán Gambier, a jurist and Director of Intramuros magazine; Juan Zafra, Director of Telos magazine and General Secretary of Open Publishers Club (CLABE); Valerio Rocco, a philosopher and Director of the Círculo de Bellas Artes; Xavier Vidal, Director of the Nollegiu bookshop, an iconic cultural centre of the Poblenou neighbourhood of Barcelona; Jesús Prieto, xpert jurist in the field of Cultural Law; Javier Gila, President of the NGO Aida; Patrici Tixis, president of the Guild of Editors of Spain and Director of Communications of Grupo Planeta; and Raúl Fernández Sobrino, Culture Viceadvisor of the Board of Castilla y León.

Pedro Zuazua, Director of Communications of PRISA Noticias will moderate this event

Format: A TED talk-like succession of talks of 7 minutes, with highlighted professionals.

Organized together with Junta de Castilla y León and the collaboration of Podimo. 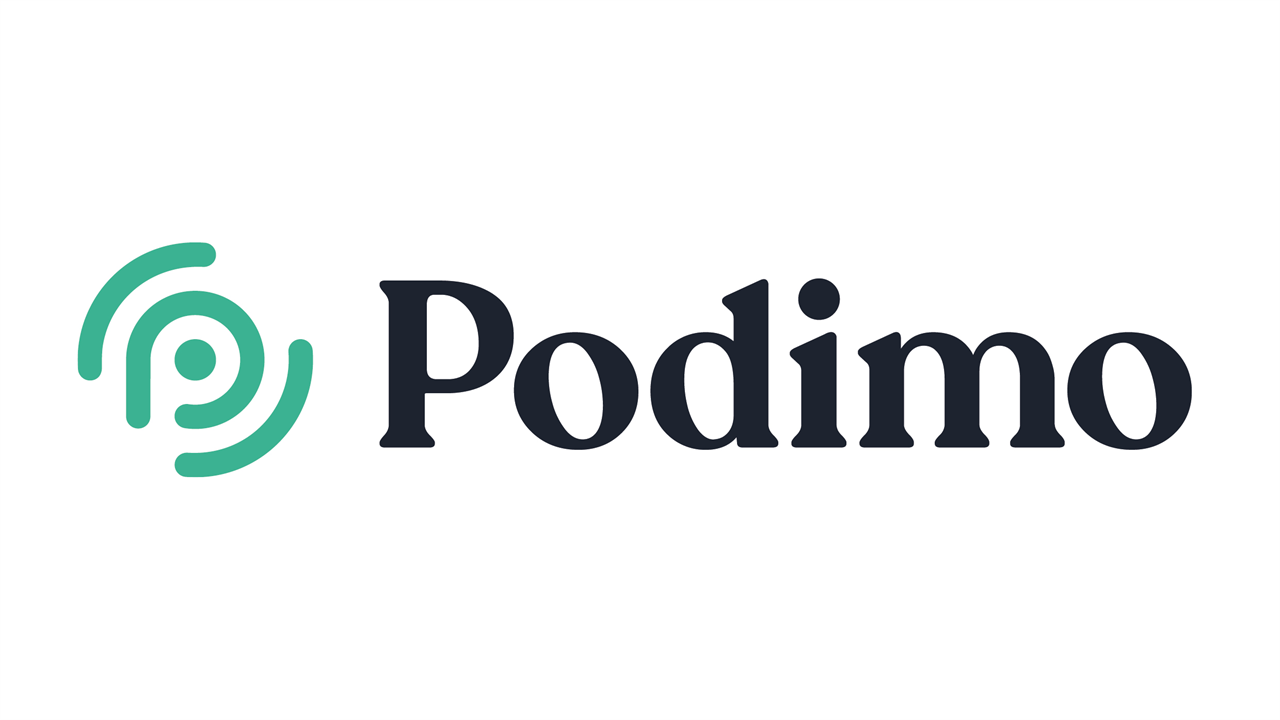 Dialogues with the land

The pandemic has taught us that no rebirth is possible without a return to earth. Without the renewal of the bond between earth and mankind.

Castilla y León writers, from a land where cultural heritage and natural heritage cannot be conceived without each other, have known this very well for a long time. In the wake of Miguel Delibes, on his centenary, their commitment to nature, to the rural world, to the landscape and the peasantry, to the land, is part of their best literature. A literature with its own personality. And with indisputable weight in the national and international scene.

This proposal is developed in four different places in the rural environment of Castilla y León. Four enclaves of extraordinary heritage value distributed throughout the fields of Castille. The ones of Machado and the 98. The ones of Miguel Delibes.

With the following events:

Grupo Planeta, which in 2019 celebrated the 70th anniversary of its foundation by José Manuel Lara this year, is the largest publishing group in Spanish in the world; and the eighth largest in terms of profit. It includes over 50 publishing brands, covering online sales, teaching and university departments, education and media including the Atresmedia Group and publishers in Latin America. It holds one of the most prestigious catalogues of national and international authors. 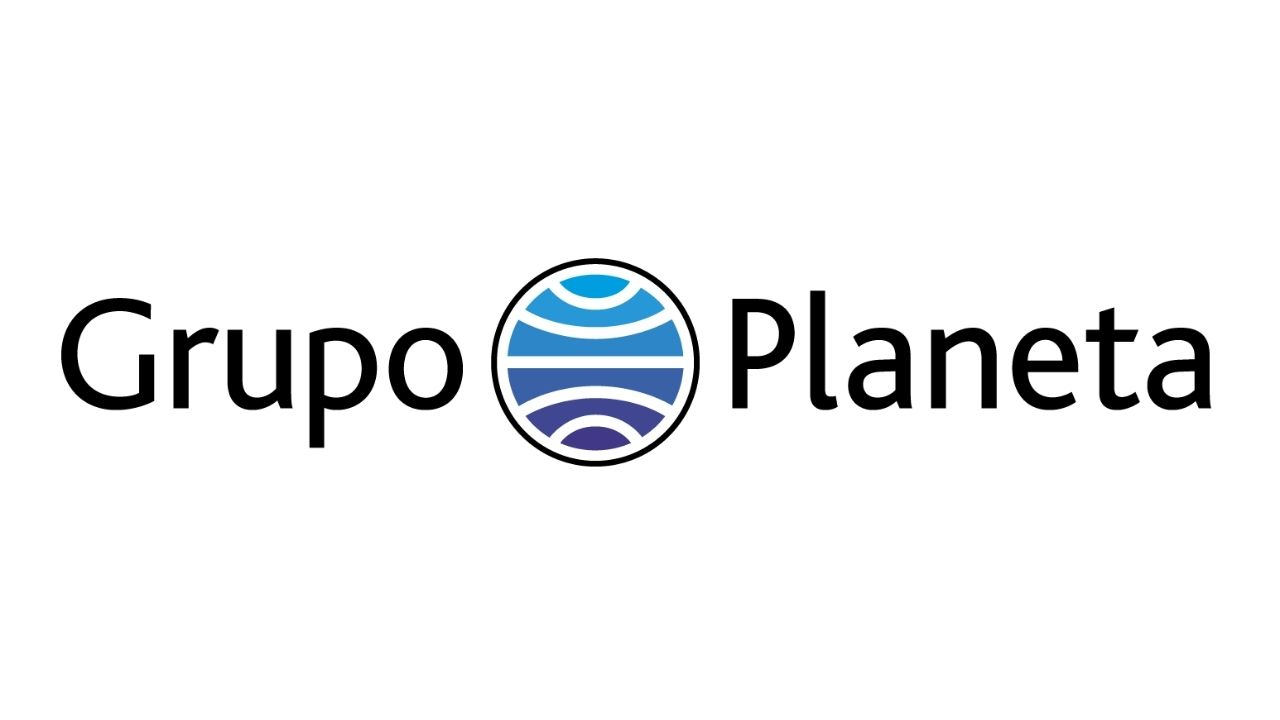 The province of Segovia has a long-established wood industry. Pallets EUR – the only pallet brand on the market with a quality certificate – is established here.

These pallets are going to be repurposed to redecorate the city, bringing ecological awareness to spaces created by Hay Festival to frame its cultural activities.

EUR Pallets are committed to environmental responsibility and sustainability. 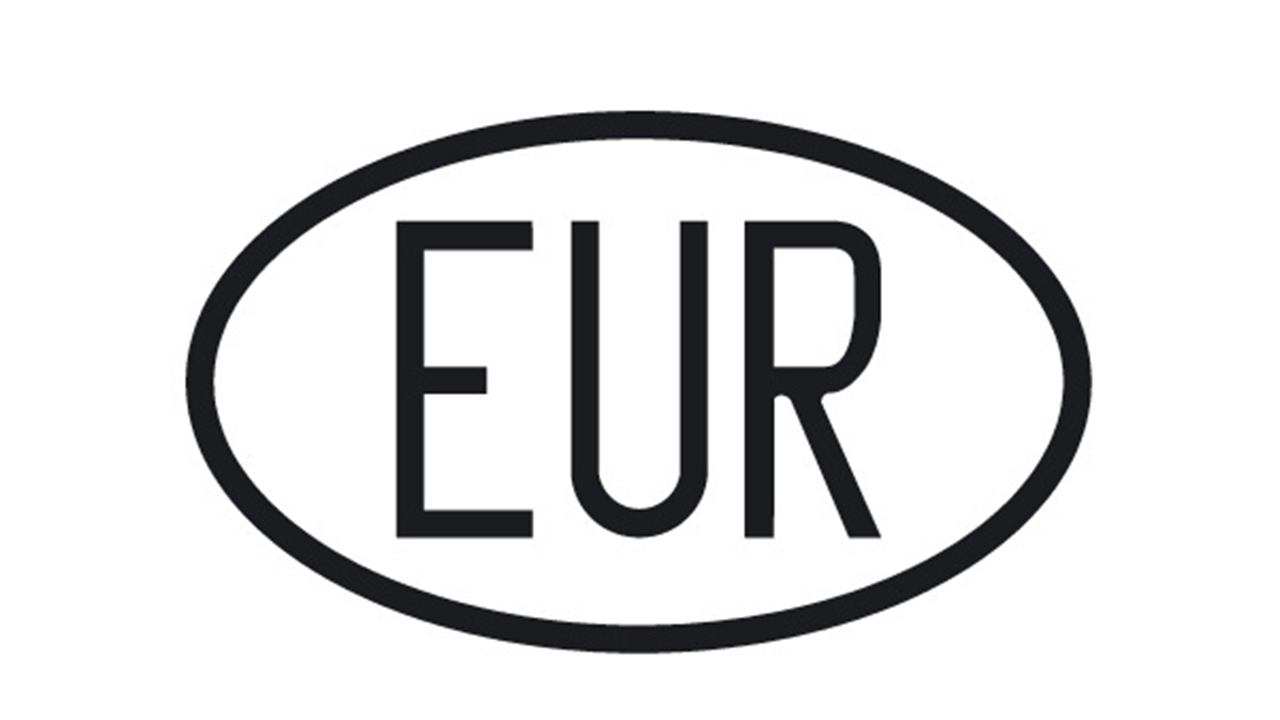 British Council: It's time to talk (to each other)

The British Council, a global partner of Hay Festival, is this year offering a programme aiming to bring the Festival to the streets, squares and gardens of Segovia. The town as a space for cohabitation, but also for cultural diversity, will be the epicentre of this multidisciplinary programme. The audience will be able to participate in these activities, as they turn into true protagonists.

Within its “It's Time to Talk” programme, the British Council plans to participate in this new edition of the Hay Festival Segovia by exploring the creation of safe spaces to foster dialogue and reflect on human behaviour in the face of major geopolitical events and movements, and also on the consequences of globalization on our sustainability. The British programme will consist of face-to-face and online interactions, with the participation of experts from the fields of investigative journalism, biostatistics and the fashion industry to analyse the leading role that technology plays in our behaviours and the tools at within our reach to direct our future and that of our planet.

Acción Cultural Española (AC/E) is a Spanish public body dedicated to promoting Spain’s culture and heritage, inside and outside the country, through an extensive programme of activities.

This includes exhibitions, meetings, conferences, film, theatre, music, audio-visual productions and initiatives that boost the mobility of professionals and artists. As part of the promotion of the internationalisation and mobility of Spanish literary professionals, AC/E collaborates with Hay Festivals held around the world, co-organising activities for the promotion and dissemination abroad of the work of Spanish writers. Visit www.accioncultural.es. 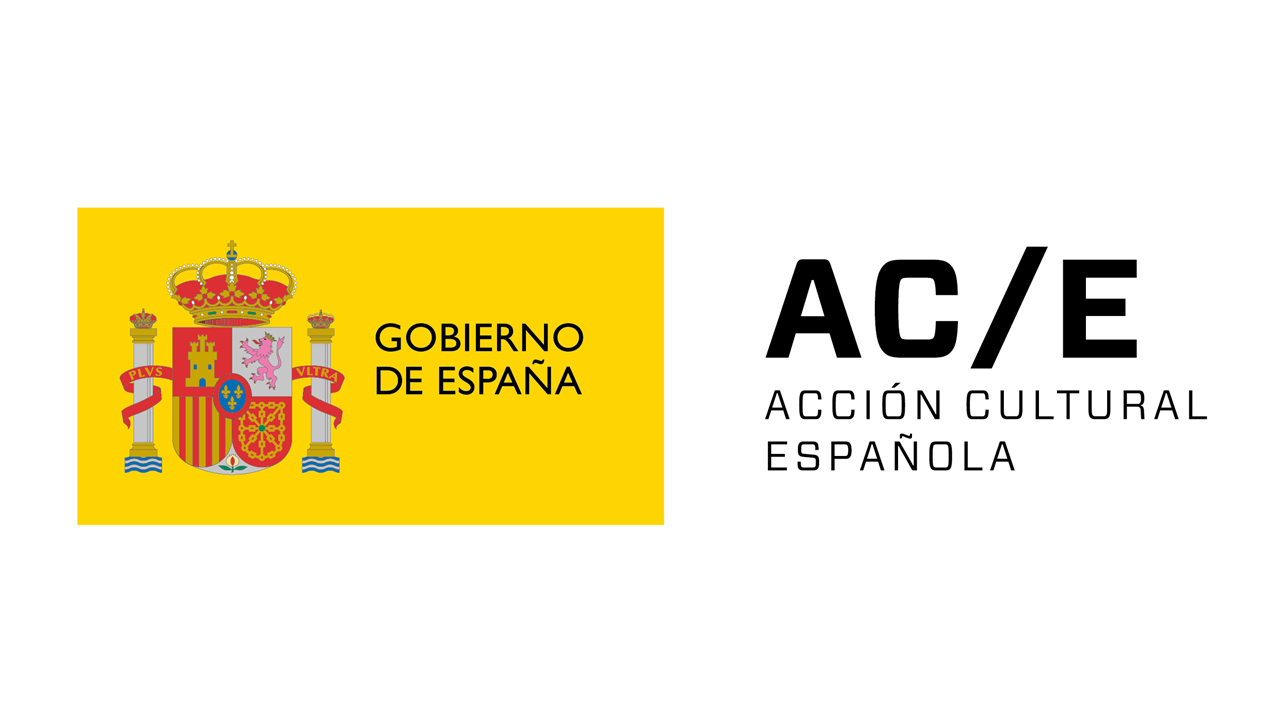 This year the Provincial Council of Segovia collaborates with Teatro Juan Bravo with the conversations between César Antonio Molina and Angélica Tanarro, Silvia Abril and Toni Acosta, Manuel Jabois and Karina Sainz Borgo and Julia Navarro and José Manuel Lorenzo.

Podimo in collaboration with HAY Festival will record the best events of this edition. Bringing the festival closer to all those who choose a digital format.

Podimo is Europe's leading podcast platform that offers personal recommendations to users and supports creators through an innovative user-centered revenue sharing model. It is currently operational in Denmark, Germany and Spain. Users and subscribers have access to thousands of the best podcasts on the market, as well as completely new and unique programs that can't be found anywhere else. podimo.com/es 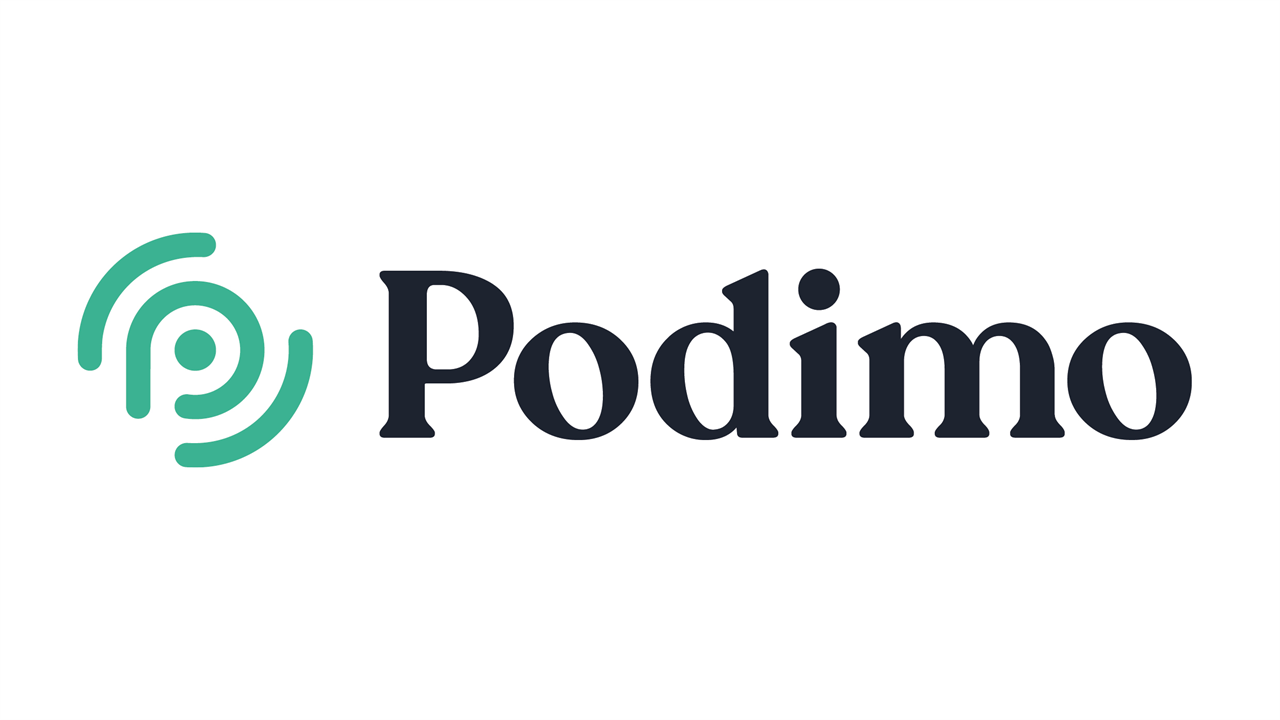 Correos collaborates for the first time with Hay Festival Segovia around sustainability, rebirth and returning to nature, inspired by the work of Miguel Delibes. Added to this are reflections on the future of Europe and literature (national and international literary awards) and young thinkers who use new technologies. 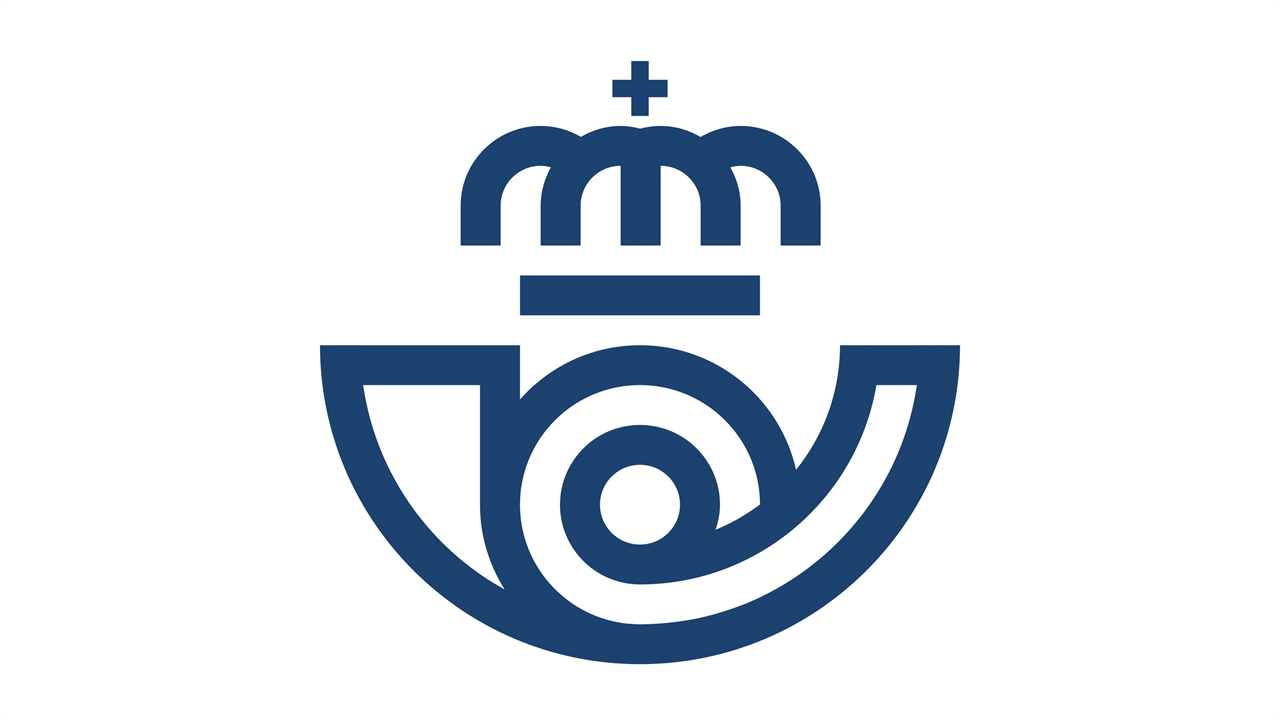 Become a friend of Hay Festival Segovia through the Triodos Foundation

Los Amigos del Hay Festival Segovia is a group of people from different fields, moved by the admiration and enthusiasm that this culture festival arouses.

The primary objective is to promote the link between society and the festival to create a broad and committed support over time.

Friends of the Hay Festival de Segovia can be those institutions, companies and individuals that value CULTURE as an intangible heritage that belongs to everyone.

Hay Festival Segovia and the Triodos Foundation invite you to join the Club Amigos https://crowdfunding.fundaciontriodos.es/hazte-amigo-hay-festival-segovia-/2901

You can learn about the different options and rewards. 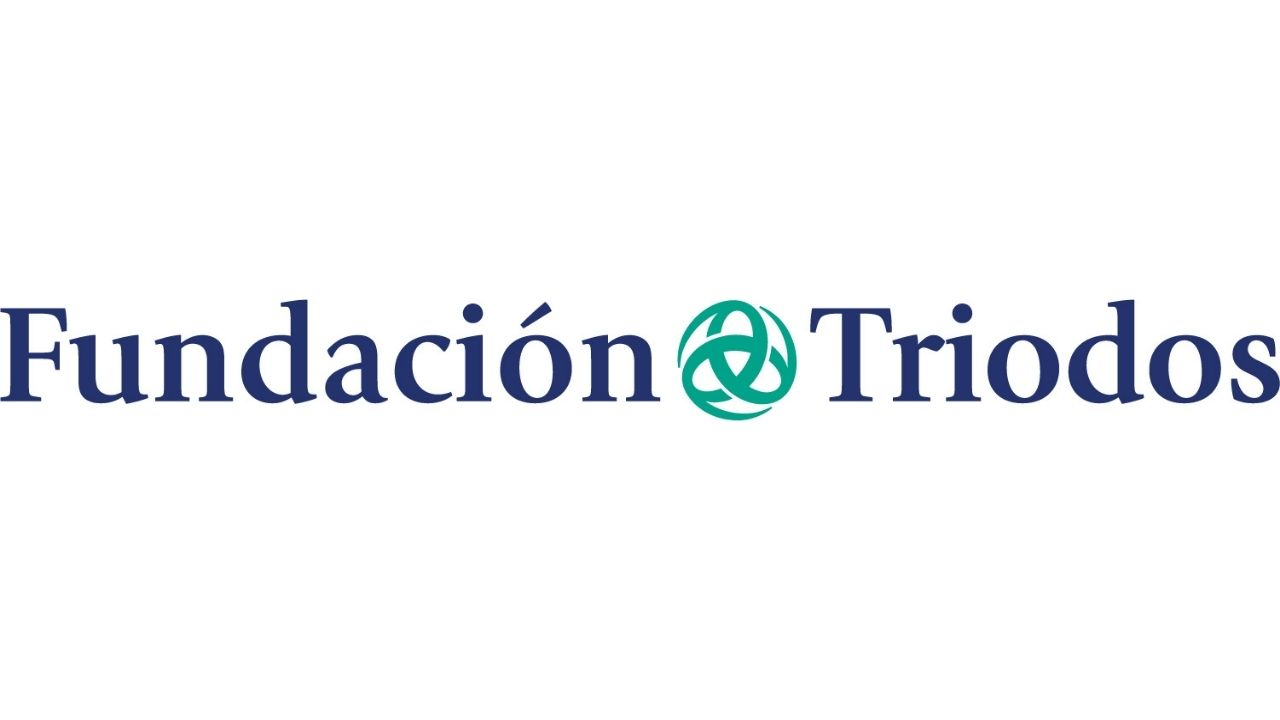