The Hay Festival in Peru announces with enthusiasm and approval the second Hay Forum Moquegua, which was held on November 2 and 3, thanks to the sponsorship of Anglo American. The events were held digitally and free of charge. 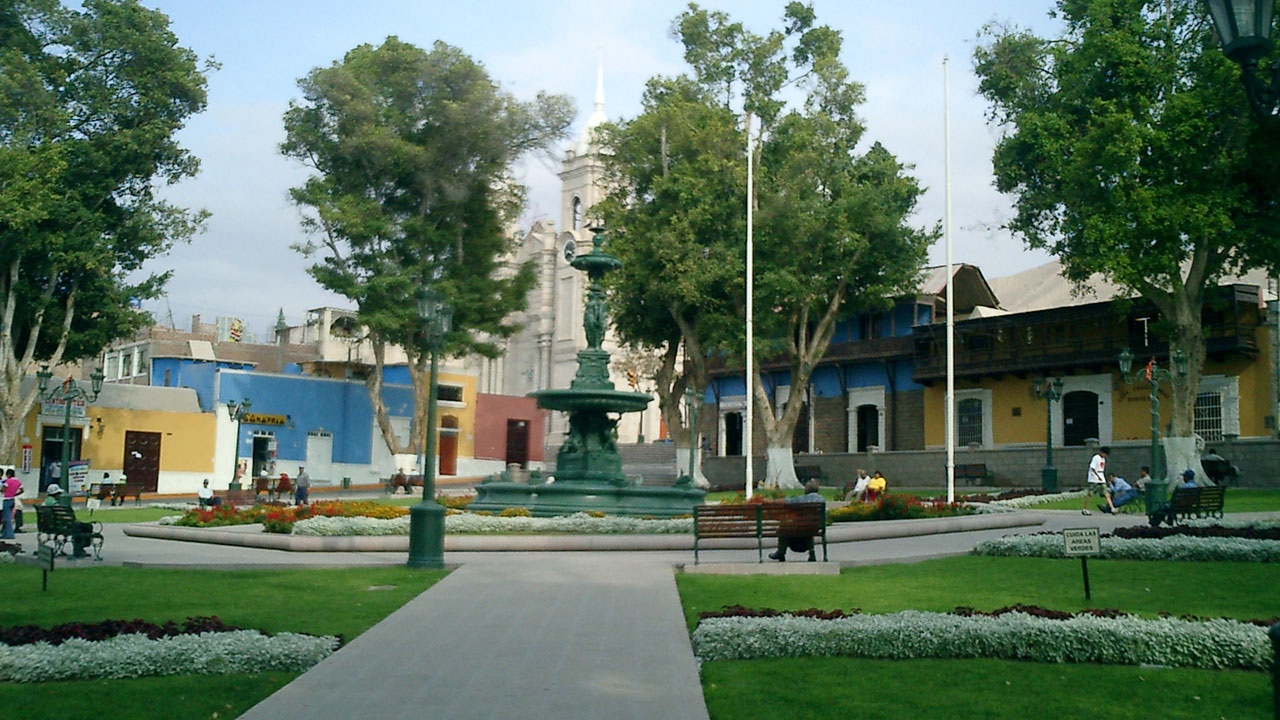 The writing trade. Andrea Abreu and Katixa Agirre in conversation with Jorge Turpo

Literary event with two Spanish writers who have recently gained both critical and popular success, in conversation with Jorge Turpo. The journalist and writer, Andrea Abreu (Spain), has worked with publications such as Tentaciones (El País), Oculta Lit, LOLA (BuzzFeed), Quimera and Vice, and is the author of the poetry book Mujer sin párpados (2017), the fanzine Primavera que sangra (2017) and the novel Panza de burro (2020), which tells the story of friendship among girls growing up in the Canary Islands. Katixa Agirre (Spain) has a doctorate in Audio-visual Communication, lectures at the University of the Basque Country and is the author of ten books of fiction. Her most recent novel, Amek ez dute ("Mothers don't) (2019), reflects on maternity from two different points of view: that of a filicide woman, and that of the novel’s narrator, a woman about to give birth.

So near and yet so far: libraries during the pandemic. Souldes Maestre, Ezio Neyra and Marcelo Quevedo in conversation with Alex Alejandro

The pandemic has presented great challenges to libraries and ways in which they can deal with the public. We hear about three cases of libraries which, in the midst of this extraordinary situation, found new users and turned the threat into an opportunity. Souldes Maestre, librarian at the Kankuaka Public Library (Sierra Nevada, Colombia); Ezio Neyra, Head of the National Library of Peru; and Marcelo Quevedo, Head of the Manuel Belgrano Public Book and Media Library (Argentina), will talk to Alex Alejandro, Director of Library Policy Development at the National Library of Peru.

What are viruses really? Why do they affect us so much? How can we learn to live with these creatures, which are not really living but which behave as if they were? At a time when a virus is dictating how we all live, we need to listen to experts such as Miguel Pita (Spain). A Doctor of Genetics and Cellular Biology, researcher, lecturer and popular scientist, he is the author of the successful El ADN dictador (2017) and Un día en la vida de un virus (2020). In conversation with the BBC Mundo journalist, Ana Pais.

Poet, dramatist, performer and designer, Inua Ellams is one of the most sought-after performing artists in the United Kingdom for his varied body of work. He is a member of the UK’s Royal Society of Literature and an ambassador of the Ministry of Stories organization, which promotes the potential of young writers aged between 8 and 18. Author of several poetry books, including The Half-God of Rainfall, he won a Fringe First award at the Edinburgh International Festival for his first play, The 14th Tale. Ellams also wrote the acclaimed play Barber Shop Chronicles. As well as his prolific graphic and literary production, he founded the Midnight Run, urban walks taken between nightfall and dawn, and the R.A.P. Parties, which combine the poetry slam format with urban music performance.

Simultaneous translation from English to Spanish

The Spy of the Incas. Rafael Dumett in conversation with Jorge Bedregal

Susana Baca in conversation with Rodrigo Sarmiento and Raúl Álvarez

The extraordinary singer and music researcher, Susana Baca, will talk to Rodrigo Sarmiento, writer and biographer of Chabuca Granda, and author de Llegando rasgando cielos, luz y vientos, published by the Ministry of Culture, and to the historian and sociologist Raúl Álvarez Espinoza, talking about her experiences with, and telling anecdotes about, the great singer and songwriter, Chabuca Granda, on the occasion of the centenary of her birth. During the session we will have the opportunity to hear about the impressions left by the writer of “La Flor de la Canela” on Peru’s most famous living singer, the very talented Susana Baca.

Is it possible to create a human? Philip Ball in conversation with Juan Carlos Pérez

Philip Ball has written over 20 books about molecular chemistry and science in the 21st century, as well as works of biography and fiction. His latest book is How to Grow a Human, a work in which Ball, based on an experiment carried out on cells extracted with his own skin, explains to the reader how almost any kind of cell can be converted into another, different kind. Would it be possible to create a complete human being? In conversation with the BBC Mundo journalist, Juan Carlos Pérez.

Simultaneous translation from English to Spanish

Followed by 15 minutes of questions from the audience

Resilience, or how to work on ourselves. Pablo d’Ors in conversation with Enrique Planas

Perhaps the longest journey is the journey into our own interiors. Among the wide variety of Spanish writers, there is one who has given us some truly enlightening work, writings that can help us to explore inside of ourselves. His name is Pablo d’Ors, writer, priest, founder of the association Amigos del Desierto (“Friends of the Desert”) and author of Biografía del silencio. Here is a figure who can help us to discover what is most important in life. In conversation with Enrique Planas

Returning to nature. Gabi Martínez in conversation with Alonso Rabi

Gabi Martínez (Spain) became an apprentice shepherd in wintertime in the wilds of Extremadura in order to experience a way of life that his mother grew up with. There he lived in a hut without heating or running water, caring for over 400 sheep. Gabi Martínez has created an outstanding work of nature-writing in the pages of his most recent book, Un cambio de verdad (2020), a story of learning. This discussion, one with great appeal to the senses, takes us to a world of farmers, shepherds, ecologists, men and women who subsist in a part of Spain that is hardly known to outsiders. In conversation with Alonso Rabi.

Wade Davis and Gabor Maté in conversation with Pedro Favaron

A conversation intended to demythologize aspects of the folk medicine of America’s native populations, and to analyse the exchange of knowledge and resources in order to reflect on the phenomenon of cultural appropriation. Wade Davis (Colombia-Canada) is an anthropologist, ethnobotanist, author and photographer. His work takes, as its subject, native and indigenous cultures from around the world, particularly the Americas. Dr Gabor Maté, an acknowledged expert on addictions and the author of various books — his latest is the bestseller In the Realm of Hungry Ghosts — that, based on the latest science and personal stories, show that all addictions originate in trauma and emotional loss. In conversation with Pedro Favaron.

With the support of Blue Metropolis and the Canadian Embassy

La Lá is the pseudonym of Giovanna Núñez, who sings and composes with this name since 2009. La Lá’s musical career has been molded by her intention to share music that she has sincerely wanted to create, without thinking about its commercial success. She has traveled around Latin America and Europe representing Peru in festivals of the cultural industry and independent musical scene of countries such as Mexico, Chile, Spain and Colombia. In the context of the Hay Festival, with her guitar and her voice, La Lá presents a selection of songs from her albums Rosa (2014) and Zamba puta (2017), and her third unreleased album.