Loughcrew is a site of considerable historical importance in Ireland. It is the site of megalithic burial grounds dating back to approximately 3500 and 3300 BC, situated near the summit of Sliabh na Caillí and on surrounding hills and valleys. Passage tombs on the site are aligned with the Equinox sunrise.

The cairns will be open with an OPW guide present. 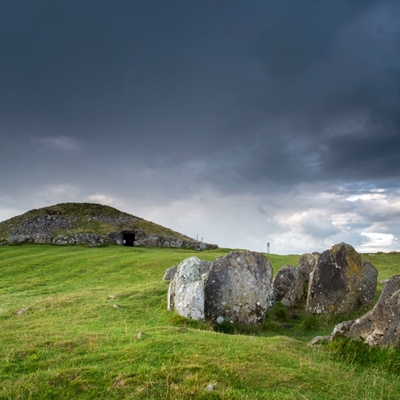 Enjoy a guided tour of Loughcrew Gardens and Loughcrew Lake (Lake Creeve – the lake of the branches). This is a 4km walk across the park and through the woods, with talks on the history of Loughcrew Estate and the surrounding landscape with its flora and fauna.

The Easter Rising might never have happened were it not for the cultural revolution that preceded it. Meath historian Séamus McGabhann examines the impact of Meath’s scholar-poets from Gallegan to O’Growney, who helped salvage Ireland’s Gaelic heritage, which was a vital resource for the nationalist thinkers and writers who were to forge a new Irish identity in Irish and English in the modern era.

Noel has written widely on the local history of Meath. His most recent publication is entitled 1916 Meath and More. His talk outlines some of the influences that developed in Meath leading to the Rising, the many links the county has with the Rising, and its aftermath. Focusing on human lives, he examines some of the interesting individuals and incidents of the period.

As the British Army and the Volunteers – mostly the former – laid waste to Dublin during Easter week 1916, other lives were put at risk, including those of the firemen entrusted with the task of ensuring the city centre wasn’t razed to the ground. Las Fallon, himself a Dublin fireman, will talk about the history of the Dublin Fire Brigade during the Rising and the later Anglo-Irish and Civil wars.

Crucial in the organisation of the Rising was the American input of Clan na Gael. But how did the US Government react to events in Dublin? Professor Glen Gendzel teaches American history at San Jose State University.

Among the earliest casualties of the Easter Rising was Dublin Metropolitan Police Constable Michael Lahiff. Although unarmed at the time – as were all his uniformed DMP colleagues – he was killed in the Stephen’s Green area. Sergeant Paul Maher of the Garda Historical Society examines the role of the DMP during Easter Week.

Entry to events below with Sinead McCoole, Catriona Crowe and Padraig Yeates

Curator, historian, author and broadcaster Sinead McCoole has made a huge contribution to the historiography and literature of the 1916 Rising with her book Easter Widows: Seven Irish Women Who Lived in the Shadow of the 1916 Rising. It explores the legacy of Easter Week in terms of the effect it had on the families deprived of husbands and sons by the British military response to the insurrection.

One of this country’s great treasures is the National Archives and the greatest treasure of that institution is Catriona Crowe, historian and archivist. She examines the economic, cultural and political life of Dublin in the days before the Easter Rising.

Who better to examine the effect of the 1916 Rising on the nation’s capital than ‘the historian of Dublin city’ himself? The city bore the brunt of the IRB Military Council’s Easter adventure. Historian and journalist Padraig Yeates is the author of a number critically acclaimed works on Dublin, including Lockout: Dublin 1913 and A City in Wartime: Dublin 1914–18.

Launch of the Type Trail

The Type Trail celebrates letters and the modern art form of typography. Each year one word is reimagined and recreated in 20 public art installations around Kells. RISE will be reinterpreted in multiple forms by local artists in the 2016 Type Trail, weaving its way around the town’s historic streets.

A welcome guest from the West Coast of the USA, Tony Bucher is steeped in the history of ‘Irish’ San Francisco. Not all of it was to the credit of our ancestors in the ‘City by the Bay’, of course. Tony focuses on some of the more dubious characters in Irish Rogues of the Barbary Coast. 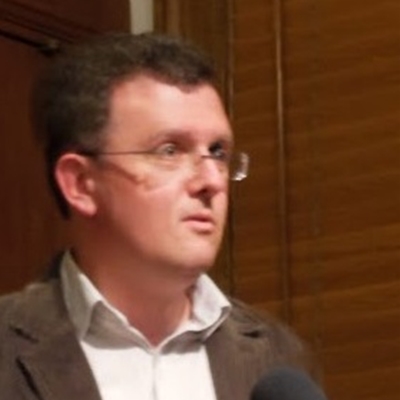 Spanning four centuries of Irish writing, Sinead Gleeson’s anthology of the short stories of thirty Irish women writers, The Long Gazeback, was one of the best selling Irish books of 2015. The eclectic mix of writers favours the contemporary but also harks back to the likes of Maeve Brennan and Somerville & Ross. Sinead (The Book Show, RTÉ Radio 1) is joined by one of the contributors, Lisa McInerney, to talk about short stories, anthologies and women’s voices. Bring your copy of the book and come with questions...

Helen’s first novel Swimming on Dry Land is set in a small fictional mining town in south-west Australia. Monica Harvey, a twelve-year-old English girl, is looking for her younger sister, Georgie. It becomes clear that Georgie’s is not the first disappearance in the town. Helen lives in County Meath and works as a drama therapist.

Playwright, songwriter, historian, politician, teacher – Brian Ervine wears a number of hats. If you are a student of the affairs of Northern Ireland he is the former leader of the Progressive Unionist Party. However, if your interest lies more in the direction of the history of the Great War Brian is the author of Somme Day Mourning, which tells the story of the thousands of working class Ulstermen who gave their lives or their limbs on 1 July 1916, the infamous first day of the Battle of the Somme. As we approach the centenary of that fateful day Brian will talk about the ‘Sons of Ulster’ and their role in the battle.

Supported by the Department of Foreign Affairs

There may be other, more recent contenders for the title ‘Most Divisive Irish Politician’ but for many years the man in undisputed possession of the accolade was former Taoiseach and President Eamon de Valera, survivor of the Easter Rising, leading opponent of the Anglo-Irish Treaty, creator of the 1937 Constitution and founder of Fianna Fail. Professor Ronan Fanning will discuss his new account of the life of ‘The Long Fellow’, Eamon de Valera: A Will to Power, described by the Irish Times as ‘a lucid biography of the ultimate conviction politician’. 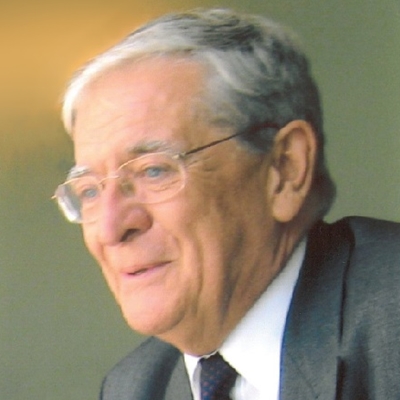 Read more
The story of how ‘one messy murder affects the lives of five misfits who exist on the fringes of Ireland’s post-crash society’ in Lisa McInerney’sThe Glorious Heresies comes with accolades heaped upon it by the likes of Joseph O’Connor, Kevin Barry and Donal Ryan. Lisa’s blog about life on a Galway council estate - ‘Arse End of Ireland’ - introduced readers to the darkly comic style that is evident in The Glorious Heresies. Lisa has been nominated for the 2016 Baileys Women’s Prize for Fiction.
This event has taken place 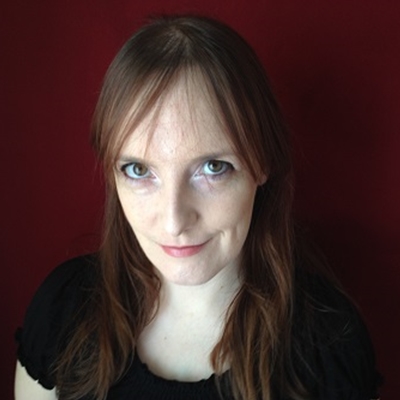 This lively new study deals with Oscar Wilde’s professional links with women writers, journalists, actors and activists and connects these experiences with an examination of his relationship with his mother Jane, his wife Constance, his friend and ally Ada Leverson and with other women friends.

‘I made a conscious choice…to write from the guts, to channel all my grief and rage onto the paper…’ – Irish Times. She’s a native New Yorker who has come to rest, for a while at least, in County Meath. Freedom Oliver, the main protagonist of her novel Freedom’s Child, is ‘the blacker part of my soul that needed to be let out’. She’s addicted to writing. Her visceral prose is as addictive as it is direct. She says she has enough skeletons in her closet and enough demons on her back to keep her writing for the rest of her life.

Emily Hourican is a journalist, writer and mother of three. Her first novel, The Privileged, was published in April and became an immediate bestseller. It’s a story of friendship, honesty, loyalty, and an awful lot of parties. Before it came out, Emily was diagnosed with an unusual viral form of mouth cancer, and wrote about her treatment in a series of very honest columns for the Sunday Independent. Delighted to be well again, Emily will be joined by Sinéad Gleeson of RTÉ’s The Book Show to talk about writing, reading and living well. 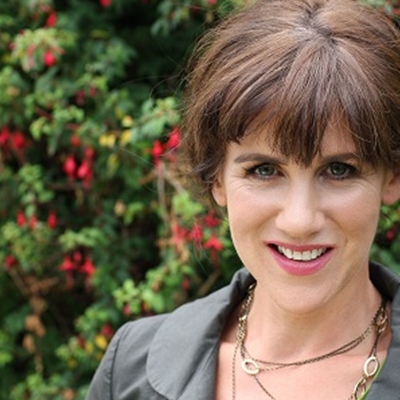 Ireland and the Somme

As we approach the centenary of the start of the most destructive military operation in Irish and British military history, how should Irish nationalists and unionists remember the Battle of the Somme? Discussing the issue of remembrance with Myles Dungan (The History Show, RTÉ Radio 1) will be Kingsley Donaldson (Causeway Institute for Peacebuilding and Conflict Resolution), playwright Brian Ervine (former leader of the Progressive Unionist Party) and John Loughran (Sinn Fein blogger).

Supported by the Department of Foreign Affairs

Vanessa Ronan has packed a lot of locations (Texas, Mexico, New York, Edinburgh, Dublin) and vocations (dancer, barmaid, student, dance teacher, writer) into a very short life. Her debut novel The Last Days of Summer has been critically lauded by, among others, Joseph O’Connor (‘a debut written with the empathy and authority more usually encountered in the work of an established novelist’). Set in ‘a forgotten prairie town that knows no forgiveness’, Ronan’s novel begins with the release of Jasper Curtis from jail into the care/custody of his wary sister. 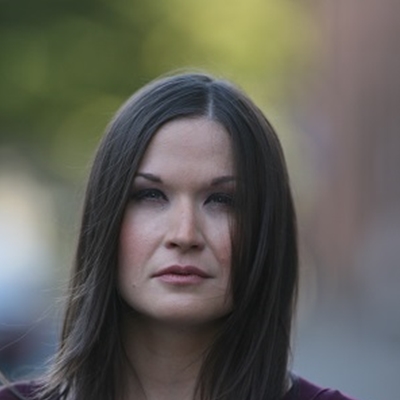 Satirist, polemicist, crime novelist, journalist – there isn’t much Gene Kerrigan can’t do with a good word processing programme. He doesn’t bother to conceal his anger in print when laceration is required. In his most recent work, a significant contribution to 1916 studies, ‘Kerrigan uses a journalist’s research skills and a thriller writer’s pacing’ according to the Irish Times. The focus of The Scrap is not the signatories – they have walk-on parts in the book – but a unit of young Volunteers, F Company, 2nd Battalion, some of whom, like Abbey actor Arthur Shields and soccer administrator Oscar Traynor, went on to subsequent fame.

Double Bill: Tribute to Two Great Writers No Longer With Us

This is the story of a writer and his place, of his horse, his dog and 3,000 migrating barnacle geese. Filmed over six months, The Writing in the Sky is both the portrait of Dermot Healy, an artist, novelist, poet and playwright, and of a magnificent landscape and its inhabitants, human and animal.

This is a deeply moving portrait of Maurice Sendak, a most cherished, talented and controversial figure in children’s literature, who is conflicted with his success, and whose lifelong obsession with death has subtly and ironically influenced his work. From Lance Bangs and Spike Jonze, acclaimed director of the film Where The WildThings Are, based on Maurice Sendak’s book.

In their first collections, two black American poets tackle race, family, identity, their careers, and how to maintain their marriage in the midst of it all. Both poets hold Masters of Fine Arts degrees and have published extensively in journals and anthologies. Teri Ellen Cross Davis is the author of Haint. Hayes Davis’s book is Let Our Eyes Linger.