Echoes Of A Vanished World: A Traveller’s Lifetime In Pictures

The great explorer, one of the founders of Survival International, has been a tireless champion of tribal peoples and a photographer of their homelands as they have been eroded by the modern world.

If a panda gets pregnant, the entire nation celebrates. But if a woman gets pregnant she’s treated like a criminal. What kind of country is this? The author of Red Dust and Beijing Coma introduces his new novel The Dark Road. He is joined by the brilliant satirical author of Serve The People and Lenin’s Kisses, who is shortlisted for the Man Booker International Prize. Flora Drew interprets.

The Internet And The New Constituencies

How are social media, blogging and Twitter changing the way 'consumer voters' connect with politicians? The Mumsnet founder is joined by right-wing Westminster blogger Guido Fawkes, the Labour digital campaigner and the Parliamentarian of the Year to discuss the new political powers.

In association with Mumsnet

The 2012 Great British Bake Off champion is joined by The Fabulous Baker Brothers to celebrate the national obsession, and to design a 26th birthday cake for the festival.

How do we take care of a future world we decisively shape but may not live to see? A panel discussion on futures in the context of energy, new technologies and law. Adam and Groves from the Social Sciences Dept discuss with psychologist Butler and property lawyer Stokes.

Three of the writers shortlisted for this year’s prize read from their work. Davis (USA) will read from her Collected Stories. N’Diaye (France) reads from Three Strong Women. Husain (Pakistan) reads from his novel Basti.

Intizar Husain was born before Partition in Uttar Pradesh, India, on 21 December 1925. He emigrated to Pakistan in 1947 and now lives in Lahore. He gained a Master’s degree in Urdu and another in English literature. An author of short stories and novels, he worked for the Urdu daily, Imroze, and for the Urdu daily Mashriq for many years. He now writes a weekly column for the Karachi-based English language newspaper Dawn.

A chronicler of change, Husain has written five novels and published seven collections of short stories. Only one of his novels is translated into English and there are five volumes of his short stories published in English translations. Naya Gar (The New House) paints a picture of Pakistan during the ten-year dictatorship of General Zia-ul-Haq. Agay Sumandar Hai (Beyond is the Sea) contrasts the spiralling urban violence of contemporary Karachi with a vision of the lost Islamic realm of al-Andalus, in modern Spain. Basti, his 1979 novel, which traces the psychic history of Pakistan through the life of one man, Zakir, has just been republished as one of the New York Review of Books Classics. Keki Daruwalla, writing in The Hindu in 2003, said ‘Intizar Husain’s stories often tread that twilight zone between fable and parable. And the narrative is spun on an oriental loom.’

Marie N’Diaye, born on 4 June 1967, is a French novelist and playwright. Her father, who was Senegalese, returned to Africa when she was a baby, and she was raised by her French mother, a secondary-school science teacher, in a town called Pithiviers, south of Paris. She began writing at the age of 12. Her first novel, Quant au Riche Avenir (Regarding the Rich Future) was published when she was 18 by Jérôme Lindon, who had been Samuel Beckett’s great champion. Rosie Carpe (2001) won the Prix Femina, and Papa Doit Manger (Daddy’s Got To Eat), a play she wrote ten years ago, was only the second play by a woman to be taken into the repertoire of the Comédie Française. Her most recent novel, translated into English as Three Strong Women and published in the summer of 2012, won France’s most respected literary prize, the Prix Goncourt in 2009. Fernanda Eberstadt in the New York Times described it as ‘the poised creation of a novelist unafraid to explore the extremes of human suffering’, and said that N’Diaye is ‘a hypnotic storyteller with an unflinching understanding of the rock-bottom reality of most people’s lives.’

Read more
The vibrant Malian world music superstar performs in Hay before playing Glastonbury and WOMAD. This is the first of three Hay Festival concerts honouring the people of Hay’s twin town of Timbuktu.

Rokia Traore’s new album Beautiful Africa is produced by John Parish (PJ Harvey, Eels, Sparklehorse), and has received countless 5 star reviews. Rokia was the first artist announced for Glastonbury in 2013, and she was one of the highlights of the recent Africa Express tour, at which she performed alongside greats such as Damon Albarn, John Paul Jones and Sir Paul McCartney.

Find out more at www.rokiatraore.net

Presented by The Sound Castle and celebrating Hay2Timbuktu 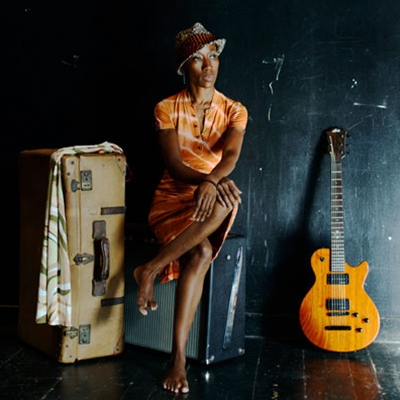 Read more
The singer and songwriter plays Hay and celebrates the Folk Tale album, the latest in his long and fruitful musical collaboration with Declan Sinnott, which features his now classic rendering of the heart-rending song 'Morecambe Bay'.


See more at www.christymoore.com
This event has taken place

Presented by The Sound Castle and sponsored by Radnor Arms Camping 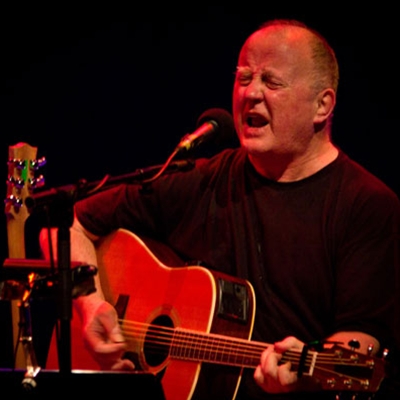 The Future Of Bookselling

In 2014 the great bookshop Foyles will move down Charing Cross Road into the building formerly occupied by Central St Martins. The architect and Foyles’ Marketing chief will discuss their ideas for re-imagining C21st bookselling and invite our suggestions and requests for the physical environment and retail experience. Chaired by Philip Jones, editor of The Bookseller.

The first public interview with Lydia Davis, winner of the 2013 Prize, which was awarded in London on 22 May. Previous winners have been Ismail Kadare, Chinua Achebe, Alice Munro and Philip Roth.

The LSE Lecture: 100 Years And Counting

In 2013 the collections of the Women’s Library move to join those at the Library of the London School of Economics to create a powerful resource for discovering the history of campaigning women. The Library Director explores some of the stories revealed in the collections. Chaired by Gaby Wood.

In association with the London School of Economics

One summer, the author was bequeathed a hundred pounds of ripening apricots, which lay on her bedroom floor – a windfall, a riddle, an emergency to be dealt with. The fruit came from a neglected tree that her mother, gradually succumbing to memory loss, could no longer tend to. From this unexpected inheritance came stories, invitations and adventures; in a library of water in Iceland, in the basin of the Grand Canyon, in the imagined emptiness of the Arctic. Chaired by Rosie Goldsmith.

The story of Gabriele D’Annunzio: poet, daredevil and Fascist, who in 1919 declared himself Commandante of the city of Fiume in modern-day Croatia to establish a utopia based on his fascist and artistic ideals. It was the dramatic pinnacle to an outrageous career. Chaired by Sarah Crompton.

Medieval-themed games, gifts, songs and stories, nestled in the heart of Hay Castle. Step back into Hay’s medieval past with hands-on history, archery and good ales, presented by Ludlow Medieval Christmas Fayre.

Tickets also available on the gate

Read more
Write your own adventure. Suspense, settings, plot and character will be covered in a masterclass with Josh Lacey. Pencils and paper provided. Places limited.


9+ years
This event has taken place

With singing and performance, Julia’s exuberant show brings to life characters from The Highway Rat, The Singing Mermaid and, of course, The Gruffalo.

Join Princess Evie and her lovable pony pals as they whisk her off to faraway magical lands in every story.

We start this special documentary series with the 2013 Oscar-winning documentary by Malik Bendjelloul.

In the late ‘60s, a musician was discovered in a Detroit bar by two celebrated producers who were struck by his soulful melodies and prophetic lyrics. They recorded an album that they believed was going to secure his reputation as one of the greatest recording artists of his generation. Despite overwhelming critical acclaim, the album bombed and the singer disappeared into obscurity amid rumors of a gruesome on-stage suicide. But a bootleg recording found its way into apartheid South Africa and, over the next two decades, it became a phenomenon. Two South African fans then set out to find out what really happened to their hero. Their investigation led them to a story more extraordinary than any of the existing myths about the artist known as Rodriguez. This is a film about hope, inspiration and the resonating power of music.

Screened with huge thanks to Studio Canal, Passion Pictures and Red Box Films

Mariella Frostrup interviews an exciting line-up of authors and special guests at the festival in this exclusive recording by Sky Arts.

Hay Castle, once a great medieval stronghold, is alive with possibilities once again. Find out more with architectural historian Richard Suggett of the Royal Commission on Ancient and Historic Monuments of Wales, on a guided tour of the 12th Century keep, Jacobean mansion and Victorian service buildings. Includes tea and a bun.