Novelist John Banville, a long-standing contributor to The New York Review of Books, has published many novels and been awarded just about every leading literary prize, from the Booker in 2005 for his novel The Sea, to the Franz Kafka Prize in 2011, along with Spain’s Premio Leteo, the Liber, and in 2014, the Príncipe de Asturias de las Letras.

Writing under the pseudonym Benjamin Black, he has published a series of detective novels that have been critical and commercial successes. In the latest, The Black-Eyed Blonde, he was invited by the estate of Raymond Chandler to revive the legendary detective Philip Marlowe. His most recent novel as John Banville translated into Spanish is The Blue Guitar. The author talks to writer and journalist Marta del Riego.

Simultaneous translation from English to Spanish.
This event has taken place

In collaboration with Ireland Exchange Literature, The Embassy of Ireland in Spain and Vanity Fair. 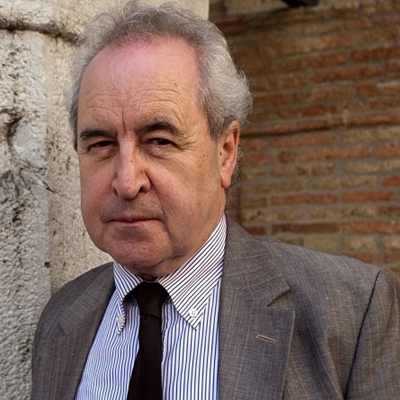