Perhaps the issue of greatest urgency today is the terrible impact that human activity is having on the planet Earth, threatening thousands of species and ecosystems with extinction, and even putting the viability of our own species at risk. Books such as The Sixth Extinction are of great importance for teaching us about this situation. This international bestseller by the journalist Elizabeth Kolbert (United States) won the Pulitzer Prize for Nonfiction in 2015. In this work the author looks at how human activity has disturbed the balance of nature, to the point that it is the greatest threat to the planet’s biodiversity and on the point of causing the world’s next mass extinction. Kolbert has written regularly for The New Yorker since 1999, specializing in scientific subjects, and in her most recent book, Under a White Sky (2021), she asks what can be done to stop and repair the damage being caused by humans, looking particularly at the work of biologists, engineers and researchers who work tirelessly for the conservation and restoration of nature. In conversation with Carla Santana Torres.

With the support of Tecnológico de Monterrey 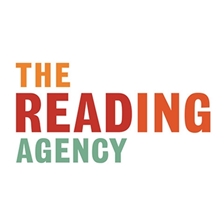