A world without Internet?

That a majority of the population is dependent on the social media, or that the Internet forms an essential part of our lives is no news. Yet what would happen if the Net went down? Some specialists do ask themselves this question, and one of them is Esther Paniagua. In her book, Error 404, she thinks about whether we are prepared for a world without Internet, and covers the chaos that could break out in the case of an Internet interruption. She also reveals who the guardians of the Web truly are. The book is not a dystopia, but rather an essay aiming to anticipate something that may happen, to allow us to prepare before it is too late. Paniagua is an independent journalist who specializes in science, technology and artificial intelligence.

She will talk to the publisher Miguel Aguilar, manager of imprints such as Taurus and Debate.

Organized together with Acción Cultural Española, AC/E, Spain, Guest Country of Frankfurt 2022 and with the collaboration of Penguin Rnadom House Publishing Group and IE University 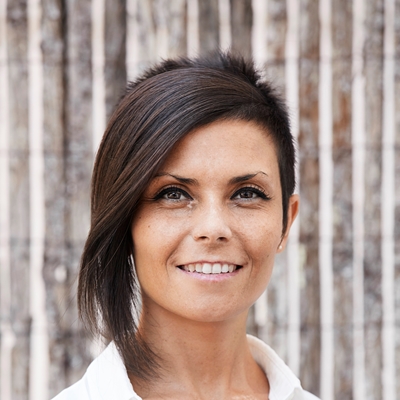 John Simenon and Caroline Michel in conversation with Miquel Molina

The name of Georges Simenon is linked to the astronomical figures racked up by the sales of almost two hundred titles (191 to be exact): 550 million copies sold to many millions of readers around the world. A big part of this stellar success is Inspector Maigret, who features in almost a hundred of his novels. Now the name of this prolific and bestselling writer, born in Belgium and who lived in Paris for much of his life, is becoming literary news again thanks to new editions of some of his novels, published together by Anagrama and Acantilado, as well as to the recent release of the film Maigret by Patrice Leconte, starring Gerard Depardieu. Two people who know his work well will talk about Simenon’s life and work at the Hay Festival Segovia: his son John Simenon, who manages his father’s bequest and has been involved in the production of some of the films based on his work; and Caroline Michel, an outstanding British cultural figure and Chair of the global Hay Festivals.

Simenon and Caroline Michel will talk to the writer and journalist Miquel Molina, Assistant Editor of La Vanguardia.

The event will be presented by María Sheila Cremaschi, director of Hay Festival Segovia, Florence VanHolsbeeck, economic and commercial counsellor and representative of Wallonia-Brussels International (WBI) and Pablo Gonzalo, Global Head of Culture and Knowledge of Fundación Telefónica.

With simultaneous translation from Spanish to English and vice versa

Organized together with the Fundación Telefónica and the Region of Wallonia. With the participation of the International Brussels-Wallonia Federation, the Belgian Walloon Tourist Association and the Madrid Office of the Walloon Agency for Foreign Export and Investment, represented by Florence VanHolsbeeck, and La Vanguardia