Hay Forum Ayacucho was held on October 31 and November 1, thanks to the support of TGP. The Forum was completely free and digital. 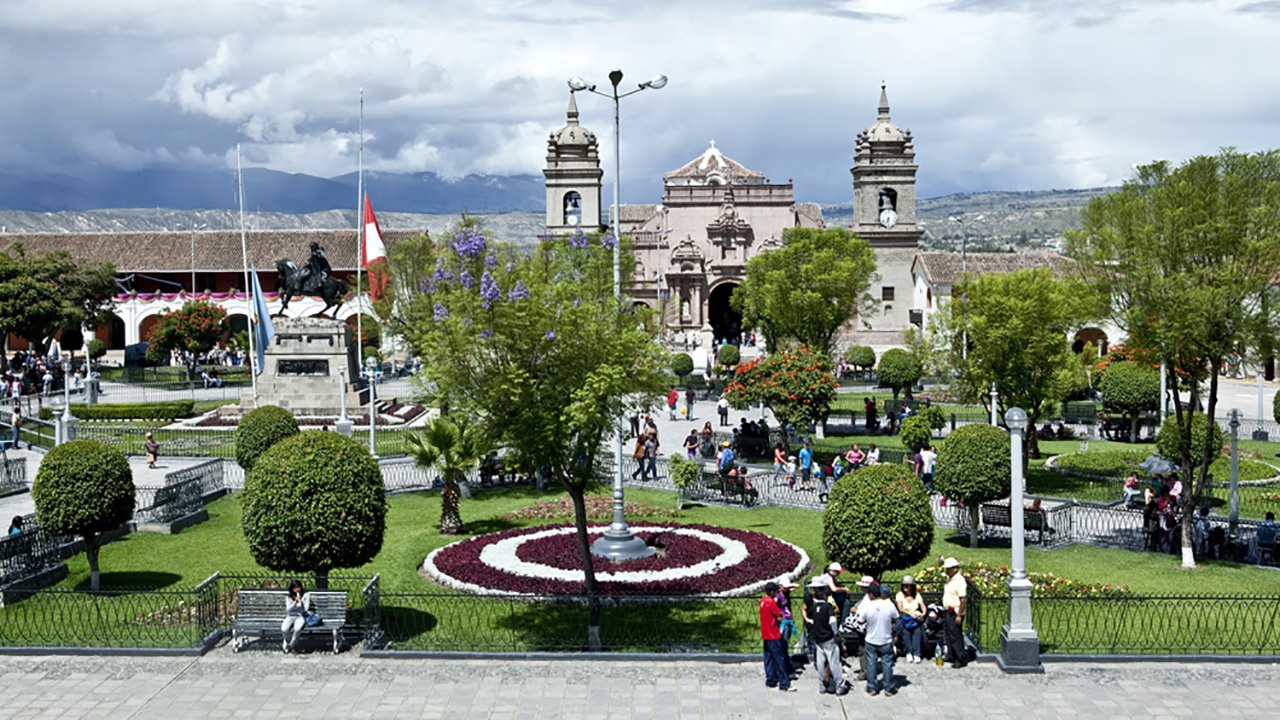 Micaela Chirif writes poetry and album books. Three of her books (Desayuno, Dentro de una cebra and Buenas noches, Martina) have been recognized in the annual White Ravens selection of the Internationale Jugendbibliothek book fair in Munich. In 2013, her book ¡Más te vale, mastodonte! won the prestigious album completion, A la Orilla del Viento. In 2017 she won the Cuatrogatos Foundation Prize and in 2019 received an honourable mention at the Talking Pictures awards given at the New York Rights Fair. That same year she won the Hispano-American Prize for Children’s Poetry. In 2020, her book ¿Dónde está Tomás? was given an award by the UNESCO PUC-Rio Reading and Literacy Chair and selected by Crescer magazine as one of the 30 best children’s books of the year. Her work has been translated into English, Portuguese, French, Korean and Japanese. On this occasion, Micaela Chirif offers an event intended particularly for teachers and educators: a look at Peruvian children’s literature, based on two of her books, Animales peruanos and Hermana y hermano.

Two acclaimed Peruvian photographers will talk to Paola Ugaz about their work. Marina García Burgos studied photography at Lima’s Kodak Centre, at the International Center of Photography in New York and at the Central Saint Martins School of Art in London. She works mainly on artistic and documentary photography, having previously worked for over 15 years as a fashion and advertising photographer. The photographer Morgana Vargas Llosa spent 11 years working for El País in Spain, during which time she carried out photo reports in Ecuador, Albania, Kosovo, Iraq and Palestine/Israel. After moving to Peru, she put her country in front of the lens, travelling through and documenting its most remote territories and stories.

Essential workshop on digital journalism with the BBC Mundo journalist Carolina Robino (Chile), at which she explains the working model of one of the media organizations most respected around the world for its rigor and news quality. Robino began as a journalist working as a writer with La Época, the first dissident news outlet founded during Pinochet’s military regime. She was later National Editor and Culture Editor of the Chilean magazine Hoy. She joined the BBC Mundo team in 2006, where she has worked as a video editor, Senior Journalist, and General Editor, her current position.

Yesenia Montes studied Psychology at the Universidad Nacional Mayor de San Marcos and is the coordinator of the educational association Puriyninchik, a travelling reading project that takes books in Quechua and in Spanish to children and young adults in Ayacucho. At this event, she shares with the public three of her own comic books: Imaynallam (“How are you”?), for learning how to greet people in Quechua; Uywakuna (“Animals”), for learning about the region’s animals; and Pichqa chiwchicha (“Five chicks”), the adaptation of a popular children’s story. An activity about the importance of reading and creating literature in Quechua for children.

Simultaneous translation from Quechua to Spanish

Emphatically contemporary music in Quechua, incorporating both global and Peruvian rhythms. This is the style of Renata Flores, a singer from Huamanga, Peru. Singing in Quechua, his music is rooted in Afro-Peruvian, soul, Andean, hip-hop, pop and Latin trap. In 2015 he recorded a Quechua version of The Way You Make Me Feel, by Michael Jackson, which became a hit. This cover was followed by others of Roxanne (The Police), Fallin’ (Alicia Keys) and Earth Song (Michael Jackson). Since 2018 he has been writing his own compositions.  In conversation with Katherine Subirana, journalist of El Comercio.

Aged just 42, Jimmy López Bellido has become the world’s most famous Peruvian classical composer. He trained at the Lima Conservatory and at the Sibelius Academy in Finland, and currently lives in Berkeley, California. His symphonies and concertos are regularly played by the most important orchestras, conducted by renowned maestros, in Europe and the Americas. López Bellido is a true source of inspiration for young Peruvians, and he will offer his experiences as well as some unforgettable anecdotes, in conversation with Hernando Torres-Fernández.

Javier Gómez Santander (Spain) was the Script Coordinator and an Executive Co-producer on the acclaimed series Money Heist, and our special guest today to talk about screen writing with Natalia Pianzola. He worked as a radio, television and press journalist for 15 years, until one day he decided to leave journalism and start writing. With a more Latin, emotional tone than is usual, something he admits was a deliberate approach, Money Heist has particularly connected with audiences in Spanish-speaking countries. Currently, Gómez Santander is working on new Netflix projects, such as Sky Rojo and White Lines.

Can we talk of creative cities? Two specialists will talk to Paola Donaire. The expert in cultural industries, Carmen Romero Quero (Chile), is a cultural manager, a prominent network facilitator in Latin America and General Manager and founder of the Santiago a Mil International Festival, an international contemporary performing arts festival that has been held each year in Santiago de Chile since 1994. In 2018 she was made a Knight of the National Order of Merit by the French government. José Carlos Mariátegui (Perú) is a writer, curator, culture and technology entrepreneur, committed defender of the cultural economy and founder of Alta Tecnología Andina (ATA), an initiative dedicated to the creation of art, science and technology projects in Latin America. Mariátegui studied Biology and has a degree in Applied Mathematics from the Universidad Peruana Cayetano Heredia (Lima). He has a Master’s and a Doctorate in Innovation and Information Systems, both from the London School of Economics.

Declared National Cultural Heritage as a valuable testimony of past times as well as a living tradition, the Tablas de Sarhua painted boards are graphic stories that are an expression of a community’s memory, which might sometimes include violent and fatal episodes. Sarhua, in Ayacucho, was one of the areas hit hardest by terrorism and the tablas have helped to both tell about and heal and the experiences of that period. The artist and illustrator, Venuca Evanán, and the researcher Gabriela Germaná will talk about the origins of the tablas, their different formats, both traditional and contemporary, their application within new social narratives and their place in Peruvian art of our time.

Andrés Garay and Mayu Mohanna will discuss Peruvian photography from the early years of the 20th century, guided by the researcher Carlo Trivelli, with whom they will explore the characteristics of photography as practiced in the provinces. Although Lima became the most important capital for the photography market in South America, recent research into the development of this art outside the capital city has unearthed fascinating discoveries and contributions in terms of the social and historical record of the Republic of Peru, as well as interesting aesthetic approaches around this practice.

If you don’t know the music of Renata Flores, don’t miss this concert, and if you are already a fan, enjoy! Flores will delight us with his Quechua language performance of music with an Afro-Peruvian, soul, Andean, hip-hop, pop and Latin trap mix. A very special concert for our global public.