The project Disappearing Wall is an interactive installation designed for public spaces whose objective is to celebrate Germany’s presidency of the Council of the European Union during the second half of 2020. This travelling installation will be inaugurated at the Hay Festival Segovia and will then be taken to the other participating countries in Europe. The objective is to symbolize the fading of the borders between countries through the exchange of their cultures. The installation stems from an idea by Marina Jablonina and executed by the engineer Werner Sobek at the request of the Goethe-Institut. The project consists of a methacrylate structure filled with approximately 6,000 wooden blocks, each with an engraved quote, either a thought from Hannah Arendt, part of a lyric from a Beatles song, a quotation from the movie Amélie or a citation from the Hungarian Nobel Prize winner Imre Kertész. Residents of the European Union were invited to participate by selecting their favourite quote, from which a jury selected the best ones. The public is invited to participate, taking as a souvenir one of the wooden blocks that make up the wall, so that the image will transform as passers-by see the “wall” become more and more transparent. The wall will gradually “disappear” and the phrases will "reappear" in the houses of those who took part in the project.

A project by the Goethe-Institut, funded by a special grant from the Federal Foreign Office for Germany´s EU Council Presidency in 2020 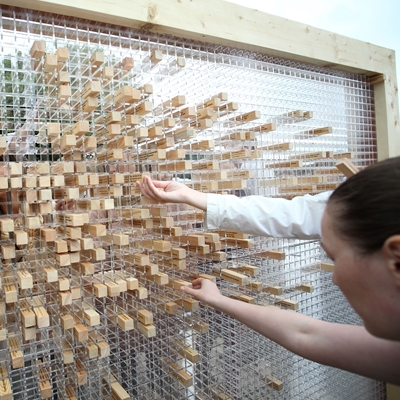 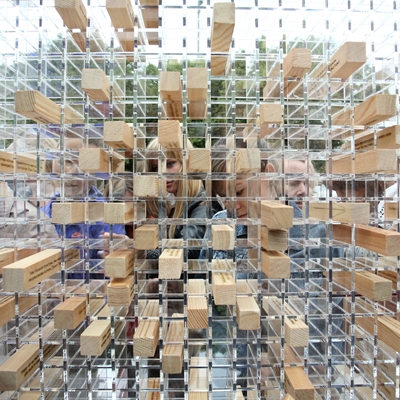