Homage to a generation that survived the postwar in Spain

Elvira Lindo has turned her parents into literary characters in her latest book, A corazón abierto, a tribute to the generation of children who lived through the civil war and withstood hardship during the post war. This fictional portrayal of her parents’ love story is for many her best work yet. She acknowledges that the book has been therapeutic. Once again, she deftly manages to present the story from different perspectives, be it as an essay, novel or screenplay. Lindo will always be remembered as the literary mother of Manolito Gafotas, who is more than a character of children’s fiction, he’s a member of the family for many readers. A regular contributor in press and radio, her fictional output, aside from the Manolito Gafotas collection, includes novels such as El otro barrio, Una palabra tuya (One word from you--Biblioteca Breve award) and Lo que me queda por vivir. Last year she published an insightful essay, 30 maneras de quitarse el sombrero (30 ways to take off one’s hat), in which she pays homage to 30 indomitable women, from Maruja Mallo to Mary Beard, who were forced to defy the establishment to make their mark in the world. Some of her novels have been turned into film.

Coorganised with Grupo Planeta and Banco Sabadell Foundation. With the collaboration of Teatro Juan Bravo, Provincial Government of Segovia and AC/E 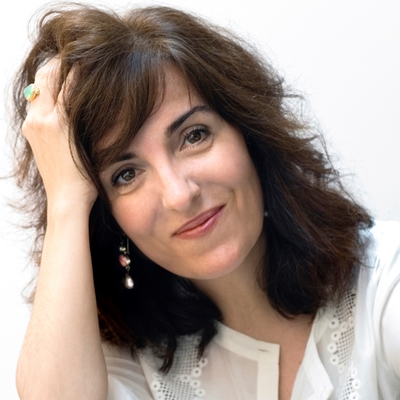